Meet Brittany Anne Usher; this pretty gal is the girlfriend and baby mama of former NFL player Chris Johnson. 5’11” Johnson a former running back who played with the Arizona Cardinals, New York Jets and the Tennessee Titans.

Prior to playing in the NFL, Chris played college football at East Carolina and back in high school at Olympia.

While Johnson attended Olympia High School he was a member of the track and field team. He subsequently played football with the East Carolina Pirates.

The Tennessee Titans selected him in the first round (24th overall) in the 2008 NFL Draft. He made his NFL debut against the Jacksonville Jaguars on September 7, 2008. On April 16, 2014, the New York Jets announced Chris Johnson agreed to sign a three-year deal for $9 million. But he became a free agent after refusing to commit to the contract after a year.

In 2015, Orange County officials said someone opened fire on a car, where Johnson was allegedly in; he suffered a bullet wound in his shoulder, sadly the driver of the car Dreekius Johnson sadly didn’t survive.

According to TMZ, the two men that shot Johnson and this friend were killed by gang members hired by Johnson’ he denied the allegations. 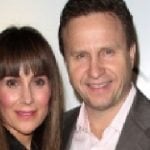 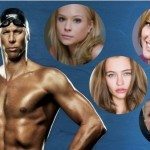 Although it’s been almost 20 years from the time when he left the Rowan University campus, … END_OF_DOCUMENT_TOKEN_TO_BE_REPLACED