Sabrina Britt, is the beautiful loving and clever wife of NFL player Kenny Britt. Britt is a wide receiver for the Los Angeles Rams. Prior to the NFL, Kenny played college football at Rutgers University.

But I guess you already know all about Kenny and probably don’t know much about his pretty lady Sabrina. Luckily this is Fabwags and we are here to feed your hunger for the wives and girlfriends of your favorite athletes, so let’s get this party started!!!

* She met her hubby when they both attended at Rutgers University.

* Sabrina and Kenny Britt have two children together, Ava, 4, and son Kenzo, 8 months. In addition Ava and Kenzo, Kenny is the father of his 7-year-old son Aiden from a previous relationship.

* Sabrina appeared on one episode of E! ‘ Wags. 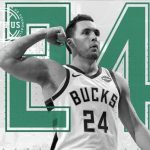 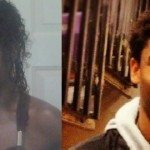