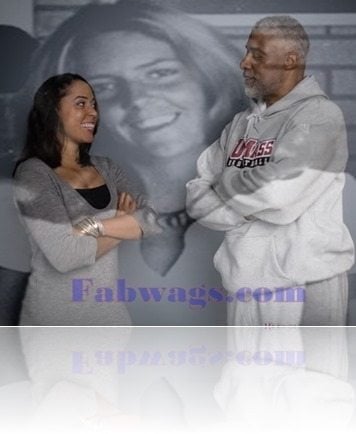 According to media Julius Ervin was married to his first wife Turquoise A. Brown Erving when he met Philadelphia born Samantha Stevenson, a sports reporter who first met each other in 1978 when she was covering the Philadelphia 76ers for Sport magazine, he began a steamy affair in 1979.

From her affair with Dr. J Samantha became  pregnant with her daughter Alexandra Winfield Stevenson who was born on December 15, 1980 in La Jolla, California, but  Dr. J was not around to met young Alexandra.

“He was supposed to meet her, but he didn’t show up,” Samantha says. “He wasn’t coming to rescue me, or be with me, so I moved on. I’m a big girl. The only thing I needed from him was his middle name: Winfield. I gave it to her, because she was a part of him because I wanted her to be tied to him.”

Samantha kept her affair with Julius secret, not just for his protection but also for her little girl’s chance to have a normal life.

But while media was unaware of Samantha existence in Julius’ life his wife Turquoise felt betray by the young freelance sport writer who she once met and sat for an interview about the life as an NBA wife published in the New York Times in 1977, just two years before their affair started.

Samantha agreed on a hush-hush treaty where she had to live at least 200 miles away from Julius, keep the birth out of the news, receive a modest monthly stipend and have sole custody. Stevenson said that she agreed on that settlement because she love Julius and knew the effect her affair and love child would had on his career.

From the day Samantha Stevenson gave birth to her daughter she devoted her life to her, and only her, she never dated again and spend her days by Alexandra’s side.

Sam was forced to tell her daughter about her father’s identity when she was4, after the little girl returned home from school  in distress after a curious preschool teacher questioned her about who her father was and what he did for a living.

This is your father. He’s a great person, and he happens to be a basketball player. I’m your mom, and you live with me, but it’s important for you to know he loves you.” Samantha told Alexandra looking at Julius’ photo from a book titled, “The Legend of Dr. J.”

For four years, Samantha had a peace of mind about Julius and Alexandra but when Alexandra returned home with a flyer announcing Ervin’s visit to a local gym, she was worried..

Alexandra asked Samantha if she, too, could go, if she could see her father, finally, in the flesh. Samantha’s reaction was, “Are you sure?”

Samantha didn’t showed up with her daughter to met Julius instead she asked her god friend Geneva Kandel to take her girl. Alexandra met Julius that day, he even signed an autograph in a basketball for her.

I realized it was Alexandra, and it was quite embarrassing,” Erving says. “I’ve replayed it a hundred times in my mind and thought about how it could’ve turned out differently, maybe if it had been set up a little better. It might be a wound that never heals for her. I was at the end of my career; a lot was going on. I was somewhat oblivious during that time.”

Samantha turned to tennis after her daughter shutdown  basketball from her life.

Alexandra now 32, graduated in 1999 from La Jolla Country Day School, that same year Samantha witnessed with pride her  daughter’s professional debut at Wimbledon, but as she a better tennis player the identity of her father was at risk, people rumored about Julius and soon the rumor got to the ears of Charles Bricker a reporter from the Sun Sentinel who dig his nose all the way to San Diego and Alexandra’s birth certificate which showed just the name he was hoping to find. Samantha was shocked!!

“I never thought anyone would find it; I didn’t think anyone would care,” Samantha says. “I had lived my life quietly, and not once had I been asked for it. And I never second-guessed putting his name on it. He was her father, and I didn’t want her to feel she was out in the world by herself. She needed to know two people were committed to her. Because I thought, one day, Julius would care.”

Bricker didn’t stop there, and he told Alexandra about his recent discovery..

“I know who your father is,” Alexandra remembers Bricker saying. Which is when Samantha says she blew a gasket. “I said, ‘Stay away from my daughter!’ I probably used some bad language. He just stood there. I said, ‘Don’t you dare come near us again.'”

Bricker published his story by the time Samantha was with her daughter in London for Wimbledon, a friend of hers alerted about the  scandal, so Samantha got ready to do the impossible to protect her daughter.

Samantha talked publicly about racism in the tennis circuit and how she wanted her daughter to marry a man, the press thought Samantha was talking about in the tournament, and their attention was only on her.

But after Wimbledon, Samantha couldn’t stop the truth from coming to surface, nor did she could stop the anticipated meeting between father and daughter.

Samantha initiated their meeting when she called on the phone, well sort of she left him a message on his answering machine..

“Hello, Julius, this is Samantha 27 years later. We were supposed to talk on Dec. 15, 1980, but you never showed up. But since I’ve got your phone number now, I thought you might like to meet that person you were supposed to meet 27 years ago. Please call me back.”

But he didn’t called back, so then it was Alexandra who called,  like her mom she got the machine..

Hello, Julius, this is Alexandra. I believe my mother called you last week, and we’ve never heard back from you. Maybe you’ve been traveling or you’ve lost the number. Can you please call back?”

This time he called them back, Samantha and the world witnessed the meeting between her daughter and her dad in in October 2008, the meeting was documented by ESPN.com’s “Reaching Out”

65-year-old Samantha B. Stevenson was born on December 21st, 1947, she graduated in 1969 from University of Missouri School of Journalism, besides writing in the New York Times, Samantha did freelance work for Oui, Playboy, the Inquirer and other Sport Magazines. She resides in Manhattan Beach, CA.