This lovely young lady is Shelby Gassiott; she is one of the beautiful Dodgers Wags, after all her boyfriend is Ross Stripling,  he is a pitcher for the Los Angeles Dodgers. Her stud let his opportunity pass when the Colorado Rockies initially drafted him in the 2011 MLB Draft; he didn’t hesitate to sign a deal with the Dodgers when they selected him in the fifth round of the 2012 MLB Draft.

Prior to the MLB, Stripling a Blue Bell native played college baseball with the Aggies at Texas A&M and at  Carroll High School in Southlake, Texas before that.

He got to make his MLB debut on April 8, 2016,  against the San Francisco Giants.

Ross and his beautiful fiancee will say “I Do,” on November 11, 2017, in her hometown of Houston, Texas. Shelby Rae born November 14, 1991; currently, a College Station resident graduated from Cypress Creek High School. 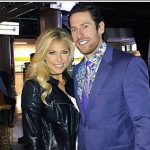 Melanie Collins Have you seen Melanie Collins?  This gorgeous NHL Wag is the girlfriend of winger … END_OF_DOCUMENT_TOKEN_TO_BE_REPLACED 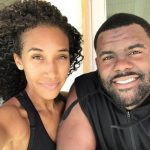 Chelsea Ingram Meet the lovely Chelsea Diznee aka Chelsea Ingram; she is the stunning wife of Mark … END_OF_DOCUMENT_TOKEN_TO_BE_REPLACED 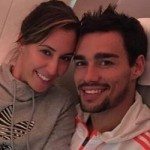