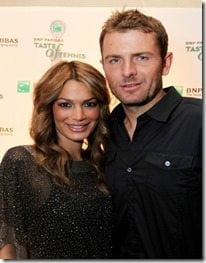 Gorgeous Stacey Gardner, wife of Tennis player Mardy Fish is the perfect combination of looks and brains! The 32-year-old is both a lawyer and model!

Stacey was born November 6, 1980 in Beverly Hills, California. Of Jewish origins the California girl was admitted to The State Bar of California on 1 December 2005. She graduated from Southwestern Law School but gained national recognition as a case model on the hit NBC show, Deal Or No Deal! So her face might be familiar. 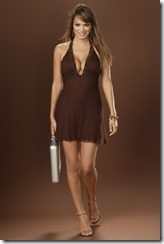 Before she became your favorite case girl she also dabbled in the modeling industry being featured on the Style network and being a runway host for Fox Sports, among other modeling gigs. Who would have though While focused on pursuing a career in law, she stumbled into a career as a model, when an agent approached her while she was eating lunch at a café! But you know how beauties are discover so is no shock she was spotted instantly.

She became engaged to Mardy Fish, in 2007, and the pair was married in the fall of 2008. Mardy Fish popped the question to Stacey Gardner, who is one year his elder, in November. The stunner is worth  $1 million dollars so I guess it’s good to combine both careers huh!

The gorgeous brunette can be seen at Mardy’s biggest matches, especially ones in the United States. 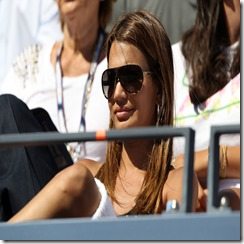 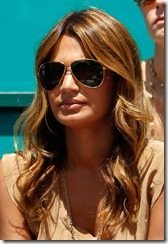 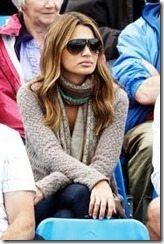 She is one supportive wife but also very busy with her own things going on. Don’t think for a minute smiling and standing for over 12 hours is an easy task! If not you can ask her

“standing in place smiling for an entire taping is no easy feat! However, the smiling part is not as difficult as the standing part! Our feet just seem to have a limit as to how much they can take and after about 12 hours I think they have hit their max!“. 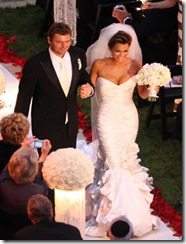 The model and Tennis player tied the knot  at Four Seasons in Beverly Hills under a chuppah constructed of white roses by florist Mark’s Garden. Stacey wore a strapless mermaid-style dress, while her bridesmaids wore black. They had a black and white-themed wedding and was accompanied by crystal chandeliers strung from trees and cascading crystals hung from posts lining the aisle. Following the ceremony, a reception was held in the hotel ballroom, everything looking out of a fairy tale.

The couple has been married for five years but have no children just yet, think this will be the year; maybe not since Mardy’s been reported to be having some health issues and has withdraw from the U.S open according to the 31-year-old player’s twitter account.

We wish him a fast recovery and surely Stacey will be by his side.