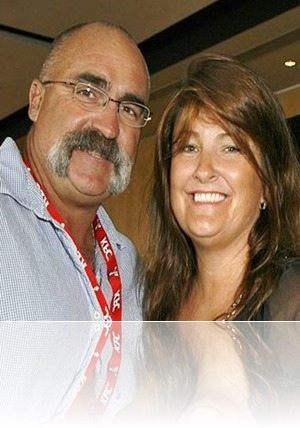 Meet Sue Hughes, she is the amazing and gorgeous wife of Merv  Hughes, the former Aussie cricketer who has joined the cast of this year’s I’m A Celebrity get Me Out Of Here.

If any of you are wondering who is Merv Hughes, he will be the one with the big mustache, for years Merv has struggle with alcohol and his weight, and at the end of his career his knees carry the burden his weakness.

Merv and his wife Sue live in Essendon with their three adorable children.