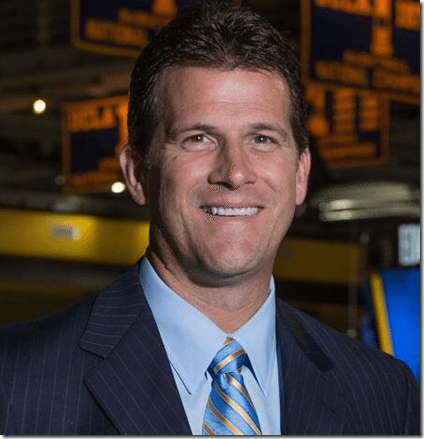 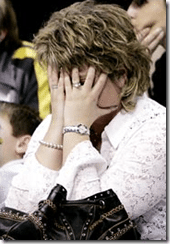 The picture above has made her somewhat famous, as she shows during a game she is as passionate as her husband for the sport. 50-year-old Tanya Lynn Alford and her husband recently made the move from Albuquerque to Los Angeles when her husband was given the chance of a lifetime to coach UCLA. She said about the move in a 2013 interview

“It’s hard to leave somewhere you love because we had no reason to leave,” “It became clear this was the opportunity of a lifetime.”

She and her husband have been married since 1987 and have three children together: 22-year-old Kory, 20-year-old Bryce and 17-year-old Kayla. 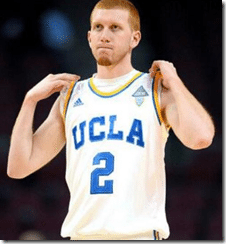 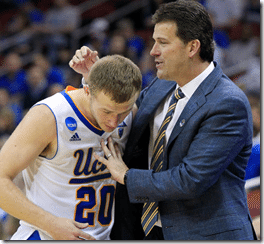 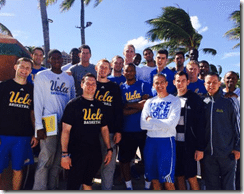 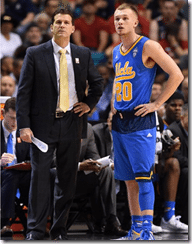 Tanya’s two sons, Kory and Bryce are members of the Bruins basketball team. Tanya and her husband have known each other for more then the 28-years of their marriage, the couple first met when they were schoolmates in grade school in New Castle, Ind. where her hubby became a legend. More precisely, Tanya met Steve when he moved to New Castle in fifth grade. They began dating in their junior year of high school. 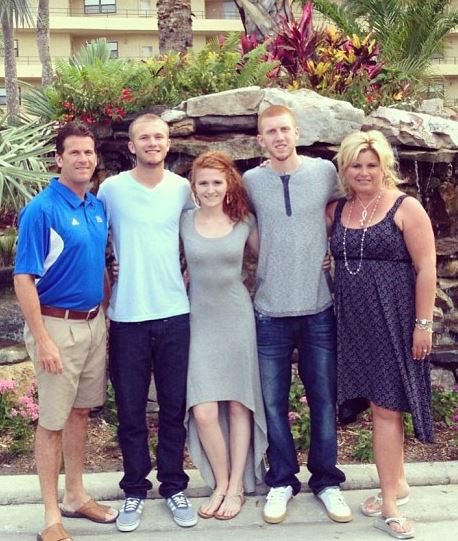 Bryce is a sophomore point guard and his parents couldn’t be more proud, he’s been very important to U.C.L.A.’s success while older borther Kory a junior walk-on, has been there to support him.