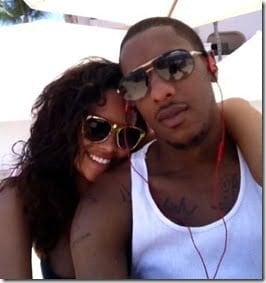 Miami Heat point guard Mario Chalmers was near the top of the league with 118 on the court this year. On the other hand his father, Ronnie Chalmers, who is former University of Kansas director of operations, is being sued by David Sugarman for stealing sports agent’s information and setting up unauthorized deals.

“We know documents were taken from the office because we have video evidence,” says Darren Heitner, Sugarman’s attorney.

Mario Chalmers is dating 24-year-old Tiffany Graves. They have been together for most of his time in Miami, since 2008.

Tiffany Graves is an African American and Puerto Rican aspiring actress and model from Miami. She has appeared on some music videos and on the show College Hill South Beach in 2009. After the show was over she realized she wanted to be a model, according to her model profile on Model Mayhem.

“I was on the show College Hill South Beach on BET. After the show was over I realized that I wanted to model. I’ve done some music videos, but I haven’t really worked to much because I was finishing school, and now that I’m done I’m ready to get serious,” she said.

Tiffany attended Florida Memorial University where she obtained a 3.0 GPA majoring in biology, while also maintaining aspirations to pursue dental school at some point in the future. Tiffany was member of Alpha Kappa Alpha Sorority Inc.

Chalmers has got a great girl who was smart enough to graduate college with honors and uses dental school as a backup plan if modeling doesn’t work out.

We wish them the best.