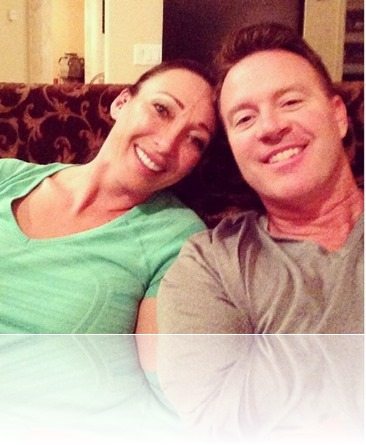 Former Olympic swimmer has been happily married to her beloved husband, Tom Rouen the former NFL punter who once played with the Seahawks, the Panthers, Broncos  and the SF 49Ers. Tom is by his wife’s bedside after she was involved in a terrible car accident.

Rouen signed with the Rams in 1992, but he never  got a chance to  play with the l>a team as he was waived before the preseason, he saw his next opportunity with the World League of American Football team the Ohio Glory where he stayed until 1993; and just before the 1993 NFL  season began Tom signed a deal with the Denver Broncos.

In 2002 he joined the New York Giants who waived once again so he joined the Steelers, but by 2003 he was playing with the Seahawks, two years after that with the Carolina Panthers an in 2006 he played his last season with the San Francisco 49Ers.

Tom and Amy have been married for 12 years, they reside in Scottsdale, Arizona.