The lovely Megan Hevner is the current girlfriend of NHL player Tyler Johnson; the Spokane native is a center playing for the Chicago Blackhacks. Johnson is also a member of the roster representing the United States with the United States Men’s National Ice Hockey Team. 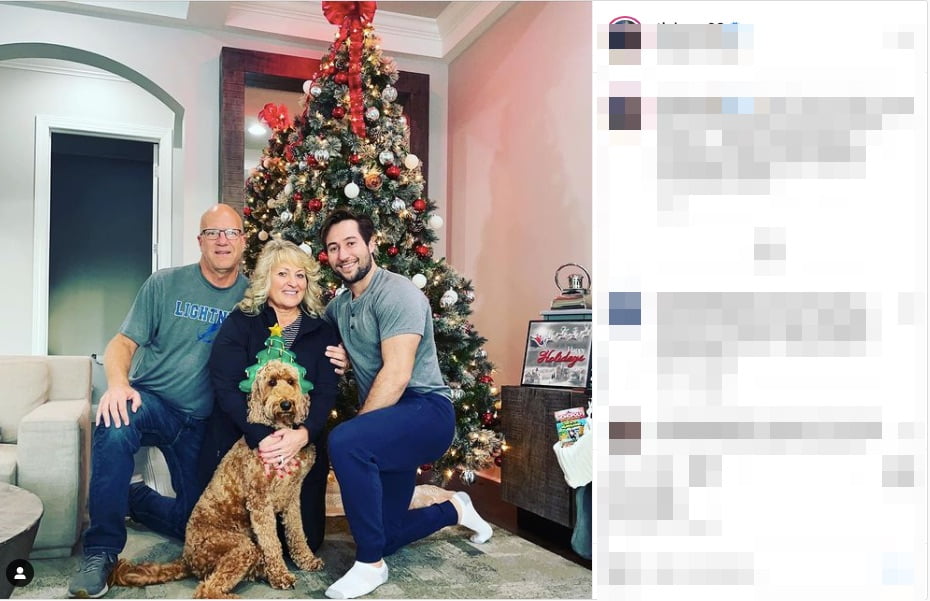 Tyler Johnson was born on July 29, 1990, in Spokane, Washington; he is Ken and Debbie Johnson (nee. Mitchell). Debbie Johnson was a skating coach; her husband and Tyler’s dad Ken Johnson is a circulation district manager for The Spokesman-Review and a former hockey coach.

With two skating parents, it was only logical Tyler starling skating at an absurd early age, 18 months to be exact; by the time he was four, Debbie and Ken talked to local organizers into including him in the league when the minimum age was six.

“My parents are kind of influential in the hockey world back home,” he says. “It’s a smaller town. My mom taught basically all the kids in my area how to skate. I started skating when I was really young, so it was just one of those things that was bound to happen. My mom and dad gave me every opportunity possible,” Johnson says.

“That was a big sacrifice for my parents to do that every weekend, financially and emotionally. But without that, I don’t think I would be where I am today.”

Tyler Johnson’s height is 5’8 or 173 cm; he weighs 185 lbs or 83.94kg; he had put on a little weight since he signed with the Bolts when he weighed 175 lb. Tyler Johnson started his career with the Northern Pacific Hockey League (NPHL), later played in the Western Hockey League (WHL), American Hocleague (AHL), and finally arrived at the National Hockey League in 2012.

It is estimated that NHL player Tyler Johnson has a net worth of $5 million. It is believed he went undrafted due to his height, but he has proven heigh is not an issue for him; Tyler has been playing with the Tampa Bay Lightning since the 2011-12 season; since then, he has recorded 153 goals and 186 assists.

Tampa Bay Lightning’s center Tyler Johnson has an annual salary of $5 million. His current contract guarantees he will remain to play with the Bolts until 2024. 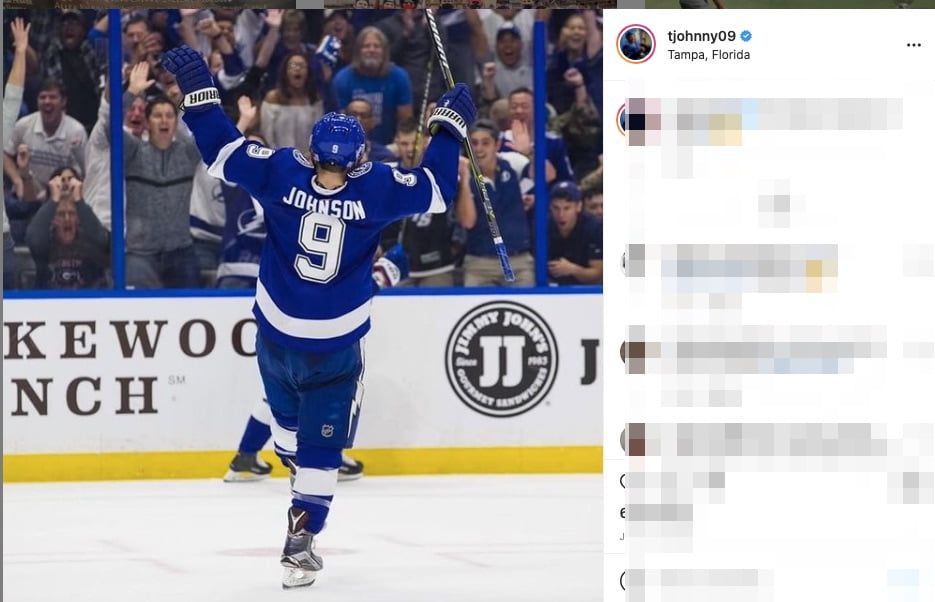 Tampa Bay Lightning’s fan, you can get your hands into Tyler Johnson’s #9 jersey through the Lightning Shop, and also, you can head out to the NHL shop. 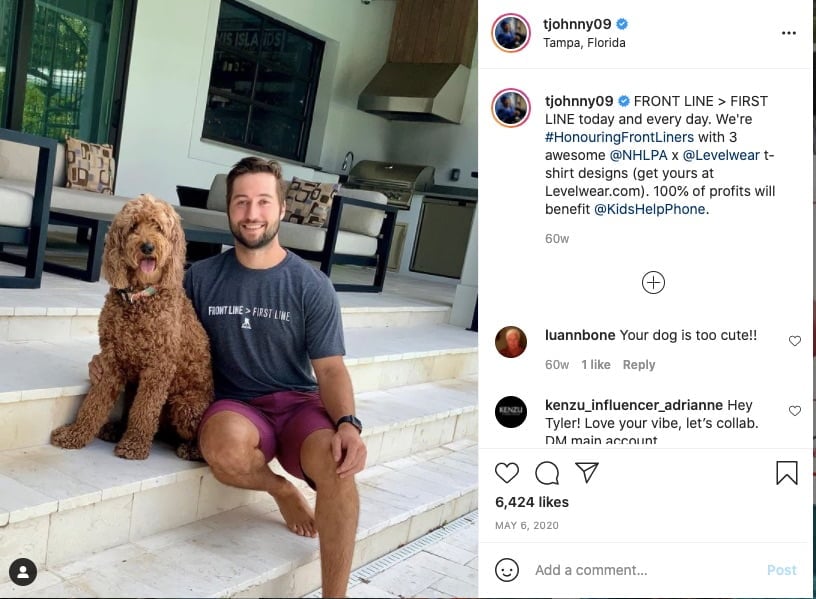 Tyler Johnson’s adorable dog Reese is a Goldendoodle; he makes regular appearances on Tyler’s social media.  And Tyler is not the only one who enjoys the company of a Goldendoodle fur friend; his girlfriend Megan Hevner has one of her own, her Goldendoodle is called Remy. 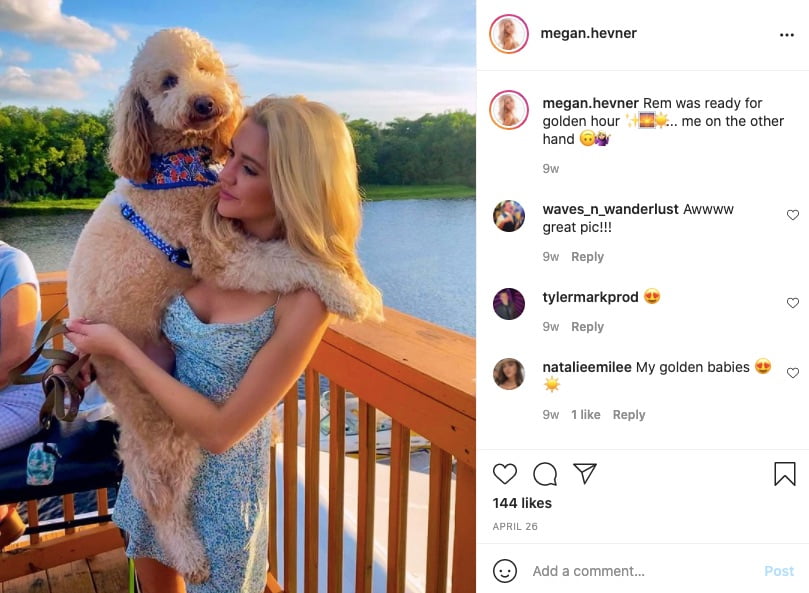 Over the years, we had the pleasure of meeting Tyler Johnson’s ex-girlfriends, starting with Marissa Mazzolini. Tyler and Marissa split up several years ago, and now he is madly in love with former NFL cheerleader Megan Hevner; this is what we can tell you about her. 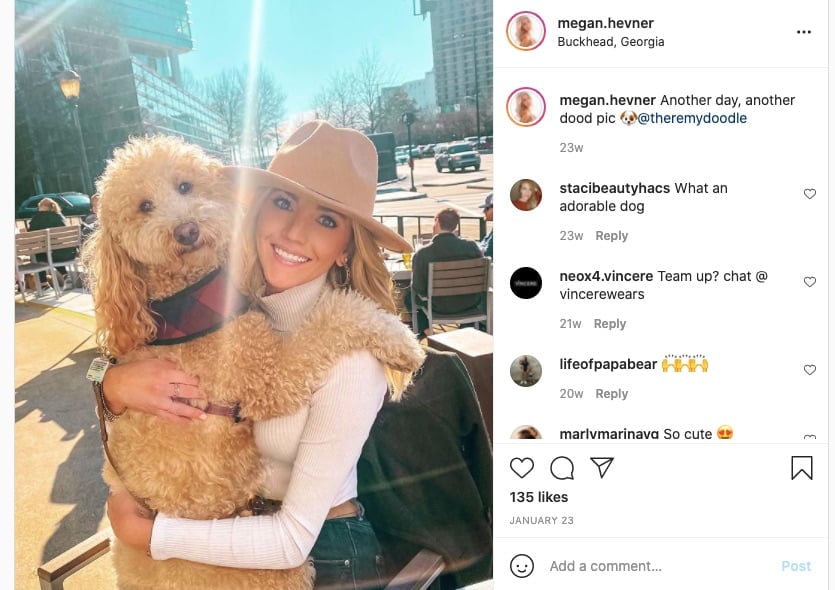 Pretty Megan Hevner was born on August 14, 1990, in DeLand, Florida; she is the daughter of Jane Hevner-Jackson and Patrick Sean Hannigan, who died at 55 on June 22, 2013; Megan has one older brother, Brett Jackson. She graduated in 2012 with a Bachelor of Arts and Sciences in communications and marketing from Stetson University. 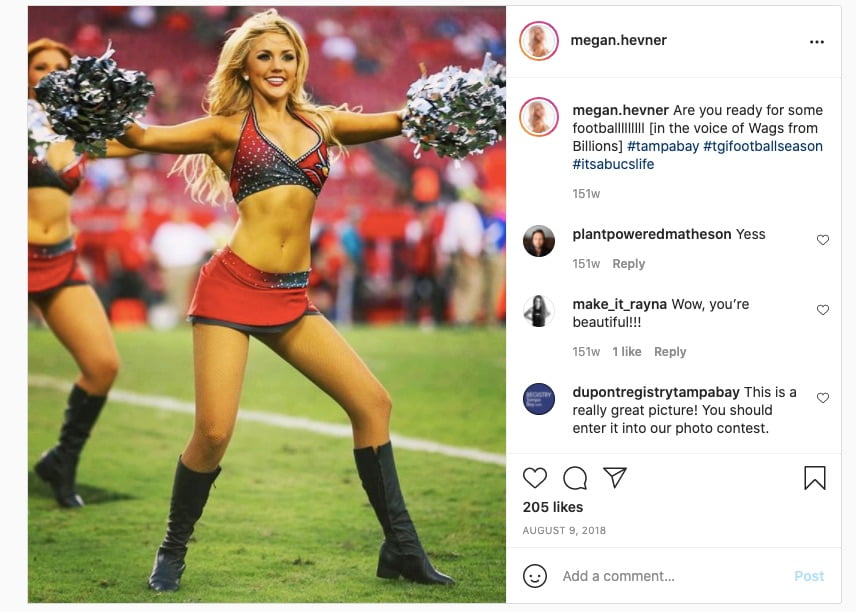 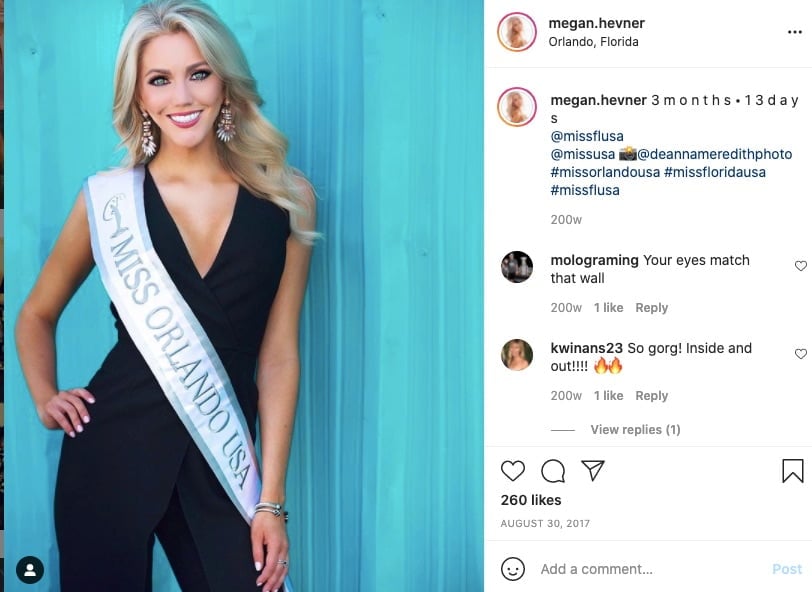 I have been given the pleasure to join Bert’s Big Adventure as a Disney Princess. I am privileged to be able to spend time with these incredible children and their families.

Megan Hevner is pretty active on her social media, especially on Instagram, with over 3K followers.
2
SHARES
2PinterestFacebookTwitterLinkedInMessengerWhatsAppRedditPocketBuffer