How many Stanley Cups does Brent Seabrook have?

6’3 Brent Seabrook was born on April 20, 1985, in Richmond, British Columbia, Canada; he grew up in Tsawwassen, in Delta, British Columbia. He is one of the children born to Mrs. Suzanne Seabrook and Gary Seabrook. Brent has one younger brother, Keith Seabrook, who is also a hockey player.

Gary Seabrook, who we believed is the owner of Dormel Containers who commented about the times Brent wouldn’t tell him about his injuries, because he knew what he was going to tell him.

“He didn’t tell me about a lot of those because he knew what he was going to hear,” Gary said. “On the injury front and sickness or cold or whatever, you just fight through it,” said Gary, who grew up on a cattle farm. “You figure out a way. I think mostly as a family we do it that way anyway. We got a business. It doesn’t matter if you got a cold or are sick or not feeling well, you got to be there. I think they see that. They’re a product of their environment growing up, I think. His mother is a really hard worker.”

6’0 Keith Seabrook, the youngest son of Suzanne and Gary Seabrook was born on August 2, 1988, in Delta. The defenseman was drafted by the Washington Capitals in the second round (52nd overall) during the 2006 NHL draft.

Keith Seabrook who previously played at the University of Denver and started playing for the Delta Ie Hawks in 2003, was traded to the Calgary Flames on July 16, 2009; the Flames assigned him to their affiliate team, the Abbotsford Heat.

In 2010 played with the Manitoba Moose and for the San Antonio Rampage during the 2011, 2012 season; that same season he played 9 games with the  Cincinnati Cyclones. He played for the HC Pustertal Wolfe during the 2012-2013 season before joining the Stockton Thunder a season later. Keith Seabrook’s last team was the Rockford Icedogs of the American Hockey League.

Brent Seabrook’s current 8-year contract with the Blackhawks is worth $55 million.

Brent Seabrook released a statement onMarch 5, 2021, announcing his retirement from the NHL.

“I am so proud to have played my entire 15-year National Hockey League career in Chicago with the Blackhawks. It was an honor to play the game that I love, with teammates I love, in front of fans I love, in a city that my family and I have grown to love. After several surgeries, countless hours of rehab and training to get back on the ice at the level of my expectations, it will not be possible for me to continue playing hockey. This is what is best for me and my family. The love and support of my wife, Dayna, and my kids, Carter, Kenzie and Dylan has meant everything to me. My parents, Gary and Suzanne, and my brother Keith, have been behind me every step of the way and are my foundation.

I want to thank the Blackhawks organization – including the Wirtz Family, Rocky and Danny Wirtz, Stan Bowman and Jeremy Colliton – who have been very supportive throughout this process. I’m thankful for all that the Blackhawks have done for me and my career. This organization drafted me as an 18-year-old kid out of western Canada and this team became my family away from home. In addition, I’m thankful for the Blackhawks medical and training staff for always putting me in the best position to succeed on the ice. Over the past 15 years, I’ve played with and for some incredible teammates and coaches. I thank each and every one of you. It was an honor to wear the Blackhawks sweater and go to battle with you night in and night out. I loved being your teammate.

Lastly, to the great fans of the Chicago Blackhawks, thank you. I sacrificed everything for this team in our quest to lift three Stanley Cups and gave it everything I had for you. I couldn’t have asked for a better fan base to play for. You, more than anyone, kept me honest and always pushed me to be better – while also cheering me as your All-Star and Champion. Lifting the Stanley Cup in 2015 in front of all the fans at the United Center will be a memory I’ll never forget. You have truly made Chicago a second home. My family and I will be forever grateful for your love and support and I look forward to always having a special connection with you the fans. I will always be a Blackhawk.” 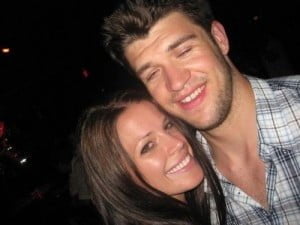 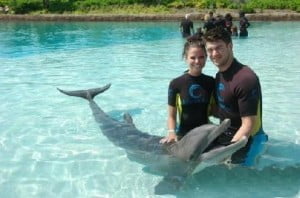 33-year-old Dayna Marcellus from British Columbia graduated in 2002 from Dr. Knox Middle School in Kelowna, BC.

When did Brent Seabrook get married?

Dayna Marcellus and her NHL stud got engaged in October 2011, after a couple of years of dating they got married on August 11th, 2012. 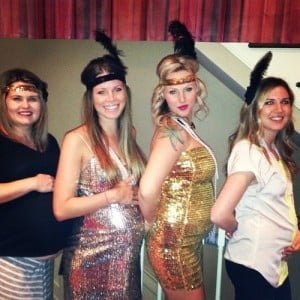 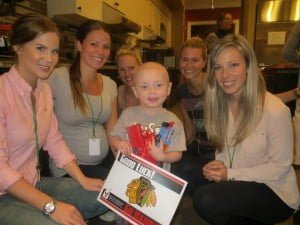 You can find Brent Seabrook’s wife on Facebook here.