Meet Shannon Szczerbiak; she is the beautiful wife of Wally Szczerbiak. Her hubby is the former Spanish basketball player, who played with the Minnesota Timberwolves, the Boston Celtics, and the Cleveland Cavaliers. Prior to the NBA, Wally played college basketball with the Miami RedHawks men’s basketball at Miami University in Oxford, Ohio.

Surely you all know everything about Wally Szczerbiak’s career, so we are not going to talk about that, instead, let’s check 5 interesting facts about his pretty wife. 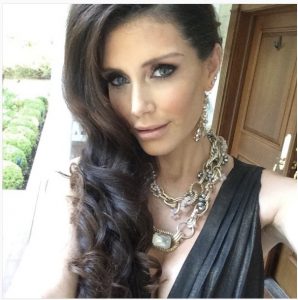 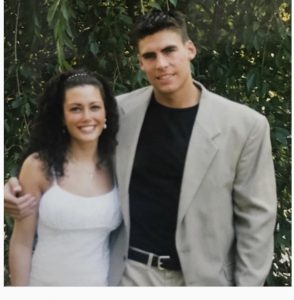 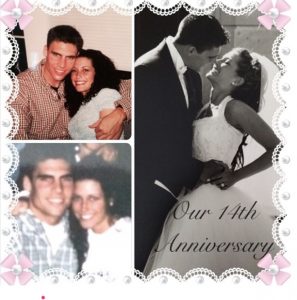 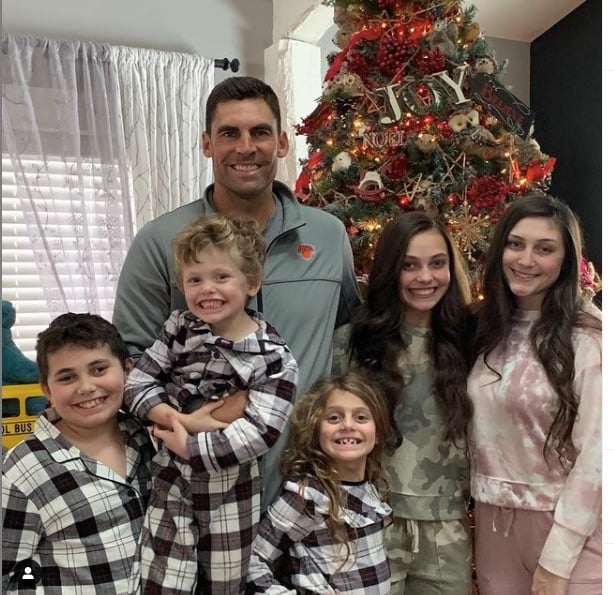 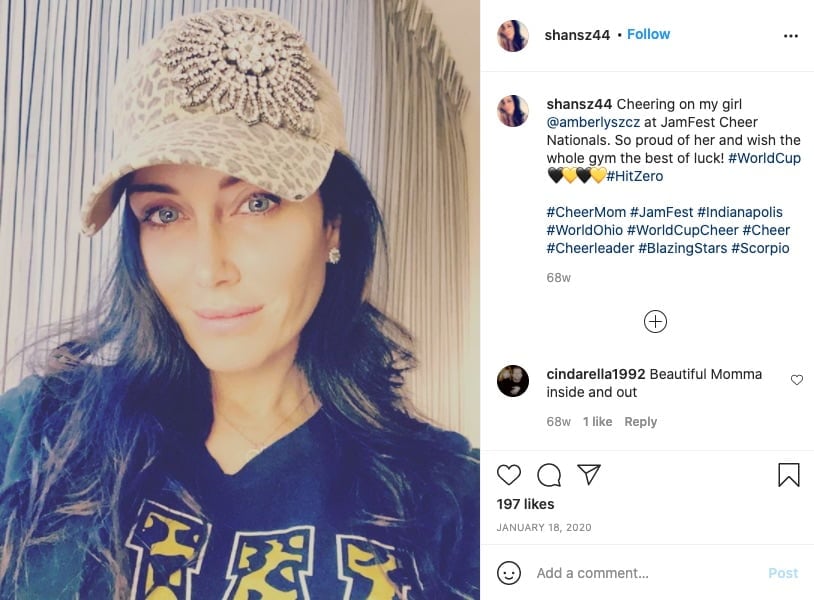 Shannon Szczerbiak is pretty active on social media, mostly on Instagram where her 1,013 followers can take a sneak peek at her life, her children, mother Joan Ward, and her siblings, Shannon has 4 brothers and two sisters, her dad passed away in 1985. You can also check out Shannon on Facebook.

Who is Wally Szczerbiak dad?

Wally Szczerbiak’s father is Walter Szczerbiak born to Ukrainian parents on August 21, 1949, in Hamburg, West Germany. Standing at 6’6″ Walter Szczerbiak a former NBA small forward played college basketball at George Washington, before the Phoenix Suns selected him in the 4th round (65th overall) during the 1971 NBA draft and by the Dallas Chaparrals of the ABA during the ABA draft.

Mr. Szczerbiak played with the Pittsburg Condors during the 1971-72 season, Wilkes-Barre Barons the following season, and with Real Madrid from 1973 to 1980, winning three titles with the Spaniards. Later on, he played with A.P.U. Udine and Canarias until his retirement in 1984.

Wally Szczerbiak’s paternal grandparents were Ukrainian refugees who met at a refugee camp in West Germany after World War II. His father was born in Hamburg and planned to become a priest before he found himself on the basketball court. 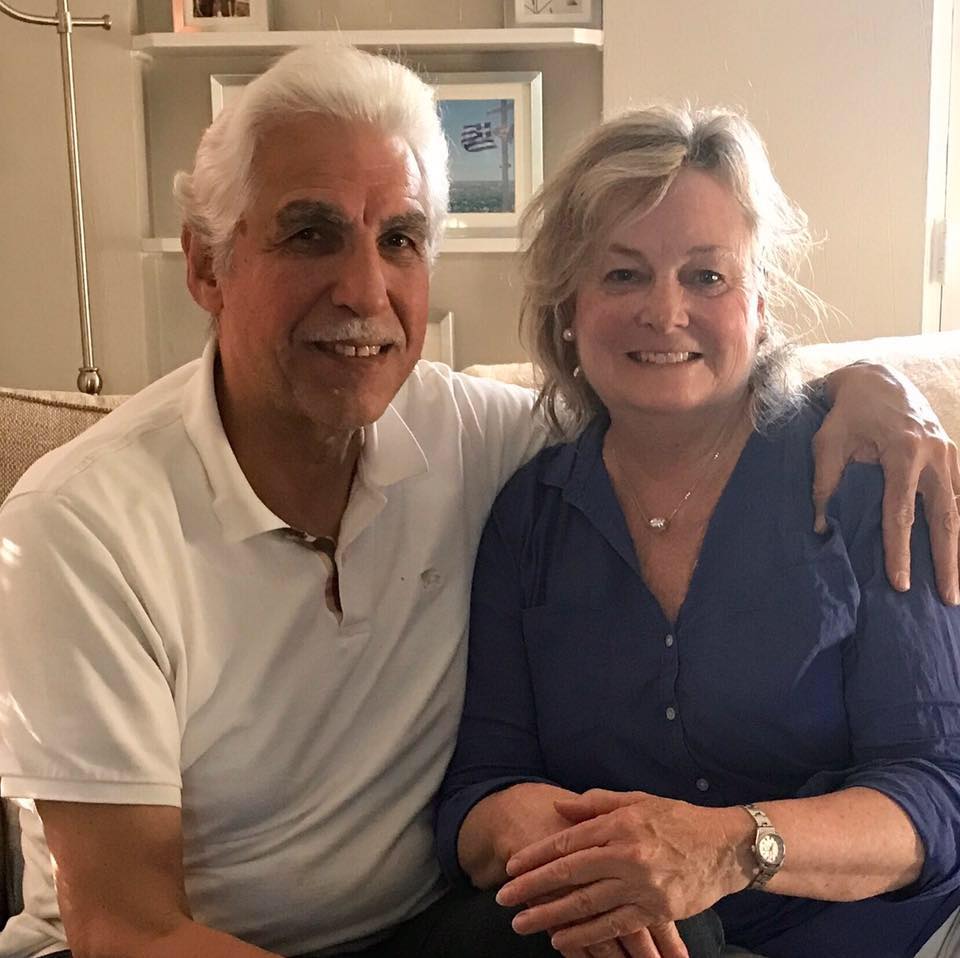 You know about his dad, therefore let’s talk about the rest of his family; Wally’s mom is Marilyn Jane Wynn Szczerbiak, she was born on September 15, 1950, in Cold Spring Harbor and is a real estate agent in  New York. Marilyn Szczerbiak graduated from George Mason University where she met Walter. They live in Huntington, NY.

Wally’s sister is Wendy Szczerbiak now Wendy Szczerbiak Herman (b. August 28, 1988) is married to Russell Herman. Wendy attended Cold Harbor High School and studied finance at Lehigh University, where she also was a member of the women’s basketball team.

His brother Will Szczerbiak (b. August 15, 1985) studied marketing and finance at Georgetown University and Columbia University (MBA). He is Board Director at Palmetto and an investor at Greycroft Partners; before that, he was a Board Observer at Yield Street and at Futterware in San Francisco, before joining Archer in Palo Alto in August 2020. Will Szczerbiak lives with his wife Jill and their three children in Manhasset.

Wally Szczerbiak played at Cold Spring Harbor High before he attended Miami University in Oxford, Ohio. Wally was first-team All-American by Basketball News and Sports Illustrated,  second-team All-American by the Associated Press, and MAC Player of the Year. He led his team to the Sweet 16 in the 1999 men’s basketball tournament and a finalist for the Naismith Award that same year.

How Tall is Wally Szczerbiak?

Wally Szczerbiak’s height is 6’7 or 2.01 m; he weighs 111 kg (244 lb). He spent 10 seasons in the NBA and played with four teams; since his retirement in 2009, Wally found a career as a color analyst initially for CBS College Sports and subsequently at the MSG Network.

What is Wally Szczerbiak Net Worth?

According to Celebrity Net Worth, Wally Szczerbiak has a net worth estimated at $35 million. Back in October 2002, Wally signed a six-year deal worth $63 million with the Minnesota Timberwolves. In 2006 agreed to a one-year, $11.7 million contract with the Boston Celtics; it is believed he earned over $26 million during his time playing with the Cleveland Cavaliers. He turned down a veteran’s minimum contract offer from the Denver Nuggets in the summer of 2009 and hoped he could join the Knicks later that same year, sadly a knee injury forced him into retirement.

Why did Wally Szczerbiak retire?

Wally Szczerbiak injured his knee around 2005 and 2006, he underwent surgery during the 2006 offseason, underwent season-ending surgery on his ankles during the 2006-2007 season; near the end of his NBA career Wally then a free agent underwent a third surgery on his left knee, sadly doctors told him there wasn’t enough cartilage in that knee for a fourth surgery, and he likely had to retire.

“I’m not ready to sign my retirement papers yet,” he said. “The doctors have their opinions. I’m getting my body right and see where that takes me. Basketball’s been very generous to me financially. It’s not about the money. It’s a place I would’ve loved to play,” Szczerbiak said. “There was no place I’d rather play on the road or home.”

Wally Szczerbiak’s Timberwolves jersey plus a whole bunch of autographed memorabilia is available on ebay. Wally’s jersey with the Cavaliers is also on sale at ebay.

I’d like to thank everyone at the Ohio basketball hall of fame for inducting me into the Hall of Fame I apologize for not being able to be there but my wife just recently gave birth to our fourth child and I am working with msg doing postgame shows for the New York Knicks it is an incredible honor and just I am completely touched from the bottom of my heart.

All my hard work throughout my career starting off at Miami of Ohio with four wonderful years the great relationships that I made there with all my teammates with all my coaches then moving on to Minnesota where I played seven great years with the Timberwolves; played with the Boston Celtics the Seattle Supersonics and then finally closed up my tenure NBA career in the state where it really all started in college in Ohio with the Cleveland Cavaliers playing with LeBron James. 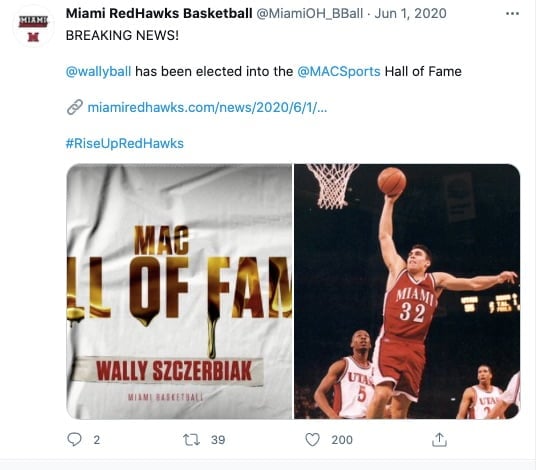 As previously noted, Wally and his wife Shannon Szczerbiak have three daughters Annabella, Amberly, and Savanna; his oldest girls are avid equestrians. Annabella will attend the University of Kentucky. Amberly attends Miami Trace High School, she is a cheerleader for the Miami Trace Panthers. 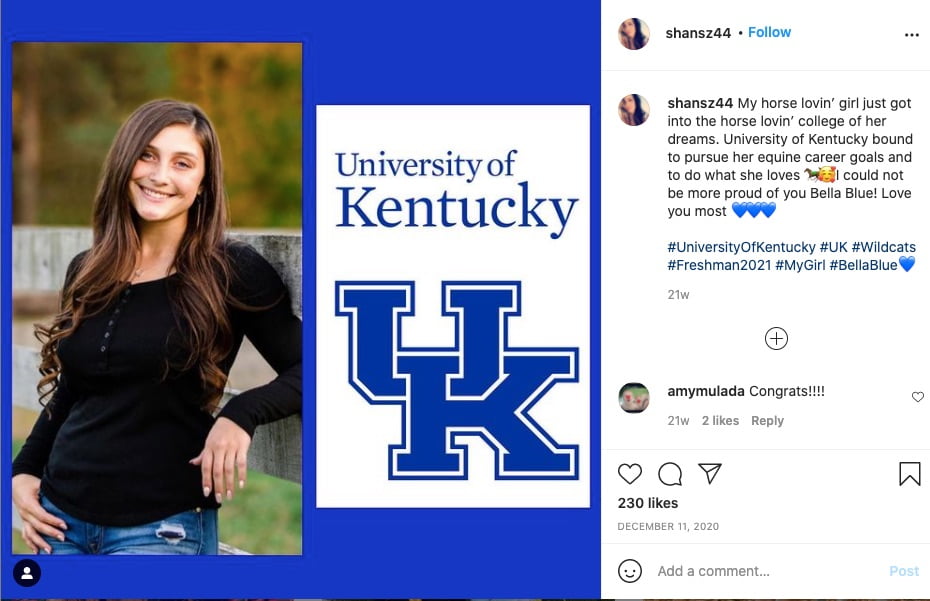