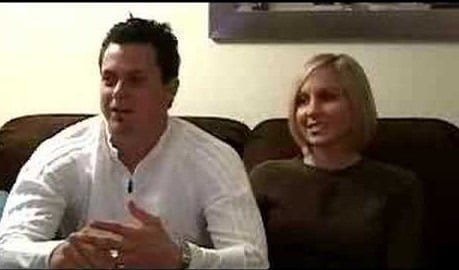 Attention Arizona Cardinals, NFL.com”s Ian Rapoport reported the Cardinals expect to cut Kevin Kolb soon! How do you feel about it?? Would it be good or bad to part ways with the quarterback?? I’ll tell you who is not thinking about part ways with him, his beautiful wife Whitney Huddleston Kolb.

Who would have thought! How cute! this supper macho NFL player is surrounded buy girls! I bet wife and three daughters rule his world won’t you agree?

Whitney Huddleston back in the day but now Whitney Kolb met husband super athlete Kevin Kolb at Stephenville High School when Kevin was a freshman and Whitney was a senior. Let’s just say Kolb”s wife has been there for almost all of his successes and failures.

Asking yourself how a sophomore had the confidence to ask out a senior?? His friend Kendal Briles explained it this way: “He was the quarterback at Stephenville, that”s why!

After dating through high school, the two took a 2-plus year break when Kevin went to college. Kolb majored in business entrepreneurship at the University of Houston; but anyway they later reconnected and were married in February, 2007.

Today, the couple currently resides in Phoenix, Arizona with their children: Kamryn, born in January, 2009 Atley Rose, born in April, 2010 and last but not least Saylor Kolb born in September 2012.

I wouldn’t expect anything less from a good old southern boy from Texas…a hot blonde. Even after three kids Whitney is still looking good.

Whitney earned a partial college scholarship in basketball and golf and hubby has no other choice than to admit she still beats him in golf to this day! See what I’m telling you girl power for this cowboy!

But don’t mistake this mom of three for a prissy little lady she definitely know how to get down and *****! When she is not busy dedicating her time to raise her girls she certainly remembers every move on the basketball court specially her 3-point shots to prepare for celebrity basketball games!