Rachel Balkovec, a stunning professional hitting coach -known for being the first woman to become a full-time hitting coach with a major league team -is apparently single!

Rachel, a former college softball player turned strength and conditioning coach -has worked in that capacity, for 3 different professional baseball organizations in the past 7 years, including the Houston Astros, St. Louis Cardinals and the Chicago Whitesox.
Rachel who grew up in Omaha, Nebraska -was a catcher on the softball teams at Creighton University and New Mexico, and earned a master’s degree in kinesiology from Louisiana State University in 2012. Nowadays, she boasts two master’s degrees in human movement sciences. 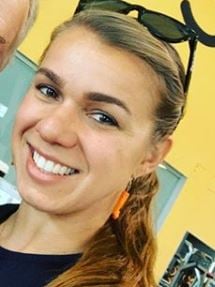 She is currently working for the New York Yankees, she was hired as a minor league hitting coach -becoming the first woman to have worked as a full time strength and conditioning coach and also as a full time hitting coach in professional baseball.
Prior to baseball, she worked at LSU, ASU, and EXOS. In addition, she worked with the Dutch national baseball and softball teams in Amsterdam.

On her website, she calls herself ‘athlete, minimalist, feminist and nomad’ -she also adds that her biggest passion is teaching.
As part of her job, Rachel Balkovec has lived in at least 15 cities in the past decade, she’s also visited numerous countries. In addition to her website, she has her own podcast called, Theta Wave Podcast.
She is also active on social media where she often posts about her lifestyle, however no man appears to be on her radar…for now.