Meet Mrs. Linda Glazer; wife of Malcolm Glazer the owner of The Tampa Bay Buccaneers and Premier League team Manchester United who passed away at the age of 85 on May 28, 2014. In addition to Linda, Mr. Glazer left behind their 6 children.

Malcolm Glazer died in Rochester, New York, on May 28, 2014, aged 85, from complications related to a previous stroke he suffered in 2006. Mr. Glazer the fifth of seven children born to Abraham and Hannah Glazer Jewish Lithuanian immigrants, whose net worth is estimated at $4 billion.

Mr. Glazer was the owner of First Allied Corporation which he founded in 1984 and which is operated with three of his five sons, Edward, Joel and Bryan Glazer, FAC invested in public companies and international holdings that include Specialty Equipment, First Allied, Harley Davidson, Zapata Corporation, Houlihan’s Restaurant chain, Omega Protein, Formica, and Tonka. 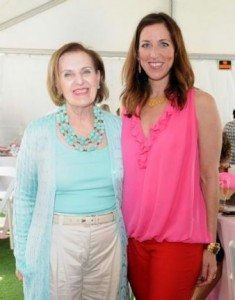 Malcolm Glazer got married to his loving wife Linda J. Glazer, 75, in 1961; during their 53 years together they welcomed 6 amazing children.

Joel, 49, chairman of the Buccaneers along with his brother Bryan and with big bro Avram at  Manchester United. Joel and his wife Angela have two daughters, Zoey and Dylan.

Bryan holds a bachelor’s degree in broadcast communications from the American University in Washington, J.D. from Whittier Law School in Cali. The only girl of the Glazer children is Darcie Glazer, 51, know Darcie Glazer Kassewitz, co-president of the Glazer Family Foundation. Darcie graduated Laude with a Bachelor of Science in Psychology from American University in 1990; holds a  Juris Doctorate from Suffolk Law School in 1993.

And last but not least comes to the youngest Edward, who also graduated from Ithaca, he is vice-president at First Allied and Co-Chairman of the Tampa Bay Buccaneers.