Luka joined Real Madrid in June 2019; prior to that, Jovic played Benfica, Benfica B, and Red Star Belgrade in 2014, a couple of years after he made his International debut with Serbia U 16 squad.

After a Real Madrid basketball player tested positive for Coronavirus; Luka along with his Real Madrid teammates was advised to stay in two-week isolation in Madrid.

However, less than two later Luka flew to Serbia to be with his pregnant girlfriend Sofija Milosevic; who has been dating the Serbian striker for less than a year. They announced they were expecting their first child together on March 20, 2019.

Furthermore, before Sofija Jovic dated Andjela Manitasevic, they split up in 2016, but they continued to have an on-and-off relationship because on February 25, 2019, Andjela and Luke welcomed their son David. 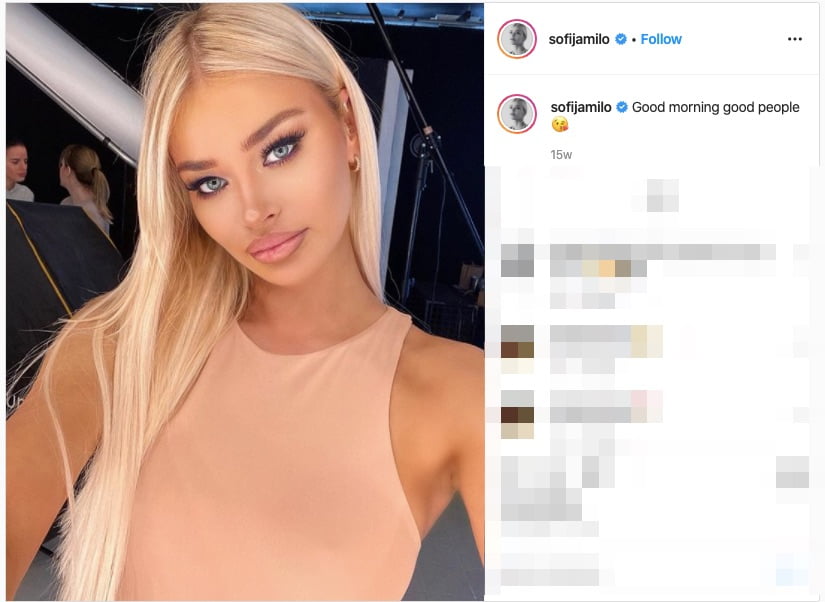 5’10” Sofija Milosevic was born on March 10m 1991, in Bezanijska, Belgrade. She started modeling at a young age; nowadays she is represented by Storm Models in London, MP Mega in Miami, The Industry Model Management in NY and Women Management in Paris.