She might have a weird name but you better remember her, 21-year-old tennis player Garbine Muguruza is killing it in Wimbledon.

The Venezuelan-Spanish pro defeated Timea Bacsinszky in Wimbledon quarters; with her win, she makes it to semi-finals for first time, she is also making history becoming the first Spanish woman to reach Wimbldeon semi-finals in 18-years, reports say. 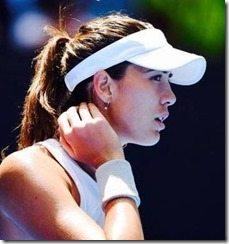 While her results on the doubles circuit -with compatriot Carla Suarez Navarro -have so far outdone her singles form, Muguruza is considered a future star of the women’s tour. The right-handed player is not only talented but she’s been blessed with great genes. 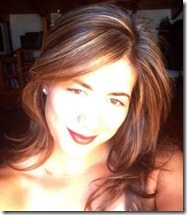 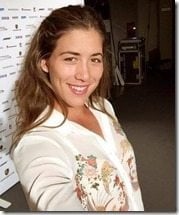 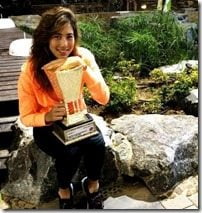 Muguruza –who was twice before a quarterfinalist at the French Open –said after her historic win: “I’m surprised that my first semifinals is on grass,” “But I think I’m playing really good. I think the surface helps me.”

Last year, Muguruza stunned Williams, 6-2, 6-2, in the second round of the French Open.

We couldn’t find any traces of a special someone in her life, it seems she is single at the moment and super focus on her game, she even said she doesn’t want to think about making history for her country:

“I don’t want to think about this because I don’t think it’s going to help me right now to have these things on my mind,” “I just want to get ready for my next match.”

Her next match will be against 13th-seeded Agnieszka Radwanska.