Meet Elizabeth Cannon Power; she is the beautiful wife of Will Power!

Power first met Elizabeth Cannon, who hails from Texas, when he came to the United States from his native Australia to race in 2006. The two worked jointly at Walker Racing and they began their courtship within the high-speed world of open-wheel racing. Cannon now works as a public relations agent for Dreyer & Reinbold Racing in the IZOD Indy Car Series while Power has established himself as one of the growing stars of motorsports following a runner-up finish in the 2010 series championship. 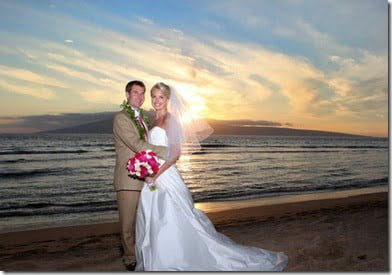 Will Power married Elizabeth Cannon on December 17 (2 years ago) in a sunset ceremony at Kaanapali Beach in Maui.

The joyful couple settled on Hawaii for their wedding since it was approximately the midway point for both of their families to attend the ritual and party. While both Power and Cannon were busy with their respective jobs in the IZOD  Indy Car Series, Cannon’s mother, Kathy, did a lot of the planning for the wedding.

The couple welcomed their guests with cocktails at the Hyatt Regency Maui Resort and Spa on Kaanapali Beach. The following day, Power and Cannon held their wedding run through and dinner for all of their guests at the Old Lahaina Luau.

Elizabeth Cannon Power is a hard worker, she has worked at Drever & Reinbold Inc. and Walker Racing Inc. She also likes hanging out at Penske Honda.

Dreyer & Reinbold has been great and I’m very fortunate to be in this sport and do what I love and Will do what he loves. There are so many things that are left uncertain that you lean on each other. The Penske organization has been wonderful, too.

Previously, Elizabeth worked for Walker Racing since 2006. At May 2005 she graduated from Purdue University, she studied Public Relations/Communications and Psychology. Her duties on the team include handling the public relations, travel logistics, and website maintenance. When free time allows, she enjoys catching up with friends.

You can visit her blog here.