This stunning gal is Marion Jolles Grosjean! She is the lovely and drop-dead gorgeous wife of Swiss/French Formula One driver Romain Grosjean, member of team Hass-Ferrari since 2016.

Romain’s contract with Haas-Ferrari ends after the 2020 season ends, luckily he has the opportunity to see that; we meant that after Grosjean survived a dramatic crash during the Bahrain Grand Prix, where his car broke in two after hitting a wall on his first lap and burst into flames, it was a miracle indeed he walked out of that with minor burns on his hands and ankles.

“Romain has some minor burns on his hands and ankles but otherwise he is ok. He is with the doctors just now.”

Romain Grosjean started his professional career with Formula 3, his first race with Signature-Plus came at the 2005 Macau Grand Prix. 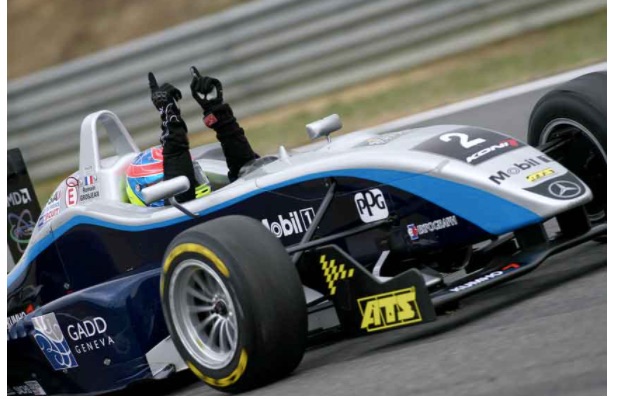 Joined ASM Team in 2007; took a pole position at the Masters of Formula 3, however, he stalled at the start and finished 14th.

Romain moved to the GP2 Series in 2008, and race with the Art Grand Prix Team winning races at the GP2 Asia Series along with teammate Stephen Jelley. Arts left him out of the team that same year, after Pastor Maldonado and Nico Hulkenberg joined the team.

After a short second stint with Auto GP and Sportscars, Grosjean returned to Formula One, with Lotus Renault GP team in 2011. 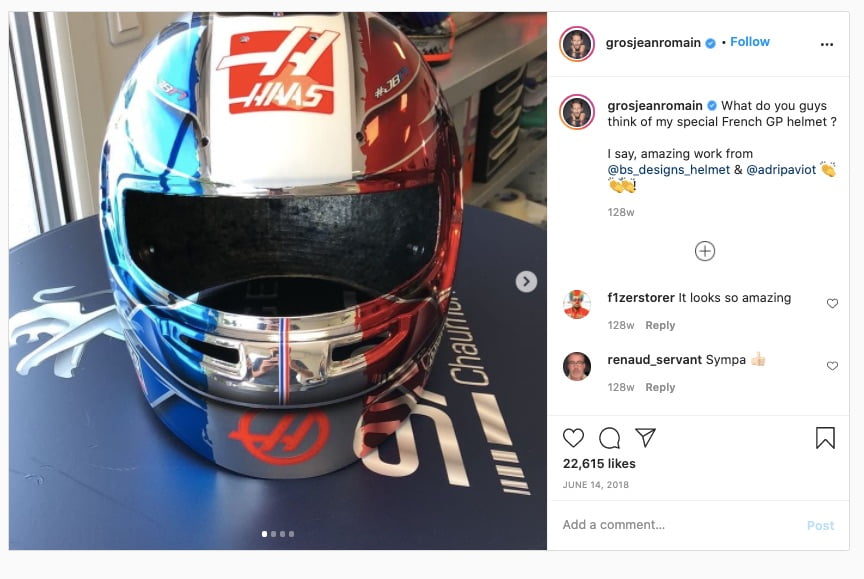 He set the second-fastest time at the Australian Grand Prix in 2012; finished third at the 2012 Bahrain Grand Prix.

His first race was the Australian Grand Prix, where he finished sixth, giving his teams its first points. In May 2017, Romain Grosjean replace Jenson Button as one of the directors of the GPDA.

Marion Jolles Grosjean is no stranger, she is a  well-known journalist and television presenter who has been working for TF1 since 2015. 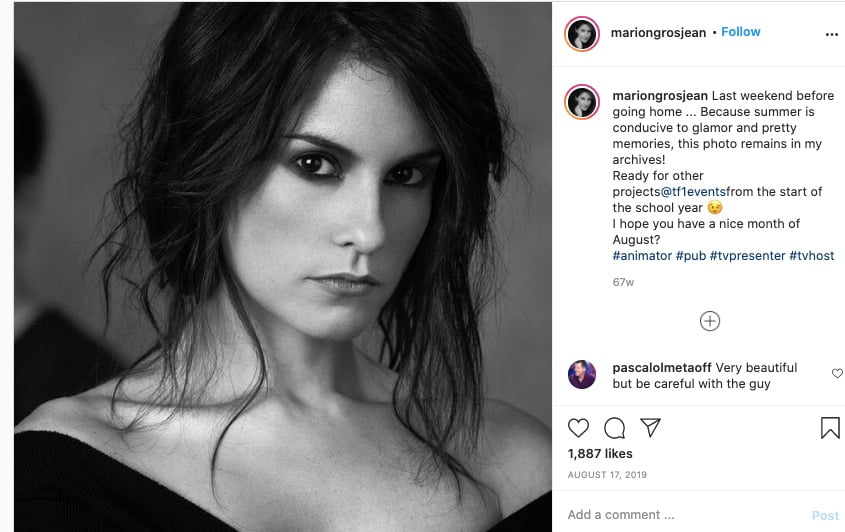 Marion Jolles Grosjean was born on December 8, 21981, in Saint-Etienne in Loire, France. She found a passion for journalism at an early age, after high school, she moved to Paris where she obtained her DESS (special degree) in bilingual journalism (English and French). 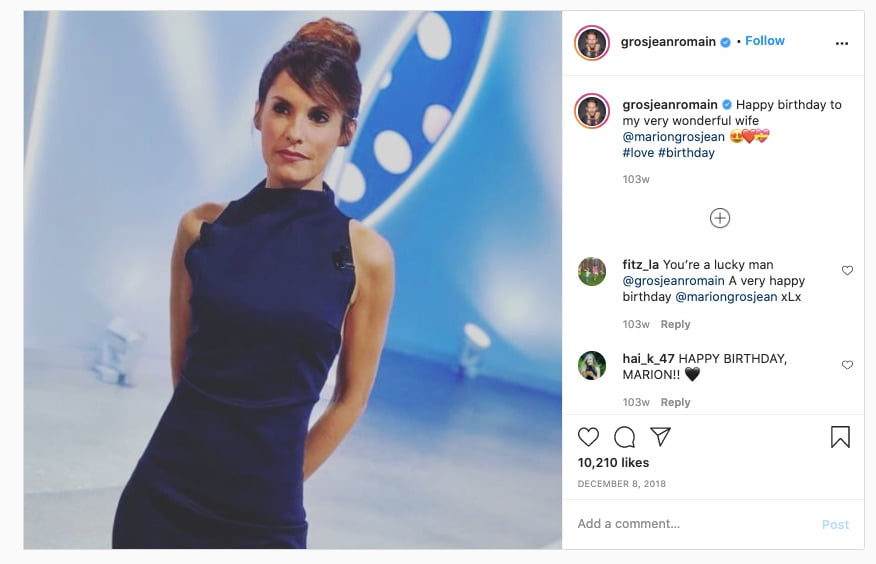 In March 2009, became the co-host along with Denis Briogniart of Formula’s One program called à la Une.

In March 2012, reunited with Denis Brogniart for TF1’s new show Automoto and has been hosting Loto and EuroMillions since 2014. 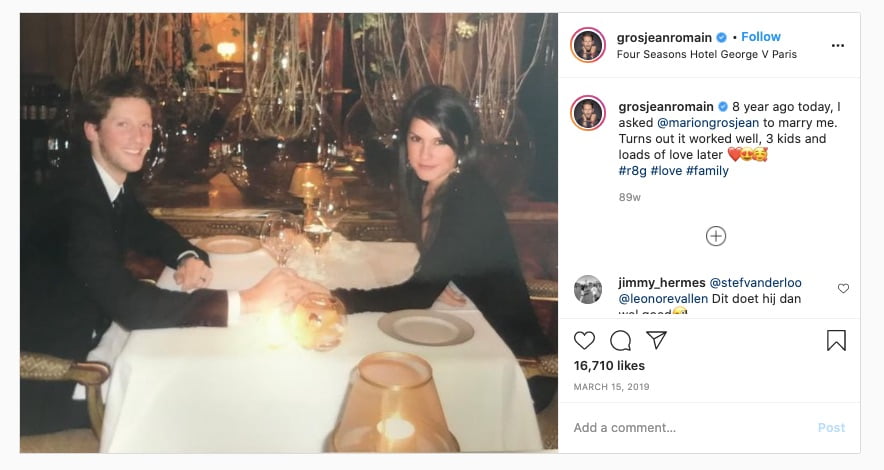 Marion and Romain started dating in 2008; he asked her to be his wife at the Four Seasons Hotel George V in Paris on March 15, 2011. 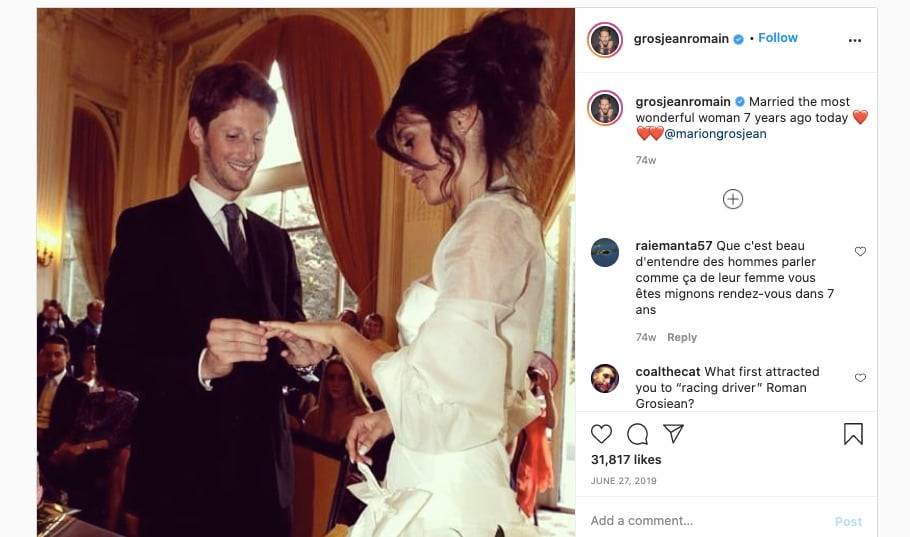 They eventually tied the knot on June 27, 2012, at the Majestic Hotel in Chamoix-Mont Blanc in Haute-Savoie, France. 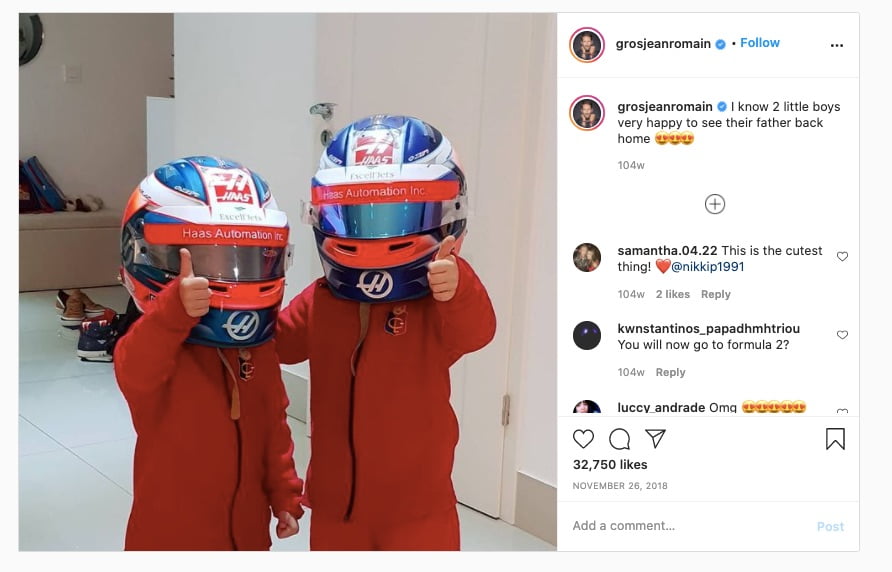 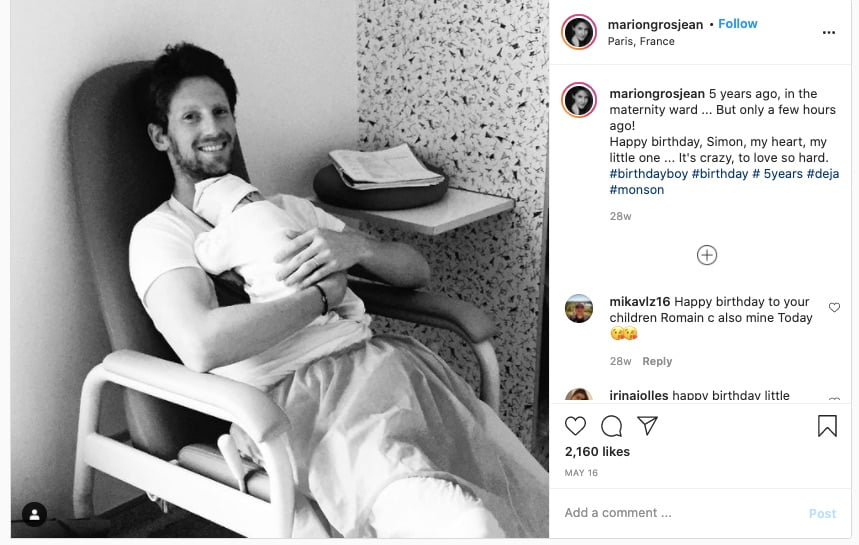 “Sacha, Simon, Marion Jolles and I are very happy to announce the birth of our little Camille on this last day of 2017! Everyone is doing very well, ”

Marion joined her better -half soon after.

“Sacha, Simon, Marion Jolles and I are very happy to announce the birth of our little Camille on this last day of 2017! Everyone is doing very well, ”

You can find Marion Jolles Grosjean on Instagram here.