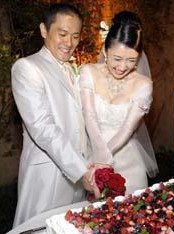 As part of his agreement with the Seattle Mariners, Ichiro insisted on an article being entered for personal English lessons to be taught to both him and his wife.

The two live in in the same neighborhood as Bill Gates in Medina, WA.

Ichiro and wife Yumiko Fukushima yearned to come to Seattle, particularly after Ichiro spent spring training with the Mariners in 1999.

Ichiro is the Michael Jordan of Japan, so admired and so watched that he and Yumiko, well known herself in Japan as a sportscaster, had to go to Los Angeles to be married. 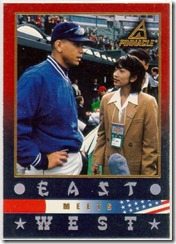 How the two exactly met is no mystery I guess.. It might have been an instant click after a shot or a quick interview. Good for her! I bet many chicks in Japan must have been crazy for this dude!

They look lovely isn’t it? Like an Asian soap opera couple. She is so cute like a porcelain doll and he isn’t bad looking himself…kinda hah?

But still, if you got juicy stuff about these two, don’t hesitate to share your thoughts through this means.