This handsome guy is Romain Ponsart; he is the boyfriend of U.S. figure skater Mariah Bell, the 5’3″ Tulsa, Oklahoma native and 2016 Skate America silver medalist who has been accused of slashing her rival Lim Eun-soo with her skate during warm-ups for the ‘ISU World Championships – Women’s Short Program.

Romain, came to his girl’s defense and said the 16-year-old Korean skater lied about her injury.

His first competition came at the 2009 ISU Junior Grand Prix; two years later finished 17th at the World Junior Championship; eighth place at the 2012 Trophee Eric Bompard, that same year he won his first bronze medal at the Triglav Trophy. 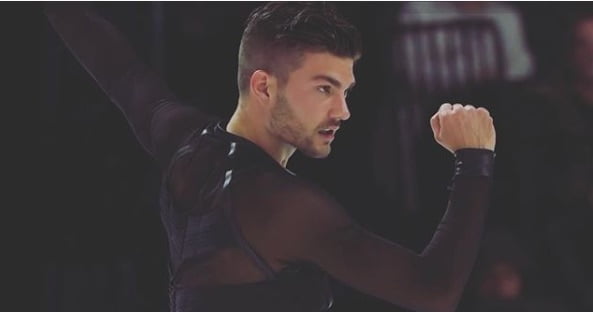