Meet Julie Ertz, formerly known as Julie Johnson, the soccer player with the Chicago Red Stars and the USA Women’s National Team. In addition to that, Julie is the lovely wife of NFL player Zach Ertz, a tight end with the Arizona Cardinals; he previously played for the Philadelphia Eagles.

His beautiful momma, Lisa Adams Ertz, a Cedar Crest College graduate (85′ Business administration & political science), is the director of Defend Your Head and the Ertz Family Foundation executive director. Before that, Mrs. Ertz was the president of the VICIS Foundation, Partner of NextGen Search Solutions; from 2010 to 2017 was an office manager at Pohls and Associates. 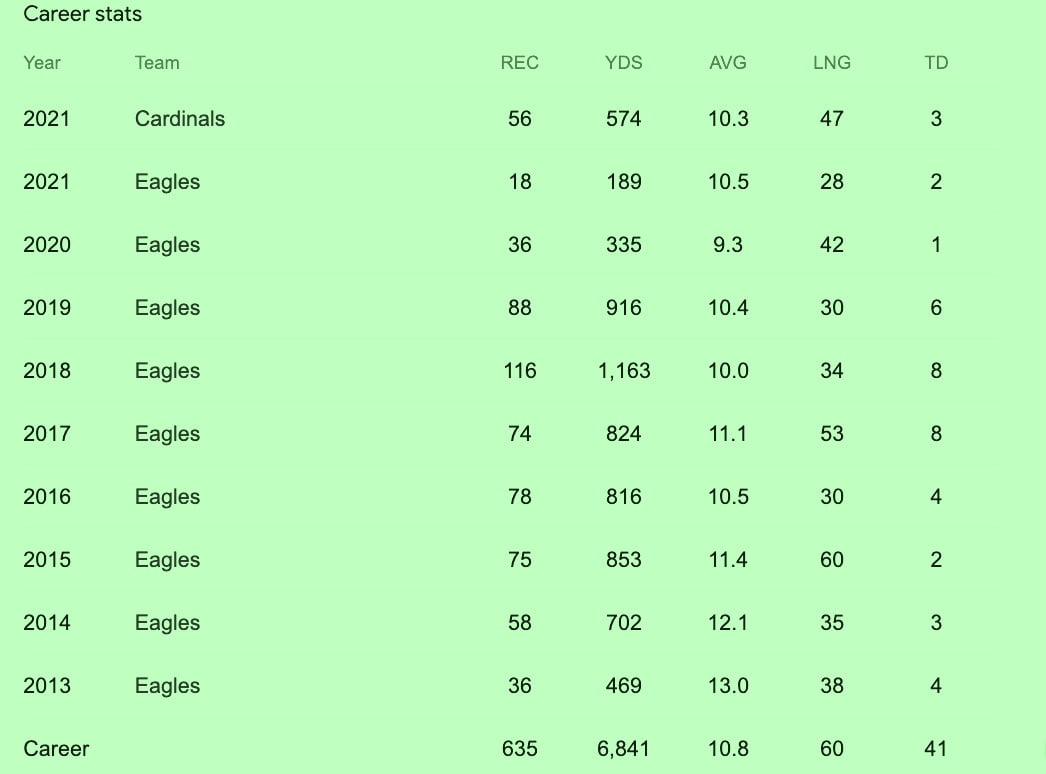 According to Celebrity Net Worth, as of 2022, Zach Ertz’s net worth has been estimated at $16 million. In addition to his salary from his contract with the Cardinals, Ertz earns from his endorsements with Sleep Number, Campbell’s Soup, Chugg, and Visa, among others. 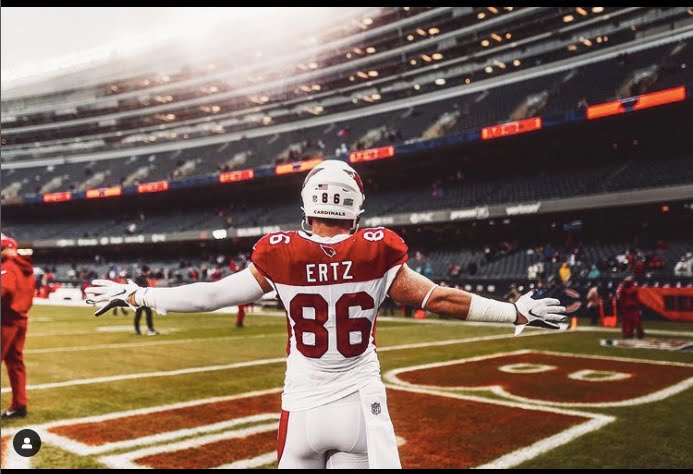 Arizona Cardinals fan can get their hands into Zach Ertz’s #86 jersey at the Cardinals Shop and also at Fanatics. 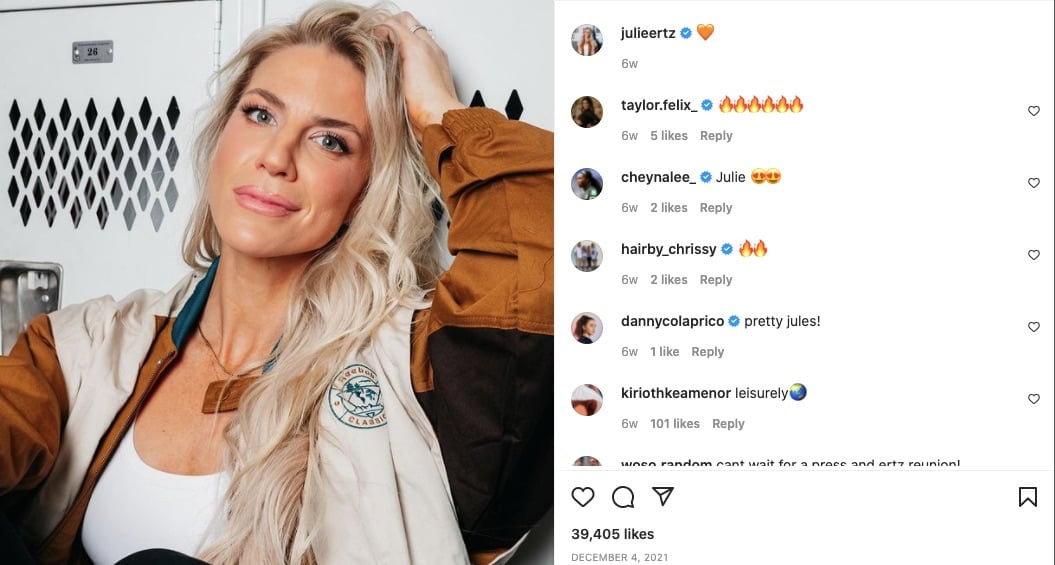 5’7″ Julie Ertz; was born Julie Beth Johnson on April 6, 1996, in Mesa, Arizona. She is one of two daughters born to David and Kristi Johnson, also proud parents to Julie’s sister Melanie Johnson, who played with Julie at Gilbert Soccer Club from 2002 to 2004.

Julie transitioned to attacking midfielder in 2017; the Chicago Red Stars traded Julie Ertz and Sarah Gorden to Angel City FC on December 3, 2021. Her stats with the Red Stars are six goals and eight assists in 95 appearances. 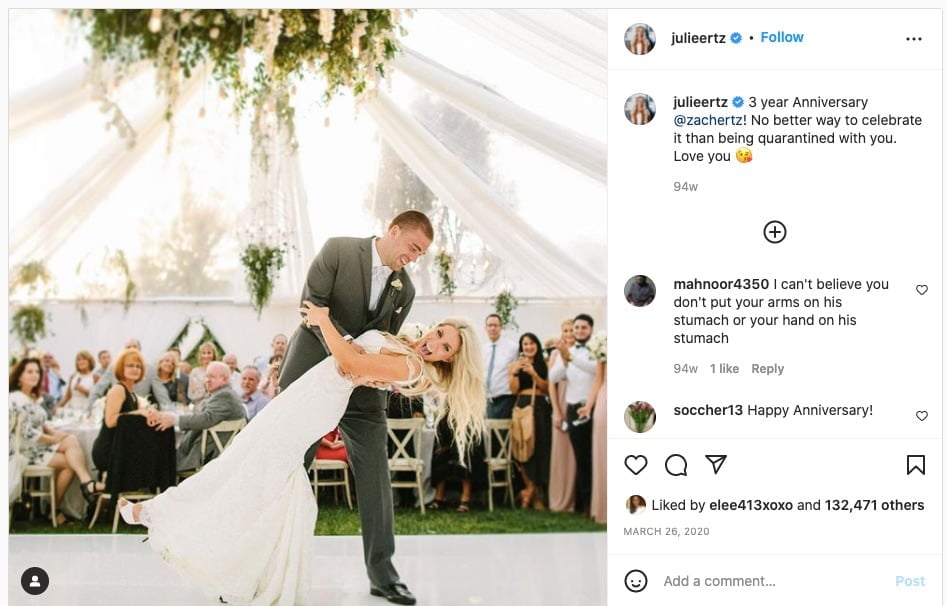 Julie, drop-dead gorgeous blond and athletic lady announced she and Zack Ertz were dating in 2013; they became engaged in February 2016 and tied the knot on March 26, 2017, in Santa Barbara, California. Zack and Julie appeared together on ESPN Body Issue and also in a t.v ad for Visa.

According to Celebrity Net Worth, Julie Ertz has a net worth estimated at $3 million. In addition to her contract, Julie has endorsements with Ball Park, Tiesta Tea, Nike, Chipotle, Secret, Sleep Number, and Fat Fit Fun.