NFL star Plaxico Burress was sued over a car crash that happened back in 2008, by a woman named Alise Smith, after he rear-ended her in his Mercedes.

Plax was ordered to pay $159,000 last year which, according to sources, he continually failed. As a punishment, the DMV suspended Plax’s driving license and a judge ordered the sale of his Virginia Beach mansion to settle the debt. 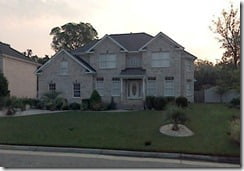 The 3,540 square-foot home was planned to go up for auction on April 23rd, but he sold it before the auction date for roughly $480,000. He used the money to pay Alise, and later her lawyer, James Dunn, filed the legal documents. Plax’s drivers license was reinstated on Monday.

32-year-old Alise Smith  from Florida,  was 27 years old at the time of the lawsuit.We believe her full  name  is Alise Johana Smith, from Pembroke Pines, FL born on January 03, 1981.

Buress also made nationwide headlines back in 2008 after accidentally shooting himself in the thigh with his own gun. His injuries were not life-threatening.