Ryan Lochte the U.S Olympic Swimmer with a new reality show is no longer single ladies, it seemed that Lochte’s new girlfriend in 2013 is no other than Jaimee Hollier, but surprise, surprise,  these two naughty love birds have not just began to see each other, they have been secretly dating for four years already!!

28 year-old Ryan Lochte and  his British brunette met in Las Vegas a couple if years ago and have been dating ever since, 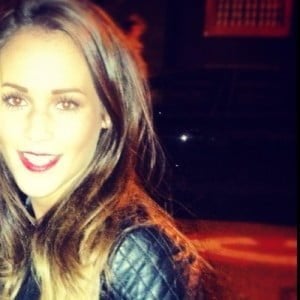 23-year-old Jaimee Hollier was born in Solihul, West Midllands.  She graduated with a BSc Mathematics & Management from the University of Leeds; Jamie is a  junior sales manager for Fossil watches, based at the company’s headquarters in Milton Keynes, before that she was the brand’s coordinator.

Jaimee Hollier  made her first public appearance at his t.v show on E! What Would Ryan Lochte Do? but she has been supporting him in almost every swimming competition, Hollier was cheering for him at the London Olympics, she was also at the 2012 FINA Short Course World Championships in Istanbul.