Meet Amy Sherrill aka Amy Duncan, so far she still is  married to  San Antonio Spurs power forward Tim Duncan, she might be on the  dating market pretty soon, or not.

According to reports Amy filed for divorced in March, 2013 and has moved out of the family home and hubby Tim allegedly hired a to follow Amy, some media suggested Amy cheated on  Duncan with a fitness trainer, the same guy with whom she had been having a affair for years and the same fella she allegedly hired at her new gym in San Antonio, but then again that is just a rumor.

Amy filed for divorced in Texas on March 27, she cited her marriage had become insupportable because of discord and conflict. 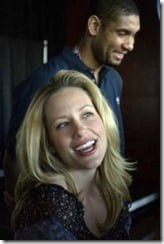 35-year-old Amy Michelle Sherrill born in 1977 to Judy and Fred Sherrill in NC. Amy was a cheerleader at Wake Forest University where  she met and  began to date her soon to be hubby,  they split up after his 1997 graduation, Amy  once said she wasn’t going to those girls  in a long distance relationship suffering from jealousy after she was familiar with the so many stories about ballers and women throwing themselves at their feet. 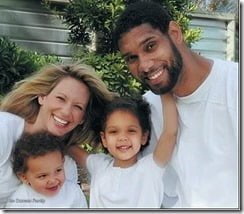 However Tim continued to pursued her and by July 21, 2001 Amy Sherrill got married and became Amy Duncan NBA Wag and mother of her two beautiful children daughter Sydney born on June 27, 2005 and son Drawen born on Aug. 3, 2007. 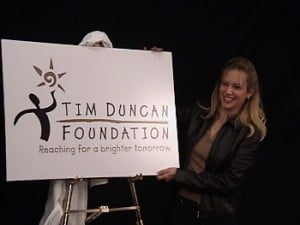