As of February 2021, Steph Curry’s net worth has been estimated at $160 million. In addition to his salary from his contract with the Warriors, Curry earns around $40 million from his endorsement deals with Under Armour, Panini, Rakuten, OXIGEN Beverages, FTX, Google, CarMax, Nissan Motor, Palm, Chase, and Callaway Golf.

Other earnings include his deal with Sony and his production company Unanimous Media; in November 2020, a podcasting deal with Audible, his investment company SC30 that handles all with philanthropic ventures ( No kid Hungry, Eat, Learn Play foundation) as well as investment brands.

Later in 2013, Steph signed a four-year, $44 million contract extension with the Golden State Warriors, earning an annual salary of $11 million. 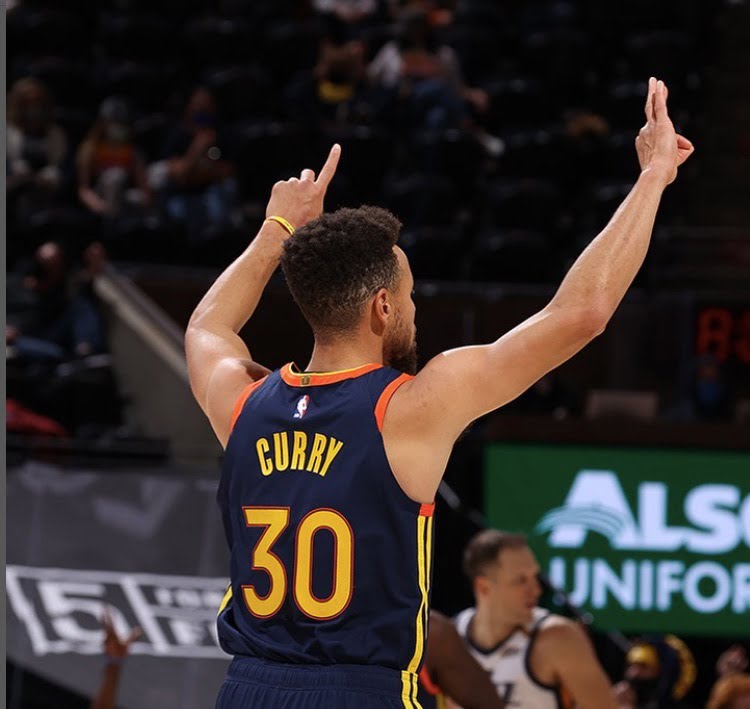 Golden State Warriors fans looking for Steph Curry’s #30 jersey, you can get yours at the Warriors Shop, NBA Shop, Amazon, and Fanatics.

Steph Curry’s drop-dead gorgeous wife Ayesha is first and foremost a wife and mother of three amazing children; she is also a businesswoman, self-taught chef, and a book author.

Ayesha Curry was born Ayesha Alexander on March 23, 1989, in Toronto, Canada. She is one of five children born to Carol Chin Alexander and John Alexander, also proud parents to Ayesha’s siblings, brothers Jax and Chad, and sisters Janiece and Maria.

Ayesha and her family moved to Charlotte, North Carolina when she was 14; Ayesha attended Weddington High School, before getting accepted into the York of forming arts high school program.

Ayesha Curry played Cassie Stevens in the 2008 tv movie Dan’s Detour of Life, she also starred as Keeley Hawkins in Whittaker Bay and as Trish in the 2009 short film Underground Street Flippers.

That same year, Ayesha appeared in one episode of Hannah Montana, and in Good Luck Charlie in 2010. Ayesha and Stephen were 14and 15 respectively when they met at a youth group at a local church; they didn’t start dating right away but a couple of years later when she was pursuing acting in Hollywood and he was in town for an award show that they saw each other again and started dating. On January 15, 2015 they announced Ayesha was expecting their second child. God is amazing. The gift of life is truly an indescribable thing. We were fortunate enough to experience it all over again friday night! Our beautiful little Ryan Carson Curry arrived perfectly healthy and happy!

She arrived a little  early through a quick 3 hour labor and was a small 6lbs 1 oz. I was able to  birth her naturally without an epidural. This is something I’ve always wanted to do and was so happy to get through it with the help of my darling husband and amazing doctor. This time around I felt more prepared and was able to take in the entire process. It was a miracle!

Stephen, Riley and I are enjoying this gorgeous gift from God and basking in the present! We are now officially a family of 4! Riley is completely enamored with her little sister and has taken on her role as big sister beautifully. I am already so proud of her.

My heart is FULL. God has been too good to us. Our beautiful baby boy Canon W.Jack Curry 7/2/2018. He joined us earlier than we thought and we couldn’t be more excited and grateful. Family of 5! @stephencurry30 #mynewman 😆😍 📷 by this mama of 3! 🤱🏽

Steph and Ayesha Curry renewed their vows in September 2021. 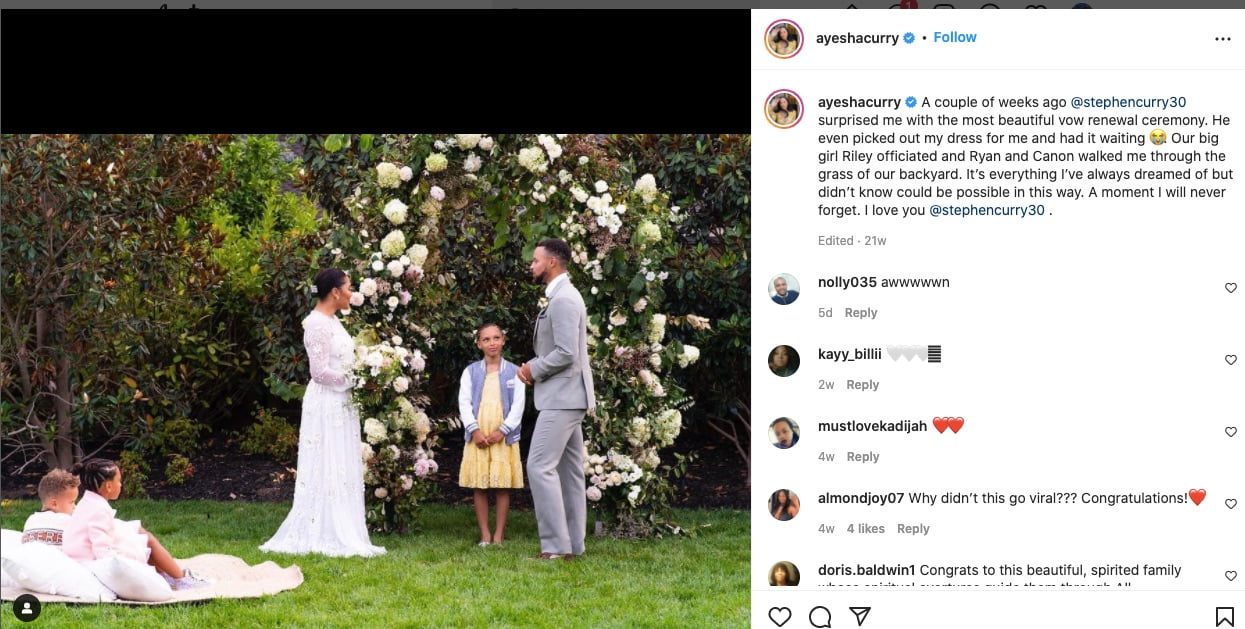 Ayesha shows her amazing cooking skills YouTube, check her on her channel Little Lights of Mine here.