Have you met Shelby Miller? She is the pretty girlfriend of NBA player Trae Young, the talented 6’2″ point guard from Lubbock, Texas who currently plays for the Atlanta Hawks and for the Oklahoma Sooner prior to entering the NBA Draft.

Trae was the 5th overall selection, drafted by the Mavericks in the first round of the 2018 NBA Draft. Dallas later traded him to Atlanta.

Born in Lubbock, Texas, Trae young started his career while he attended the University of Oklahoma. Prior to committing with the Sooners on  February 16, 2017, Young attended Norman High School. Trae played one season with the Sooners, started in 32 games, recorded 848 points, 271 assists, 27.4 points per game, and 8.7 assists per game. Trae announced he was declaring to the NBA draft after the 2018 NCAA Men’s Basketball Tournament, forgoing his three last years of collegiate eligibility.

Some of his college career highlights and awards include:

Trae Youn was selected by the Dallas Mavericks, with the 5th overall selection in the first round during the 2018 NBA draft. The Dallas Mavericks traded him along with a first-round pick for the rights of Luka Doncic, who the Atlanta Hawks had previously selected third overall.

On August 2, 2021, Trae Young agreed to a five-year, $207 million contract extension with the Atlanta Hawks

He donated $10,000 through the Trae Young Foundation to target relief in the Atlanta Area during the COVID-19 pandemic. He paid $1.5 million. for an 8,100 square feet home in Norman, Oklahoma. The home has five bedrooms, six bathrooms, an outdoor pool with a slide, pool house, 7-car garage  and an impressive and huge kitchen. According to TMZ, Trae spent a couple of more Benjamins on security, 14 TVs, and a sick audio system. 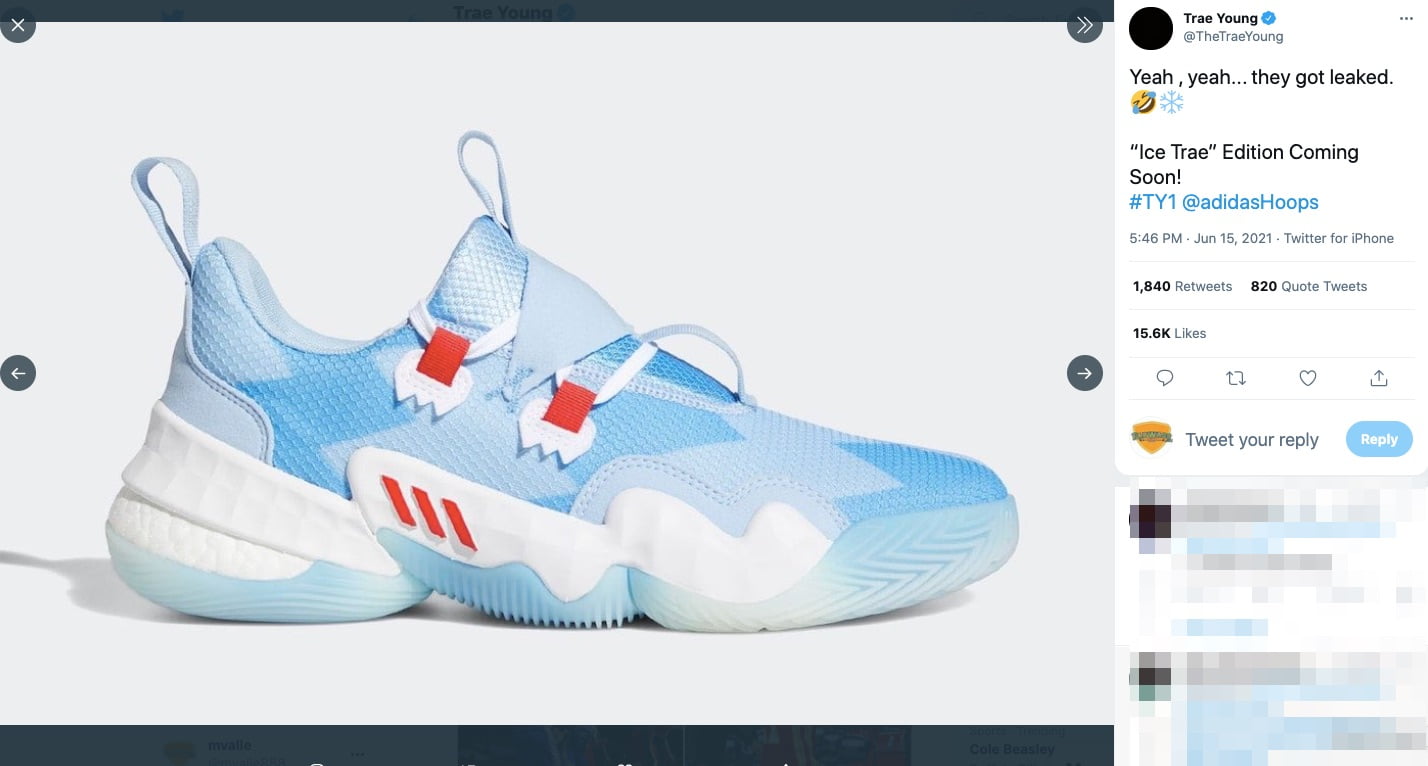 “I’m super excited,” Young told ESPN’s Rachel Nichols. “This is a dream come true for me. I dreamed as a kid, just playing on those little goals in your room, putting on [signature] shoes and dreaming of being that player.” 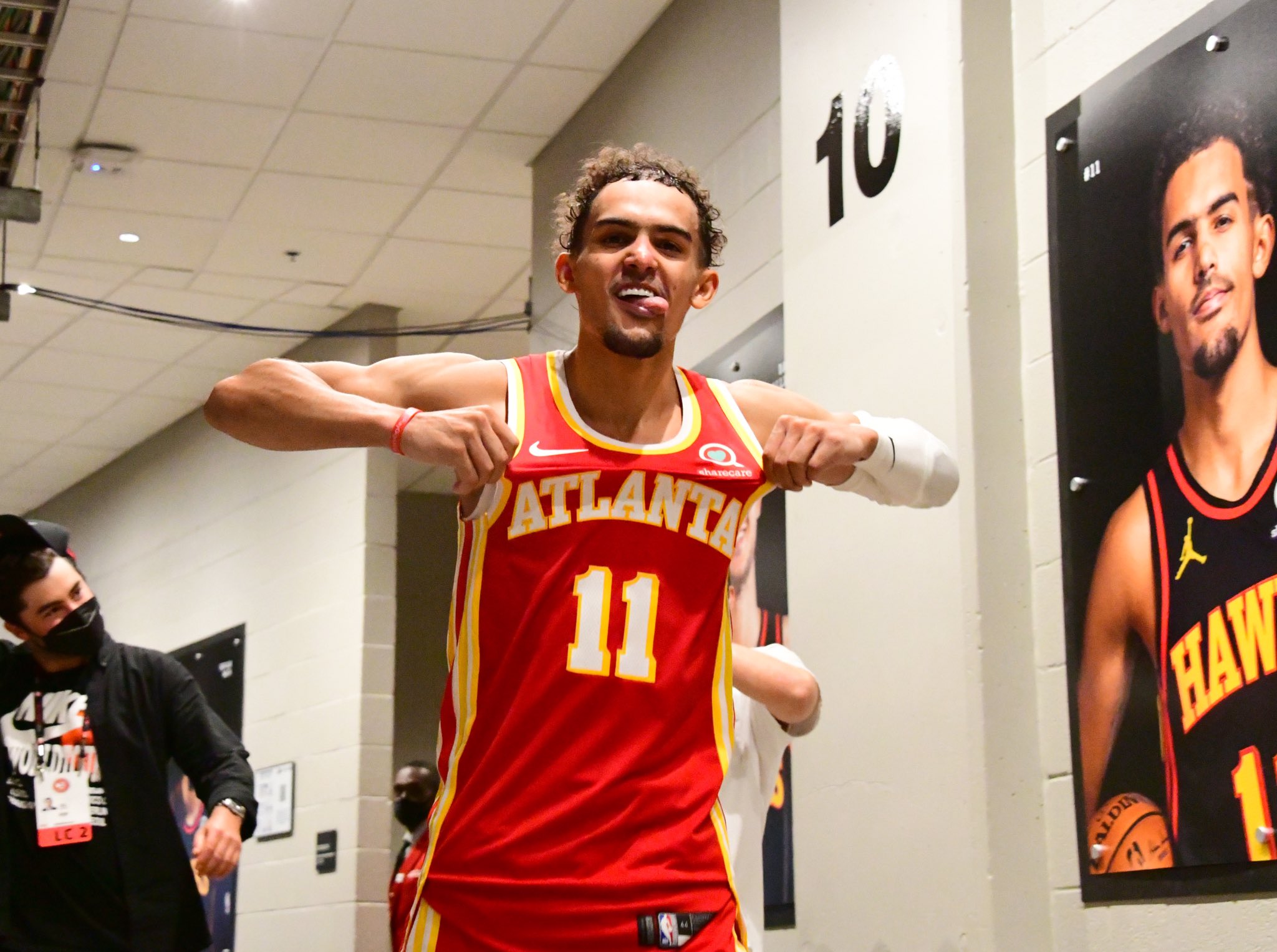 The Hawks Sops also has an interesting selection, from jerseys to t-ships to snap caps; prices start $18.00 for the Spalding Young basketball.

As previously mention Trae Young has been dating the lovely Shelby Miller for over four years. Although photos of them as a couple were first photos on each other’s Instagram, there is a chance they knew each other long before college, maybe Shelby also attended Norman High School, her sister Casey graduated from Norman and the University of Oklahoma, therefore it is likely Shelby followed her big sis’s path.

Trae Young’s stunning gal, Shelby, was born Shelby Danae Miller on October 25, 1995, in Norman, Oklahoma; she is one of two daughters born to Mike and Sherry Miller (nee. Watson).

Her dad is the vice president of sales & marketing at EnviroProducts; her momma is the adjunct instructor at the University of Oklahoma; before that, was a 2nd and 4th-grade teacher at Norman Public Schools. Shelby’s older sister Cassie, 30, graduated from the University of Oklahoma; she is currently married to Casey Todd. They welcomed their beautiful daughter Tinsley born in September 2020. Like her big sis, Shelby attends the University of Oklahoma. Shelby who studied communications media and graduated in 2019, was also a member of the Cheerleading squad. It looks likeShelby is living with Trae in Atlanta along with their two adorable French bulldogs, Normi and Lanta. 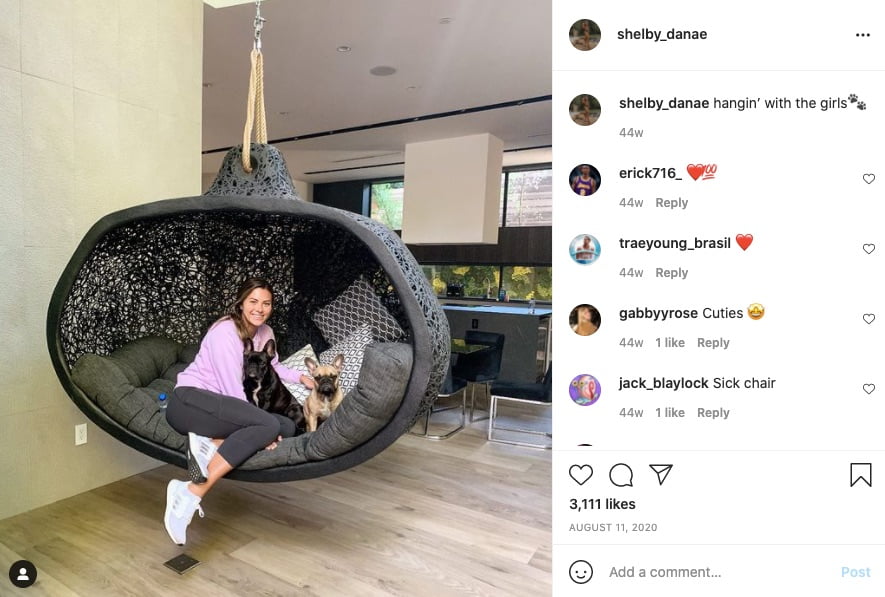 Trae Young and Shelby Miller announced their engagement on December 16, 2021.

Trae posted the posted with the caption “What a night💫 #FutureMrsYoung💍.” Shelby on the other hand wrote Forever Young🤍 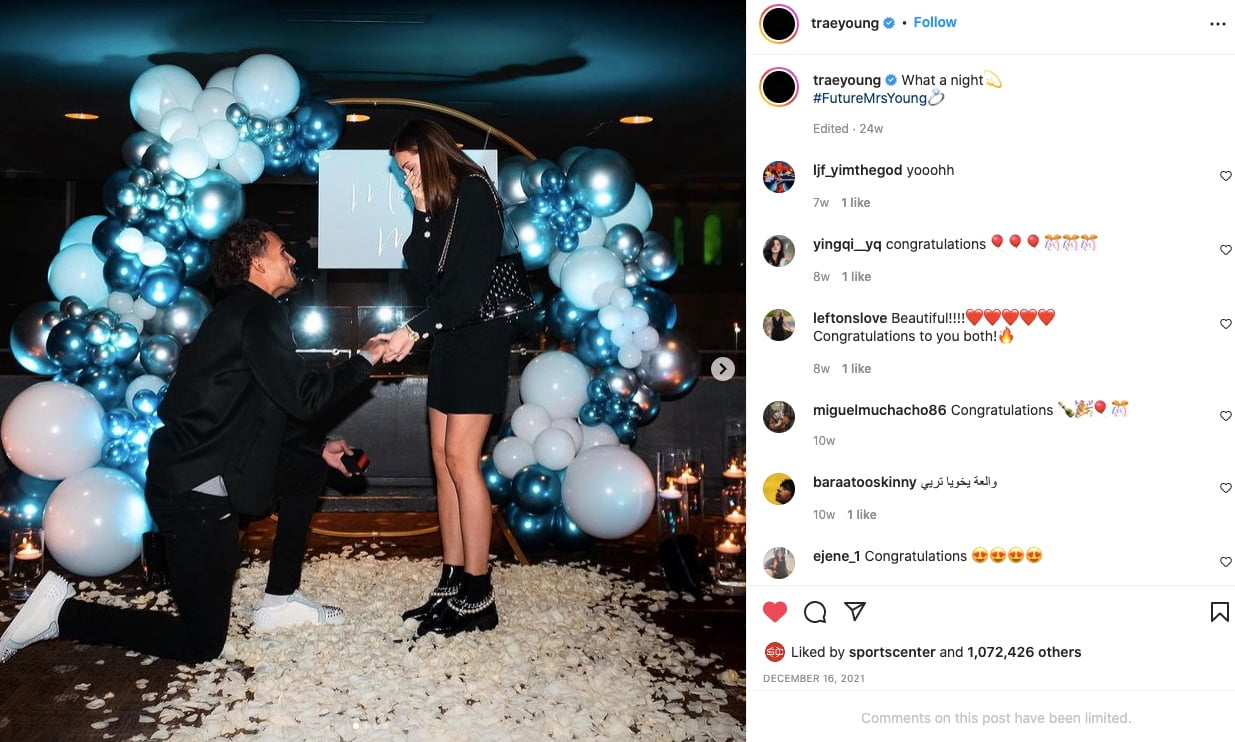 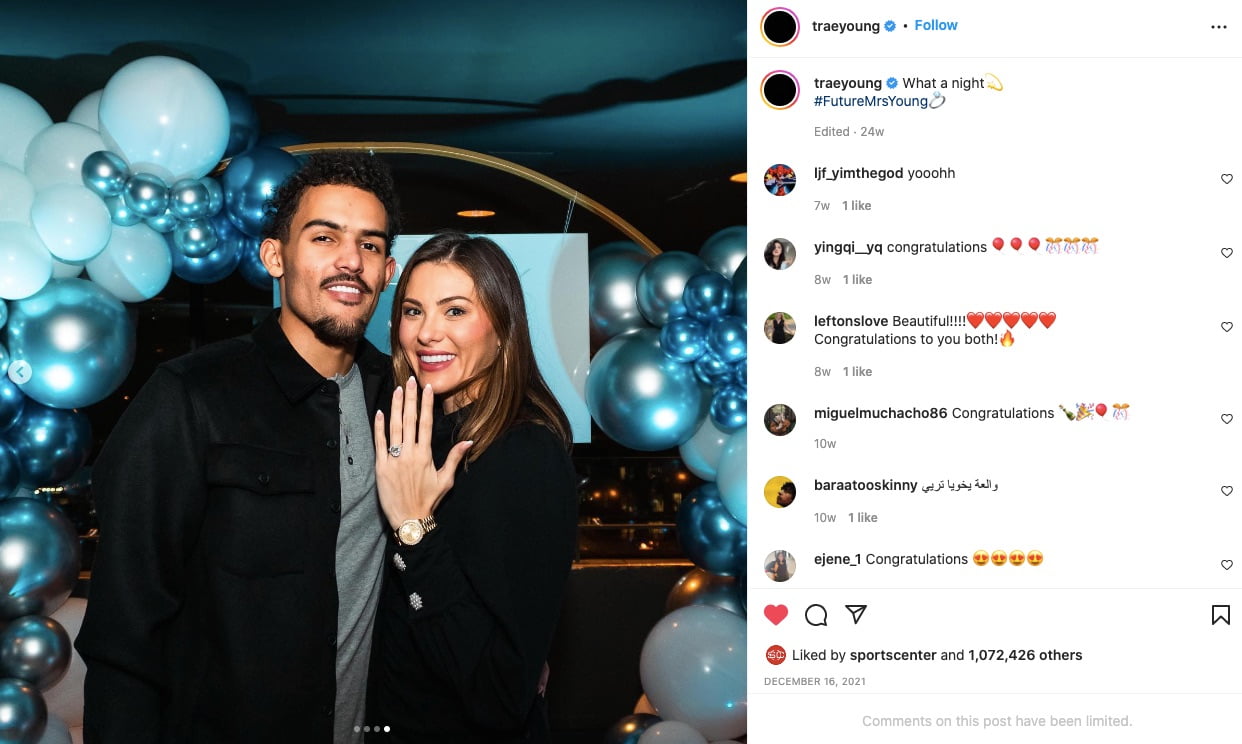 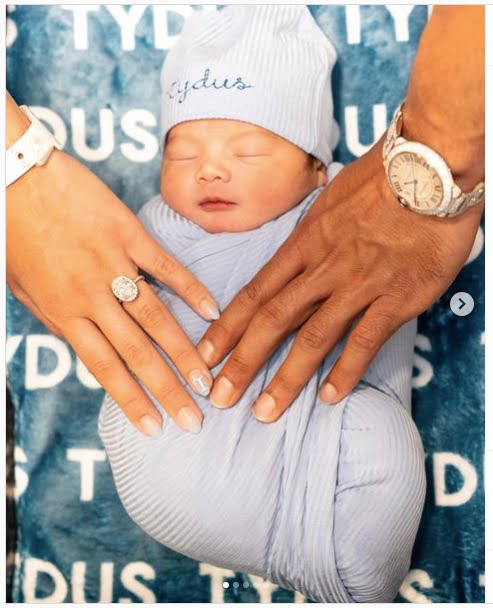 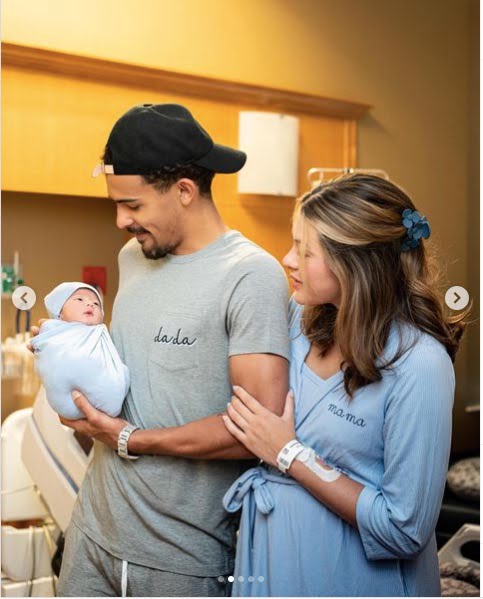 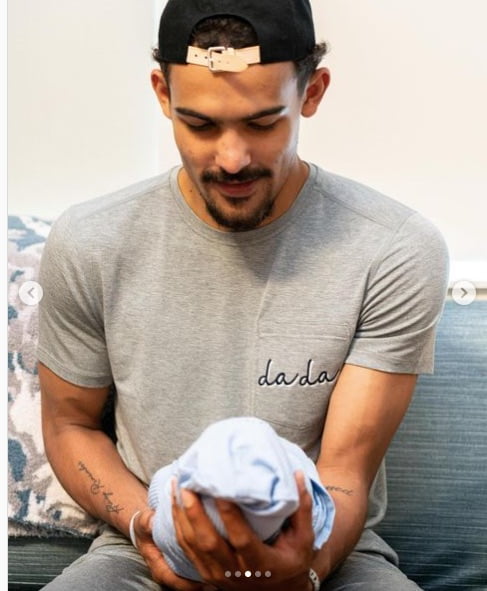 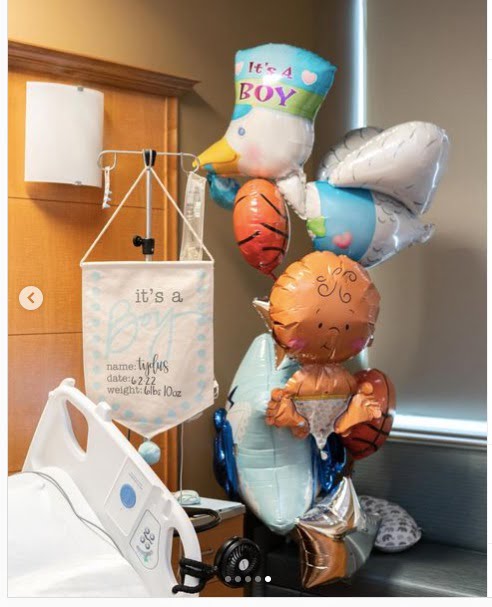