Kim Lamey is the longtime wife of legendary broadcaster Bob Lamey –who served until recently as the official voice for the Indianapolis Colts.

Kim’s husband was for more than three decades the voice of the Colts and just before he announced his retirement earlier this week, he would have served his 32nd season.

Lamey who has worked in radio for decades, is said to have ended his relationship with the Colts after he used racial slurs while telling a story from his broadcasting career.

Born in Chester, Penn; Lamey graduated from Texas Christian University and earned a Masters Degree from Ohio University. He began his career as the voice of the ABA’s Carolina Cougars and sports director of WSOC-TV in Charlotte, N.C. He also broadcast Charlotte Checkers hockey from 1964-68.

He became Hockey Bob while providing the official play-by-play voice of the Indianapolis Racers hockey team from 1974 to 1977. He would then go on to provide play-by-play for the Indiana Pacers from 1977 to 1984. 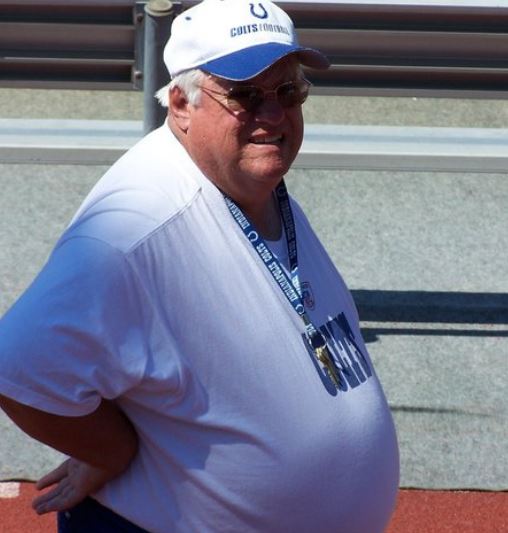 From 1988 to 2000, Lamey worked as a turn reporter on the Indianapolis Motor Speedway Radio Network. He also spent 23 years working for WIBC Radio, with the last 15 years spent as sports director. In 2008, Lamey was inducted to the Indiana Sports Broadcasters and Writers Hall of Fame.

Like Bob, Kim had a previous relationship in which she became the mother of two daughters and one son. After her wedding to Bob, she gained three stepdaughters, totaling six children between the two but none from the couple itself. Unlike her husband Kim leads a low profile life and will surely be glad to know her husband will be spending more time at home.