Meet the beautiful Nicholle Anderson; she is the stunning wife of NHL player Craig Anderson, who is currently the goalkeeper for the Ottawa Senators.  He also played with the Florida Panthers, Chicago Blackhawks, and the Colorado Avalanche before joining the Senators during the 2010-2011 season.

Nicholle’s hubby was born on May 21, 1981, in Park Ridge, Illinois. He joined his first team, the  Guelph Storm in 1998, before the Chicago Blackhawks selected him in the third round (77th overall) in the 1999 NHL Draft.

He played in Chicago until they traded him to the Florida Panthers in June 2006; although he didn’t play with the Panthers right away, instead he spent the season with the Panther’s affiliate the Rochester Americans.

Eventually, in 2007 he joined. The Panthers. After becoming a free agent in July 2009, Anderson signed with the Colorado Avalanche.

Colorado traded him along with Brian Elliot to the Ottawa Senators in February 2008.

Craig married his incredible wife Nicholle on July 23, 2010. They welcomed their son Jake,  the summer of 2011, and in February 2014, their youngest son Levi was born.

Nicholle is battling with a rare form of cancer known as nasopharyngeal cancer.

Her cancer diagnosis was discovered, during a routine doctor appointment, after she experienced a constellation of cold symptoms, which included phlegm, nasal congestion, exhaustion and night sweats.

After the doctor had checked her, he suggested an ultrasound on a swollen lymph node in the neck; this led to a biopsy that confined the presence of a malign lump. They later found a mass behind her nose.

2016, was a rollest coaster of emotions filled with laughter and sorrow for the Andersons.

In June 2016, Nicole she found she was pregnant with their child.  They decided to do a Panorama noninvasive blood test; the test revealed in addition, of the gender of the baby, it showed the presence of any genetic defects.

At first, the doctor told them that there wasn’t enough fetal faction in the blood sand they must redo the test, so they did. But after 11 weeks patiently waiting, for the results came with even more concern; again not enough fetal faction in the blood, which meant there was a chance of an abnormality; therefore they visited a genetics doctor that administered a CVS; the results showed they were expecting a healthy baby girl.

Nicholle and Craig were ecstatic, but their happiness didn’t last long.After a routine ultrasound in September, the doctor told her, the baby measured three weeks behind, an underdeveloped cerebellum and heart defects; but what happened,  how things came to the point they were especially after the CVS showed the opposite.

They were given the option to terminate the pregnancy, but Nicole and Craig didn’t want to be in that position; they didn’t have to, God made it for them, three days later when Nicole miscarriage.

In her own words

During the pregnancy in August, I noticed a little congestion setting in.  As we all know, congestion is a part of pregnancy.

I started experiencing coughing phlegm, dry mouth, night sweats, and extreme tiredness.   These are all symptoms of a cold or even pregnancy.

I called my OBGYN and was prescribed an antibiotic.  I completed the antibiotic and flew to Mt. Tremblant to meet my husband for a little preseason get-to-together.

My ear was crackling.  It had a full feeling.  It continued to pop as if I were on an airplane.  I associated these symptoms with my cold, travel,  and never thought it could be anything more.

After the miscarriage, the congestion did not subside.  I called the team doctor for an appointment.  He felt the lump in my neck and advised me to get an ultrasound of my lymph node which led to a suggested biopsy.  At the time, I was in Pennsylvania visiting my family and friends.

The purpose of my trip was to sit through chemo with my girlfriend, Crystal, who is battling breast cancer.  I never thought in a couple of days from this point I would be in the cancer club too.  I am so thankful The Flyers Organization referred me to an oncologist ENT, Dr. Chetan Nayak.

He biopsied my neck and also found a nasal mass.  The report from the biopsy indicated there was cancer in my lymph node.  Craig flew home immediately.  The following day, I was in surgery to biopsy the mass they found behind my nose.  After gathering all of the information from both biopsies and multiple tests, I was diagnosed with nasopharyngeal carcinoma.

Nicholle Anderson is receiving radiation therapy (33 sessions) alongside chemotherapy. It is to be followed by three more rounds of chemotherapy over a 12-week period. 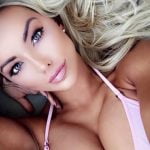 Meet pretty Anna de Ferran, she will be one of the pretty ladies supporting their men at Indy 500, … END_OF_DOCUMENT_TOKEN_TO_BE_REPLACED 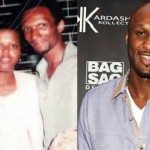