Meet Nina Hamlin, the beautiful and caring mother of NFL player Damar Hamlin, the 6’0 safety currently playing for the Buffalo Bills. Before signing with the Bills in 2021, Damar Hamlin played college football for the Pittsburgh Panthers at the University of Pittsburgh.

Before committing to the University of Pittsburgh, Damar Hamlin attended Pittsburgh Central Catholic, where he was named first-team All-State and the Class AAAA Defensive Player of the Year.

As of January 2023, Damar Hamlin’s net worth has been estimated at $2.5 million.

Damar Hamlin’s foundation, Chasing Millions, has been created in honor of the ones who didn’t quit, who stayed down, and who never gave up, according to their Instagram page. The Chasing Millions Foundation sells masks, hats, t-shirts, socks, hoodies, rugs, and sweatsuits. Damar and the Chasing M’s Foundation created a campaign “to contribute to our first initiative and positively impact children who the pandemic has hardest hit. 100% of the funds raised will go toward the purchase of toys for kids in need. The time to act is now, as we will distribute toys on December 22nd from 3:30 to 5:30 PM from Kelly and Nina’s Daycare Center at 800 Russellwood Ave., McKees Rocks, PA 15136.”

The initial goal was $2,500, but after his incident on the field, the foundation has raised more than $4 million.

“As I embark on my journey to the NFL, I will never forget where I come from and I am committed to using my platform to positively impact the community that raised me,” Hamlin wrote on the fundraiser page. “I created The Chasing M’s Foundation as a vehicle that will allow me to deliver that impact, and the first program is the 2020 Community Toy Drive.”

On January 3, 2023, Week 17, the Bills faced the Cincinnati Bengals when Damar Hamlin tackled Bengals wide receiver Tee Higgins on his right shoulder with his chest. He got up but collapsed on the fields a second later. The Bills announced Damar had a cardiac arrest and that his heartbeat was restored on the field.

Buffalo Bills
Damar Hamlin suffered a cardiac arrest following a hit in our game versus the Bengals. His heartbeat was restored on the field and he was transferred to the UC Medical Center for further testing and treatment. He is currently sedated and listed in critical condition.

Hamlin’s representative Jordon Rooney said: ‘We have no concrete updates right now, last night they administered CPR on the field and got his vitals to a stable position.

‘I’m not sure on the exact medical term, but he is sedated. He is intubated; I’m not sure if that is the same as an induced coma.

‘From that point there hasn’t been a major update, they are really just monitoring him and seeing how he is and how it is best for him to recover.

‘It was a surprise to us, we didn’t expect that to happen. He is healthy and fit.’

Damar Hamlin doesn’t have a wife; he isn’t married and hasn’t never been married either. 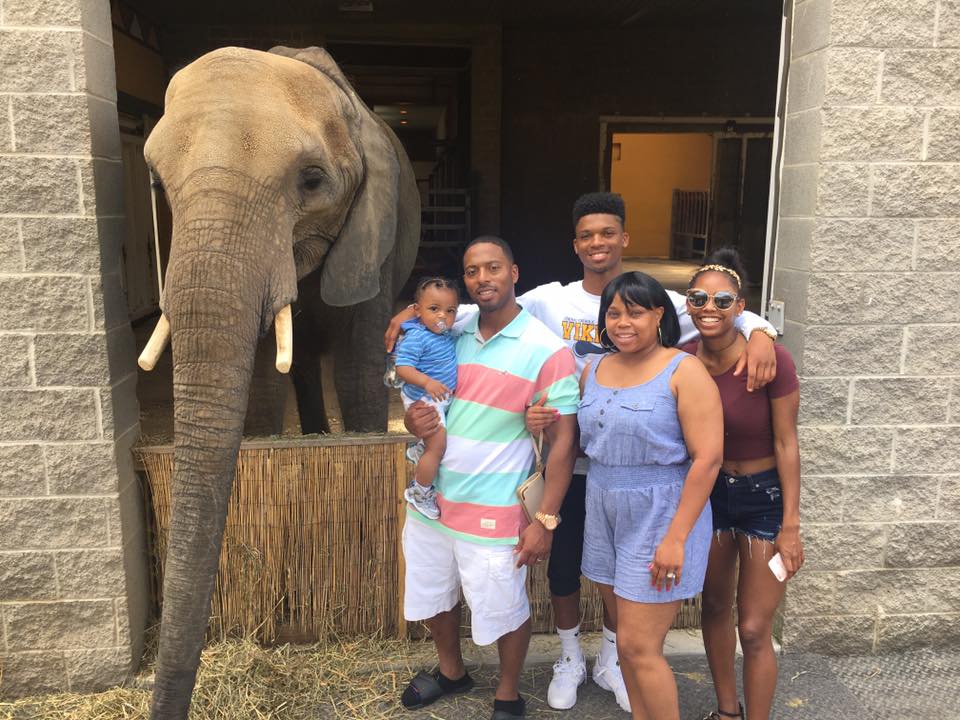 Damar Hamlin doesn’t have a girlfriend at this moment. This pretty gal, was apparently this girlfriend back in high school. 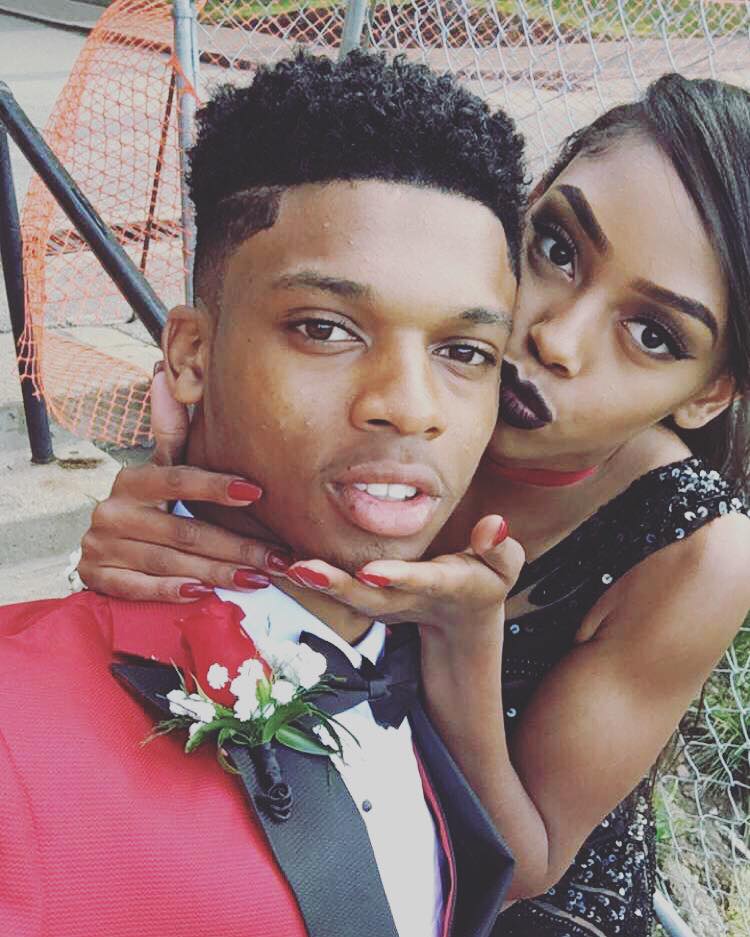 Damar Hamlin has no children; the young boy you find on his Instagram page is his seven-year-old brother Damir. 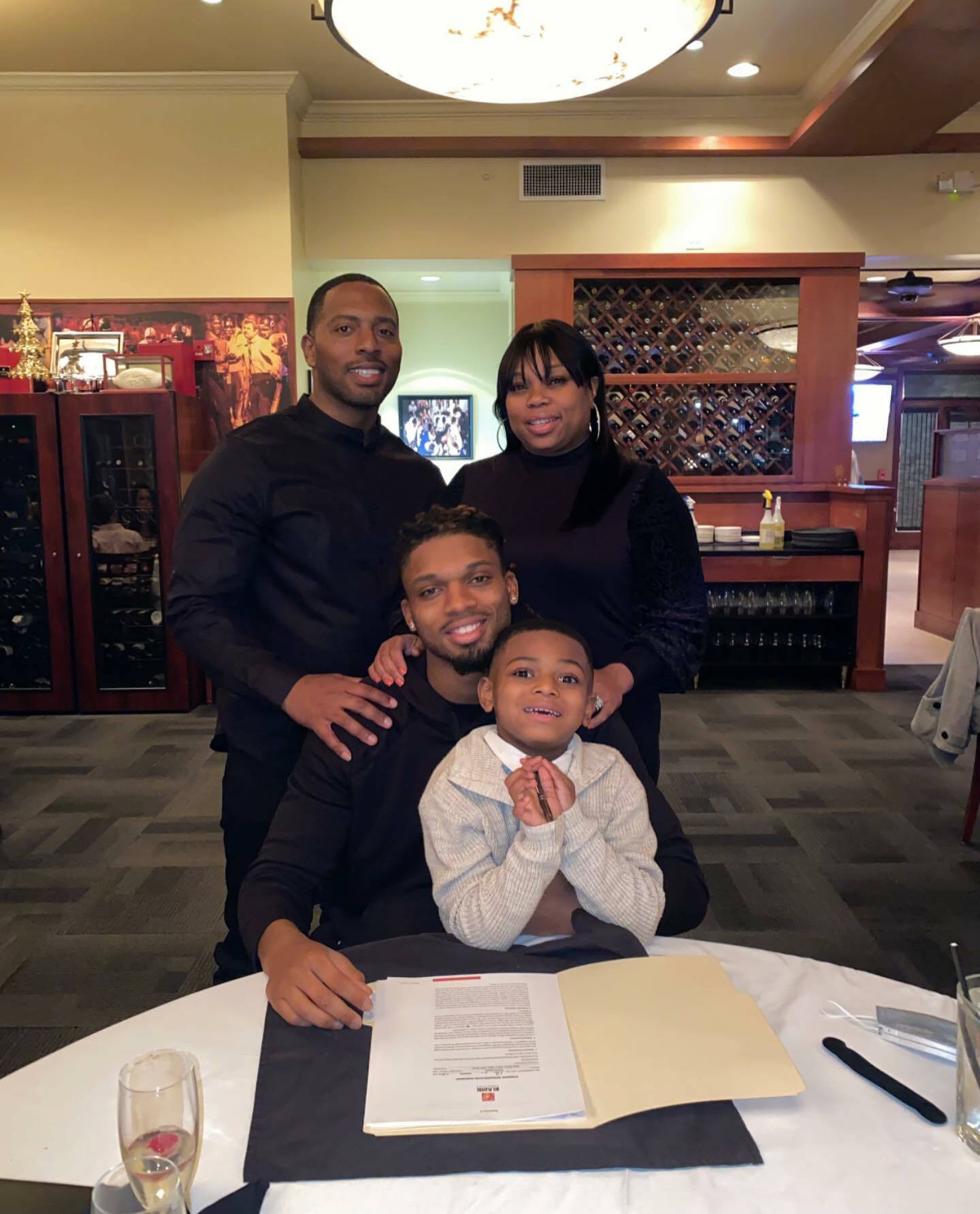 Damar and Damir Hamlin are the sons born to Mario and Nina Hamlin; Damar was born in McKees Rock, Pennsylvania on March 24, 1998, while his younger brother Damir was born in February  2015. 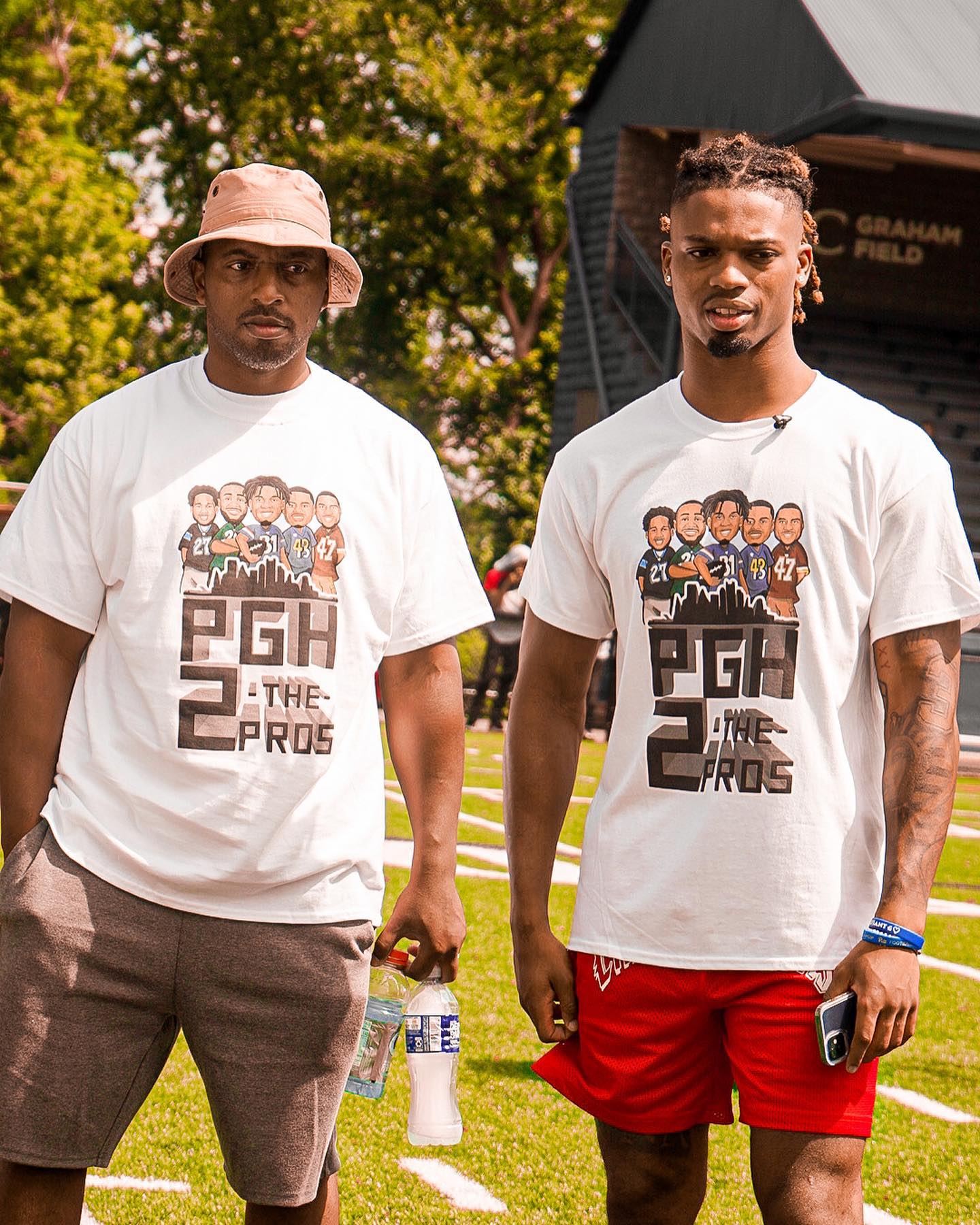 Damar Hamlin’s dad is Mario Hamlin born on January 15, 1980. Not much information about Damar’s father except that he is CEO of TeamHamlin Trucking & Cleaning.

Back in Decembere 2010, a Mario Hamlin, then 30, was sentenced in federal court to 10 years in prison, followed by five years of supervised release, on his conviction of violating federal narcotics laws. 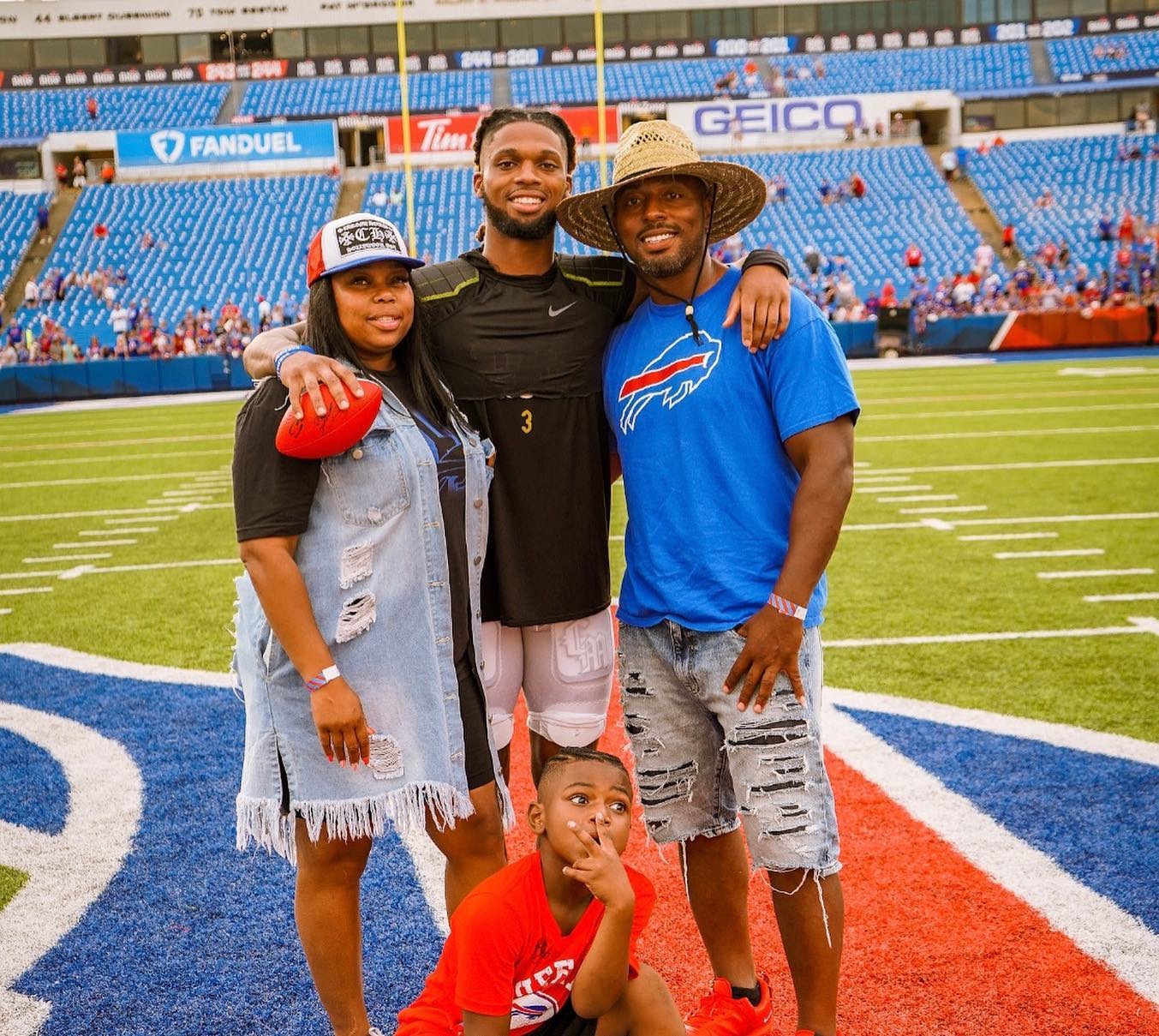 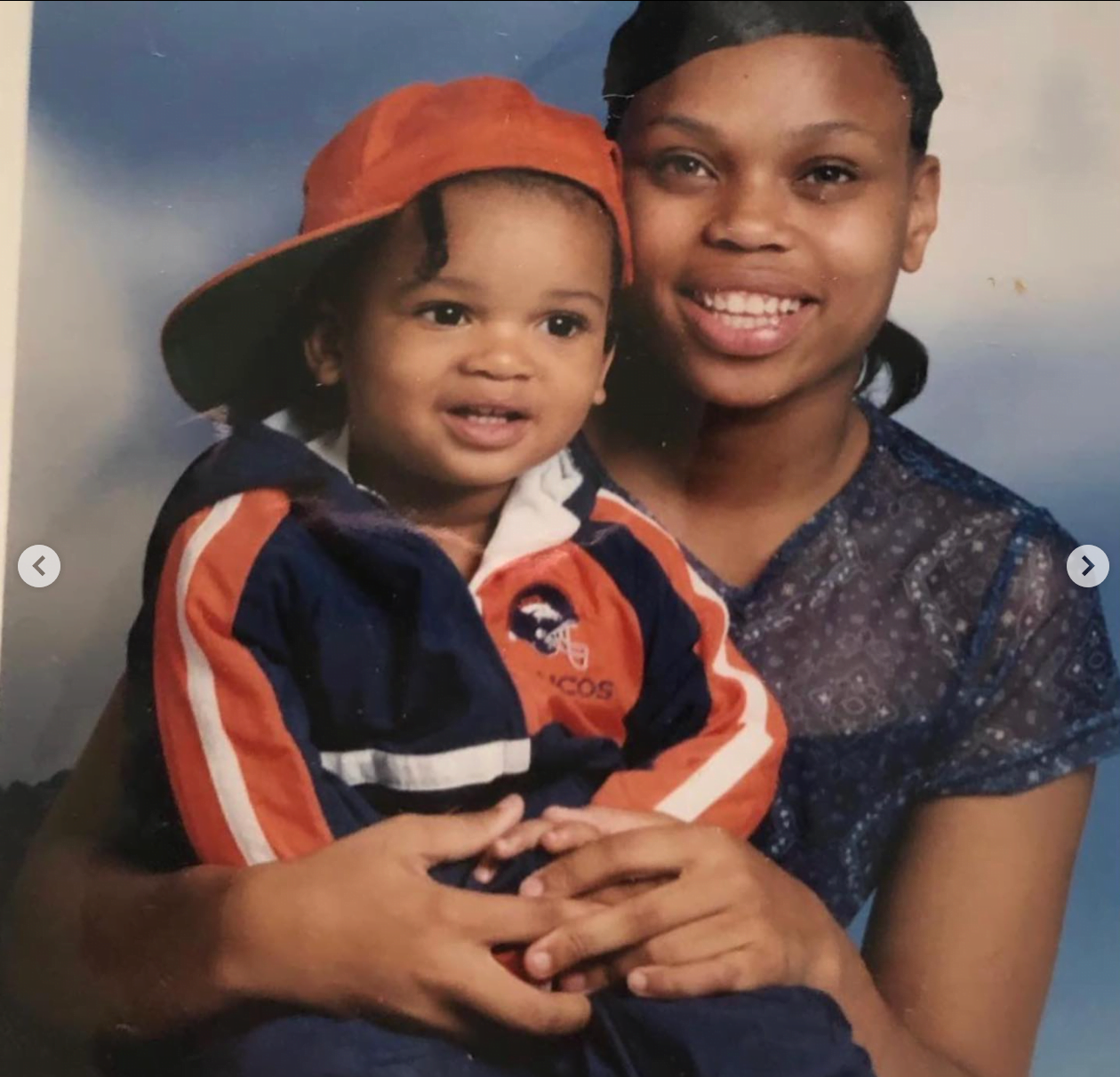 Nina Hamlin a graduate of Sto-Rox Junior/Senior High School is the co-owner of Kelly and Nina’s Daycare Center in McKees Rocks, Pennsylvania.