Meet the lovely Mrs. Becca Jones; she is t amazing and beautiful mother of NFL player Daniel Jones, the rookie for the New York Giants, who played college football at Duke University prior to entering the 2019 NFL Draft, where the Giants selected him in the first round (6th overall).

Daniel Jones started his football career while he attended Charlotte Latin High School in Charlotte, North Carolina, where he was a three-year letterman, recording 8,344 offensive yards,  6,997 passing yards, and 98 touchdowns.

Daniel was captain of the Hawks his junior and senior year, he was named the South Charlotte Sports Report Quarterback of the Year Award, he also earned first-team NCISAA all-state honors. in addition to football, Jones was a member of the basketball team.

Daniel Jones was still in high school when he committed to Princeton University before changing his mind and committed to Duke University in January 2015. He didn’t play his first year at Duke.

Danny Dimes is the nickname Daniel Jones earned during his rookie season with the Giants.

“Yeah, I’ve heard it a little bit more recently,” Jones told reporters this week, per ESPN’s Jordan Raanan. “I don’t know. It’s all right, I guess. There could be worse nicknames.”

Apparently, Danny Dimes is when Jones’ passes lands perfectly in a receiver’s arms

The New York Giants quarterback Daniel Jones was drafted with the 6th overall selection in the first round of the 2019 NFL draft. He was named backup quarterback for Eli Manning, had his first game with the Giants against the DallasCowboys on September 8, 2019, he completed 3-of-4 passes for 17 yards.

New York Giants fans can get their hands into Daniel Jones’ jerseys at the Giants Shops where prices go from $144 to $119. You can also head out to ’s Sporting Goods, Fanatics and if you want your Daniel Jones Jersey with his autograph then the place to find it is Amazon.

As of July 2021, Daniel Jones’ net worth has been estimated at $23.6 million. In addition to his NFL contract, Jones has an endorsement deal with Nike.

Daniel Jones is single at this moment; he dated Ella Bonfede from his years at Duke until May 2020. 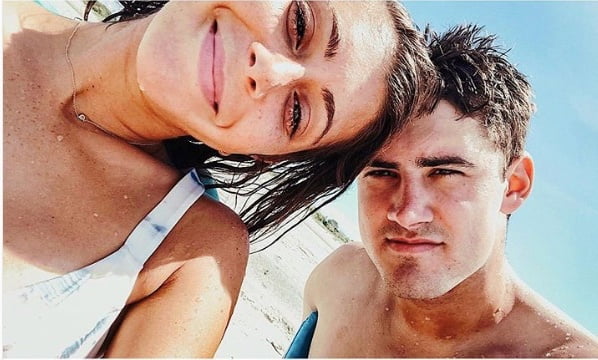 Daniel and Ella met while they both attended Duke, he, as you all know, was a star quarterback, and Ella an attacker with the girls’ Lacrosse team. 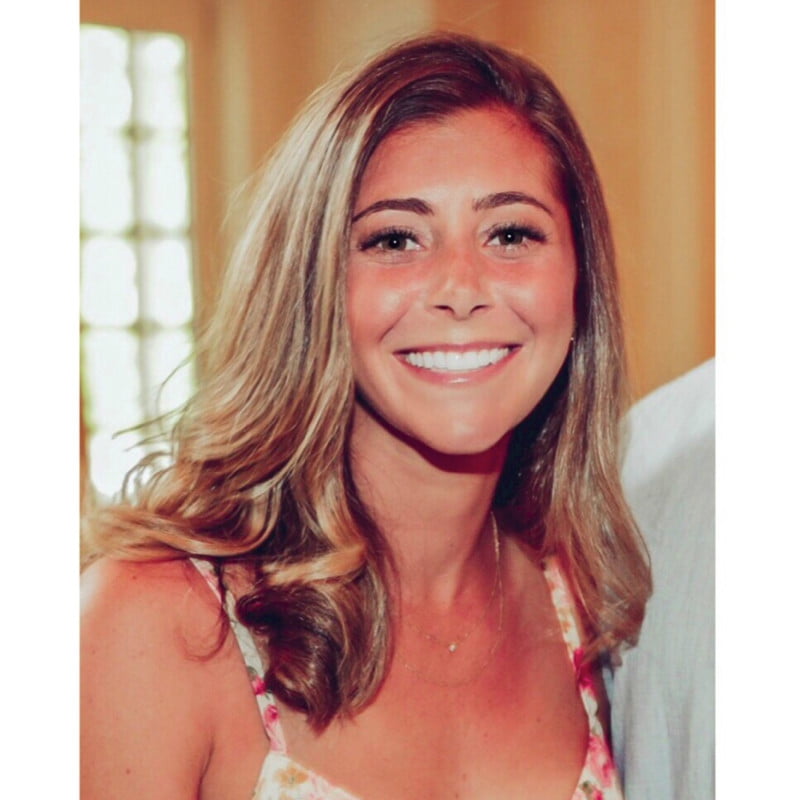 Ms. Bonafede born June 30, 1997, in Cleveland, Ohio is the only girl among three boys born to Joseph and Mary Bonadefe; her brothers are Ben, Andrew, and Sam. 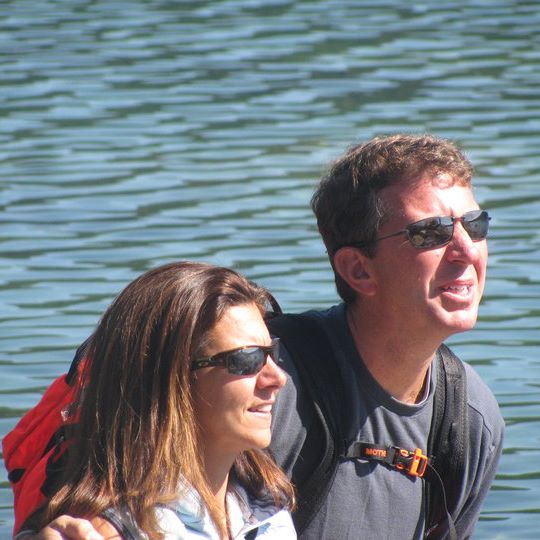 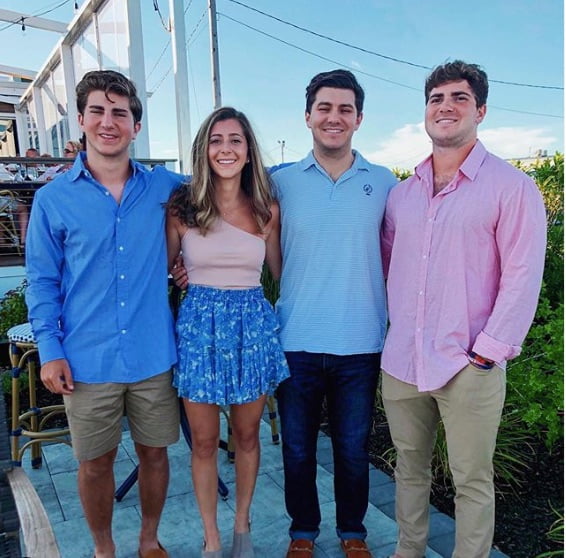 Her brother Sam played Lacrosse at Princeton, Andrew is a member of the Lacrosse team at Duke.

Ella later relocated to New York where she attended  St. Anthony’s High School; in 2019, she received her Bachelor of Science in Evolutionary Biology and a minor in Global Health from Duke. 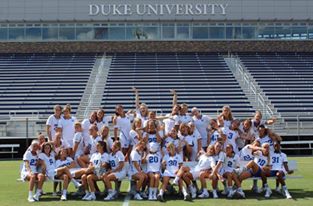 Ella was a Travel Lacrosse Coach at Long Island Top Gund between 2015 and 2017; a year later was a clerical worker at ENT & Allergy Associates. Ms. Bonafede worked as a Research Associate at Guidepoint in New York from May 2019 to September 2020.

She worked for four months (May-Aug 2021) as product development for the PAN Foundation and joined the New York University’s School of Global Public Health department in August 2021. 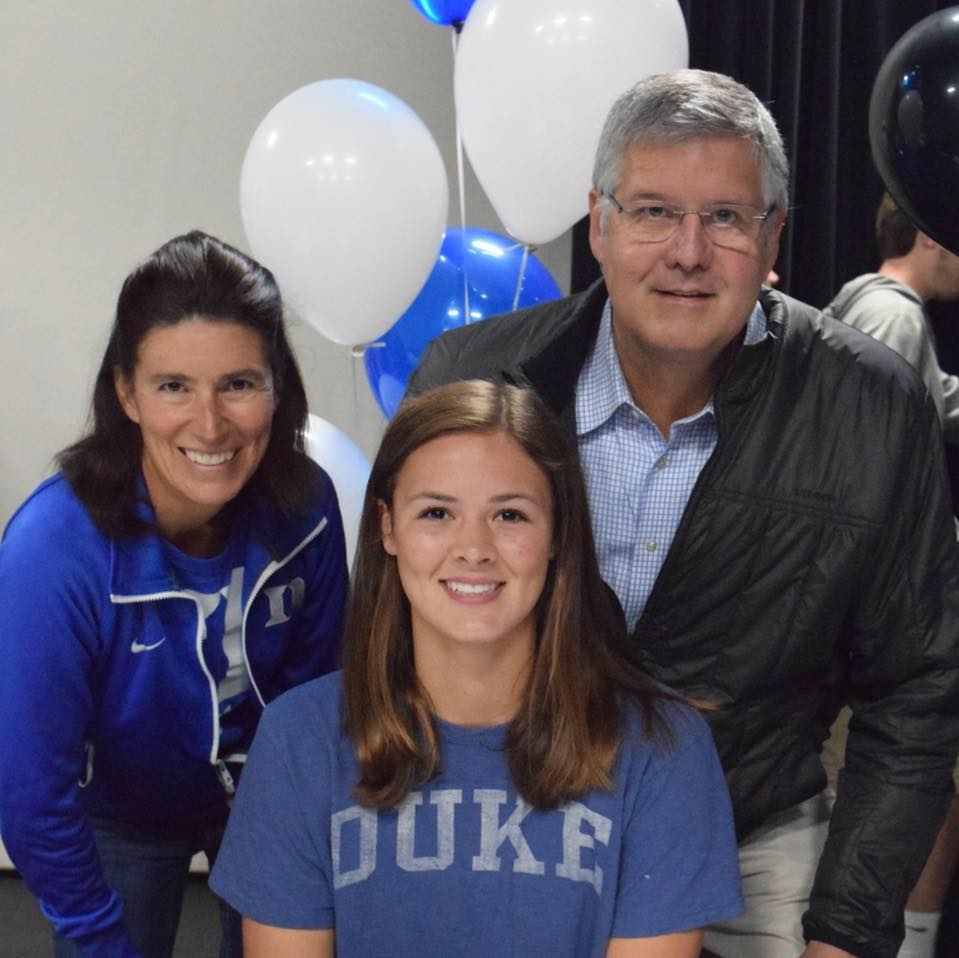 Daniel Jones was born Daniel Stephen Jones on May 27, 1997, in Charlotte, North Carolina to Steven and Becca Jones. Daniel has two sisters, Becca and Ruthie, and younger brother Bates Jones.

Daniel Jones’ dad Daniel Sr. was born on October 29, 1960. He is the son of Daniel Stephen Jones and Ruth James Atkins Jones both deceased. His dad was a bomber pilot with the u.S Army Ir School, that served in World War II; he had a B.S. in business and accounting from the University of North Carolina at Chapel Hill, he served as Sampson County Attorney, served on the Sampson Memorial Hospital Board, the Board of Harrells Christian Academy. He died at the age of 91, on October 12, 2016.

58-year-old Becca Jones was born Rebecca M. Bates on October 23rd, 1963. Becca Jones graduated from Davidson College in 1985. Becca spoke to the media about her excitement when he started with the Giants.

“We can’t wait. … We cannot wait to see him take the field,” Becca Jones told The Post from Charlotte, N.C. “We know he’s going be prepared, we know he’s going to be ready. And we’re just thrilled to see him become a part of this amazing opportunity with the Giants organization.

“So much has gone into this. … On one hand this has been the custom for Daniel, he takes the field, and it’s a step up from the year before. But obviously this is far above any other year — this is the top. We’re just thrilled that he’s getting the chance to have a career in football. It should be fun and we’re excited to be a part of it.” 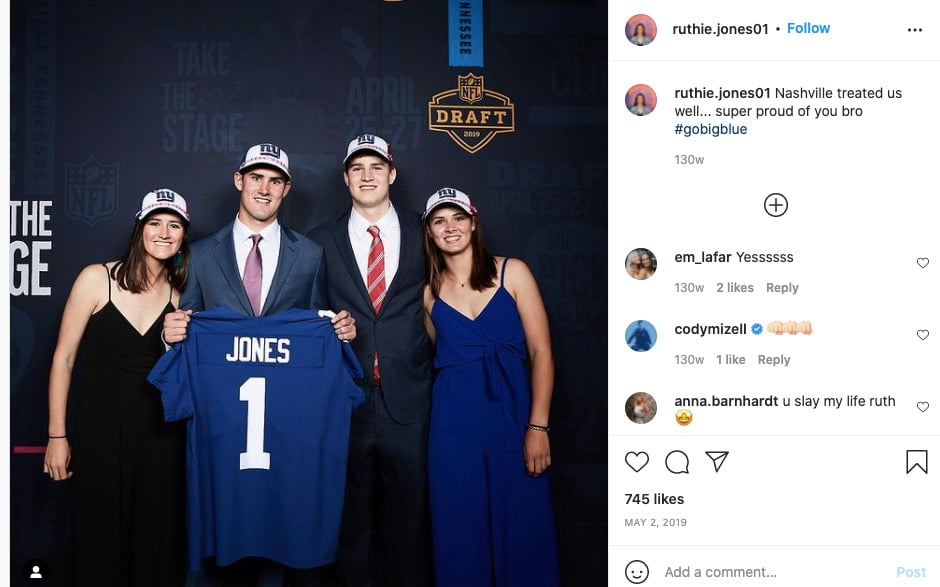 Daniel Jones’s 5’10 sister Becca Jones born Rebecca Allston Jones is a former forward and midfielder at Davidson College from where she graduated in 2017, with a Bachelor of Arts in History. Becca did internships at Joe Trippi & Associates in 2015 and at TIAAin 2016. She is an associate and Global Private Finance for Barings in New York. 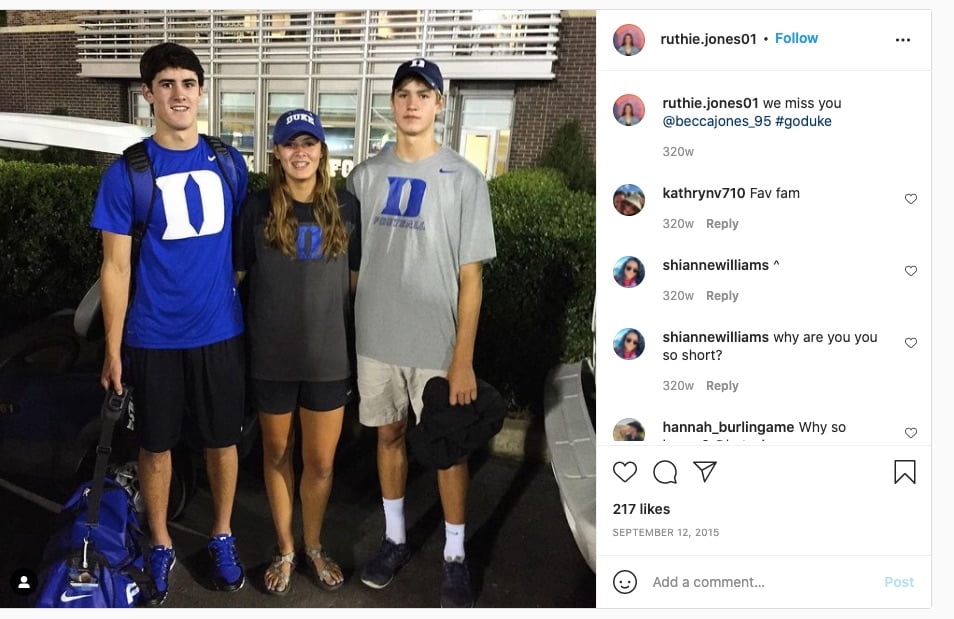 6’0 Ruthie Hendry Jones (b. Jan. 17, 2001) is a goalkeeper at Duke University, she was in the 2021 All-ACC Academic Team, 2021 ACC Honor Roll. Before that Ruthie like her older siblings attended Charlotte Latin School, where she earned Golden Glove honors.

6’8 Bates Jones was born James Atkins Bates Jones on March 14, 1999, in Charlotte. Bates is a forward player on the Duke Men’s basketball team. Bates averaged 15.7 points and 9.5 rebounds his senior year at Charlotte Latin  High School, he enrolled at Duke in 2017, he played 19 games that year and 25 games during the 2018-19 season.