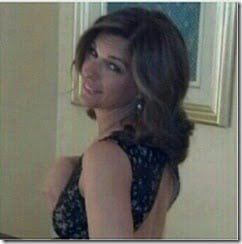 Rutgers Athletic Director Tim Pernetti is out, just two days after basketball coach, Mike Rice, was fired following a video that showed abusive behavior against the players. The decision was confirmed to The Associated Press on Friday, and a news conference is scheduled for 1 p.m. It’s still unclear whether Pernetti was fired or had resigned.

Pernetti fired Rice on Wednesday, but the scandal has now cost Pernetti his position, five months after he chose not to fire Rice when the video first became available in November. Reportedly, a former employee gave Pernetti the video. Rice was suspended for three games, fined him $75,000 and ordered to attend anger management classes. But the video was broadcasted Tuesday on ESPN and has caused scandal and criticism nationwide.

New Jersey native Pernetti is 42 years old. He is married to former Danielle Bahto, now known as Danielle Bahto Pernetti. She graduated from Rutgers, as well as her husband, and was a letter winner on the women’s lacrosse team. Danielle and Tim have three children: Max, Conor and Natalie.

Her father, George Bahto, is the author of The Evangelist of Golf: The Story of Charles Blair MacDonald. He operated Bahto & Sons Dry Cleaning Service and while doing so, studied the golf course architecture of Charles Blair Macdonald and Seth Raynor. Now he operates his own golf course design and restoration company from his home in Pine Brook, New Jersey, and has written articles for Golfweek magazine.

Danielle and Tim’s first date was in 1993, at Brower Commons.