Meet Dione Boldin; she is the beautiful wife of NFL player Anquan Boldin. Boldin the former 6’1″ wide receiver who played for the Baltimore Ravens, San Francisco 49ers, Detroit Lions, and the Buffalo Bills before he retired in August 2017. Prior to the NFL, Anquan played college football at Florida State

Anquan Boldin from Pahokee, Florida, he graduated from Pahokee, High school and then from Florida State University and Hinds Community College. Anquan was the 54th pick by the Arizona Cardinals during the second round of the 2003 NFL Draft.

Boldin was traded to the Baltimore Ravens for the Ravens third and fourth round picks in the 2010 NFL Draft on March 5th, 2010, and on March 13 of this year, he was traded to San Francisco for a sixth-round pick in the 2013 NFL Draft. 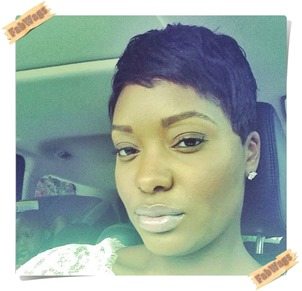 Dionne Boldin was born Dionne Marie Ewan on January 08, 1982; in Bella Glade, Florida. The daughter of a Jamaican mother and American father. She met her hubby when they were just a couple of fifth graders, but it was until high school that they began dating. Their first date was very

Their first date was very special, when he asked her to go to to the movies during their date, he made sure to ask her dad for permission first. They remained together all the way thru college at Florida State were both attended. 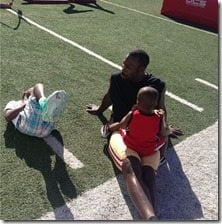 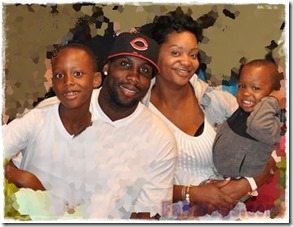 Anquan proposed to his beautiful Dionne in July 2009; when he left a beautiful diamond ring on her nightstand. They tied the knot in 2009 win Jamaica.

Dionne Boldin and her fab husband funded the Q81 Foundation created to bring optimism to deprived kids, she also serves at his Anquan Boldin Foundation is dedicated to expanding the educational and life opportunities of underprivileged children.

The Q81 Foundation, created by Dione and her hubby to bring optimism to deprived kids, she also serves at his Anquan Boldin Foundation is dedicated to expanding the educational and life opportunities of underprivileged children.