Meet Tiffany Render, who used to be in some kind of relationship with NBA player Dwight Howard. The 29-year-old Houston Rockets star and Tiffany are definitely less than friendly now a days, but they do share a child together.

Dwight was reminded of the fact recently, when he got slapped with a lawsuit by Tiffany! According to reports, the baby mama –who is the mother of a five-year-old-girl served the player with paternity lawsuit on May 12th in Florida Court.

According to Playerwives, she also goes by Whitney or Helena render. Tiffany allegedly became a mom in October 2010 when she gave birth to Howard’s child. 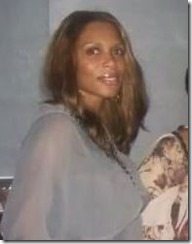 According to a blog, Tiffany’s and Howard’s daughter is name Layla. Render has never filed any legal papers against Dwight and never spoken out publicly about having a kid with the NBA star, until now.

Layla’s daddy has been pointed out as the alleged father of at least 7-other children with different women.

So far, Tiffany and her child look like the victims, but TMZ reports say, Tiffany and Howard had a private agreement done in 2013, the agreement allegedly said he was to give her $10K a month but since January he’s only paid her half.

Tiffany has reconsidered and is now asking for more money.