Meet pretty Jasmine LeJeune; she is the longtime girlfriend of NFL player Elijah Mitchell, the 5’10 running. back for the San Francisco 49ers, who previously played college football for the Louisiana Ragin’ Cajuns at the University of Louisiana at Lafayette. 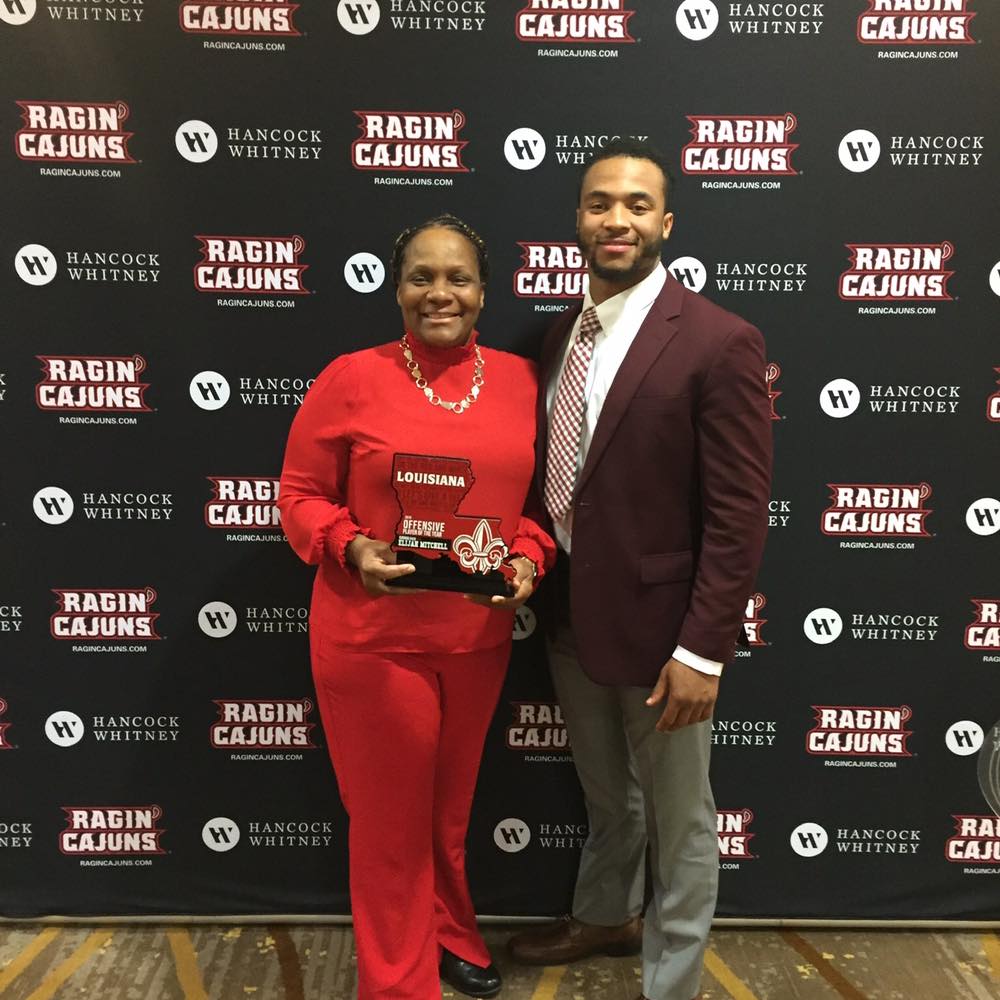 Elijah Mitchell was born on May 2, 1998, in Erath, Louisiana; he is one of five children born to Penny and Milton Mitchell. His mom, Penny born Penny Augustus on January 18, 1966, graduated from Patterson High School, Hicks High School, and Louisiana Tech College; she is a cosmetologist at Sportsclips.

Mr. Milton Mitchell, born on August 29, 1954, worked as a welder by commerce; he helped Elijah with his training by having a steel sled made so he could drag it across 50 yards of grass.

Elijah Mitchell graduated from Erath High School before enrolling at the University of Louisiana at Lafayette.

In his freshman year, Elijah rushed for 257 yards and four touchdowns on 42 carries in five games. His sophomore year, he rushed for 985 yards and  13 touchdowns and caught 20 passes for 349 yards and three touchdowns in 13 games; he was also named into the Second Team All-Sun Belt Conference in 2018.

In his junior year, he rushed for 1,147 yards and 16 touchdowns in 14 games; he was named into the First Team All-Louisians and Second Team All-Sun Belt Conference.

Mitchell rushed for 878 yards and eight touchdowns in ten games, his senior year where he was also named into the 2020 Second Team All-Sun Belt Conference.

Elijah Mitchell suffered a concussion in Week 13 versus the Seattle Seahawks, he is also dealing with a knee that an MRI came out clean but showed irritation. 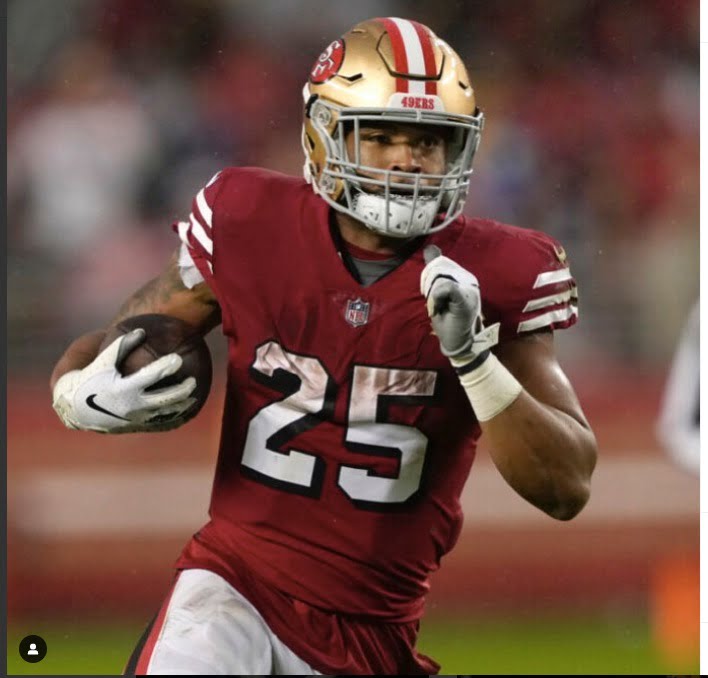 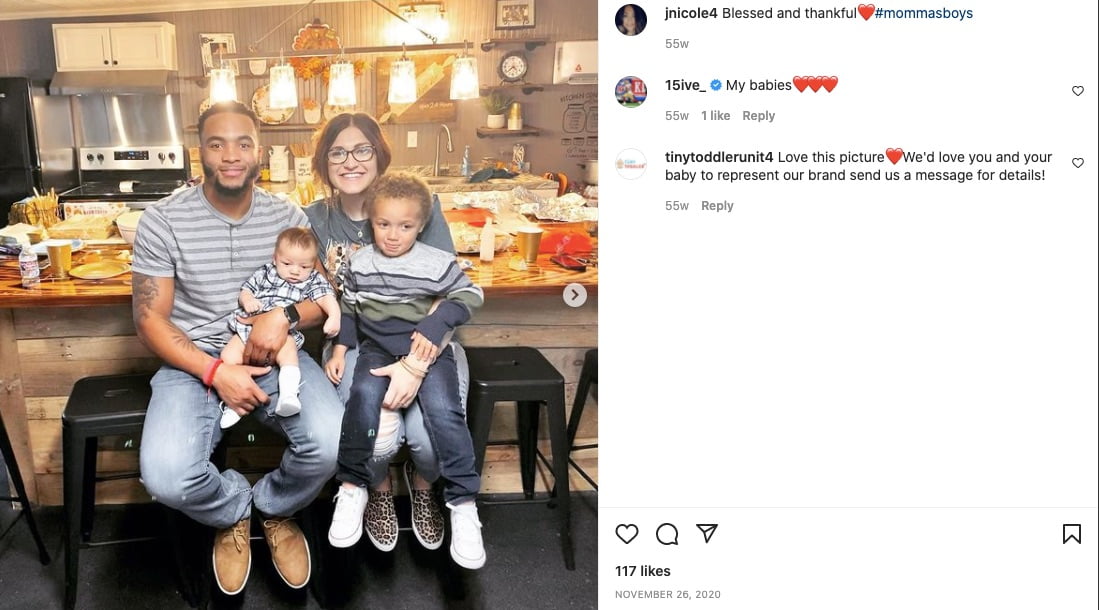 Elijah Mitchell’s girlfriend Jasmine LeJeune is also his fiance and the momma of his two adorable sons, Emmerson and Elliott. Jasmine and Elijah got engaged on July 5, 2021. 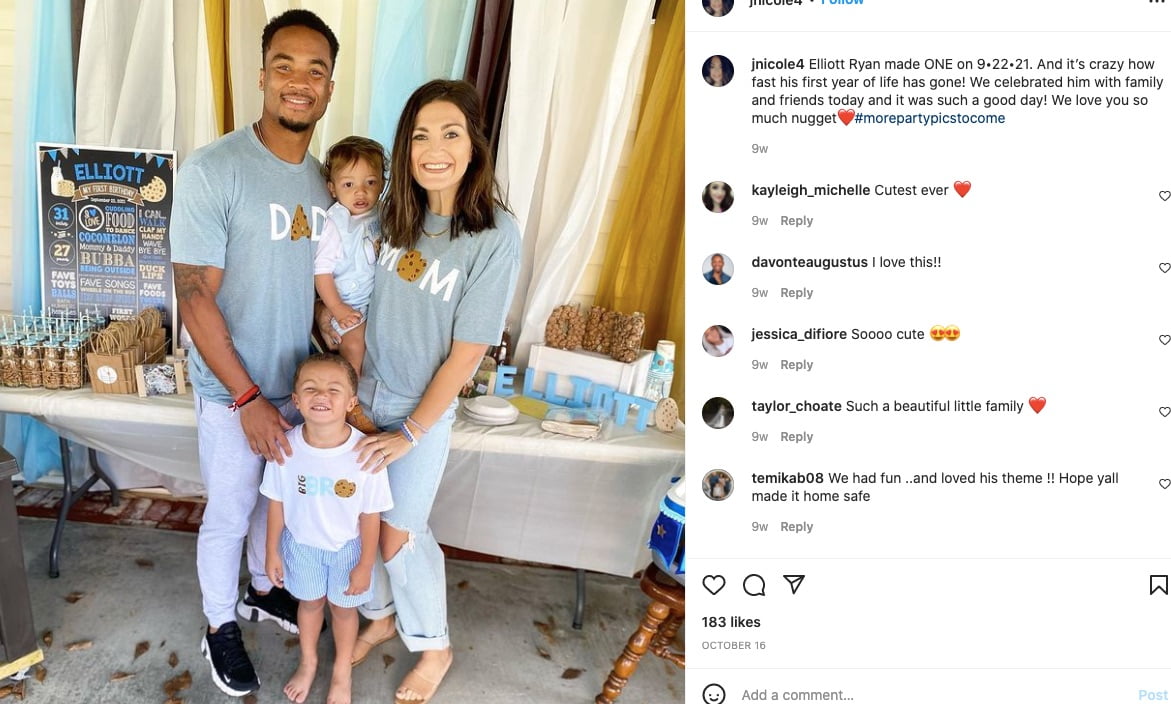 Jasmine Nicole LeJeune from Erath, Louisiana is one of the children born to Denny and Amanda LeJeune (nee. Buteau). Jasmine studied nursing at the University of Louisiana at Lafayette. 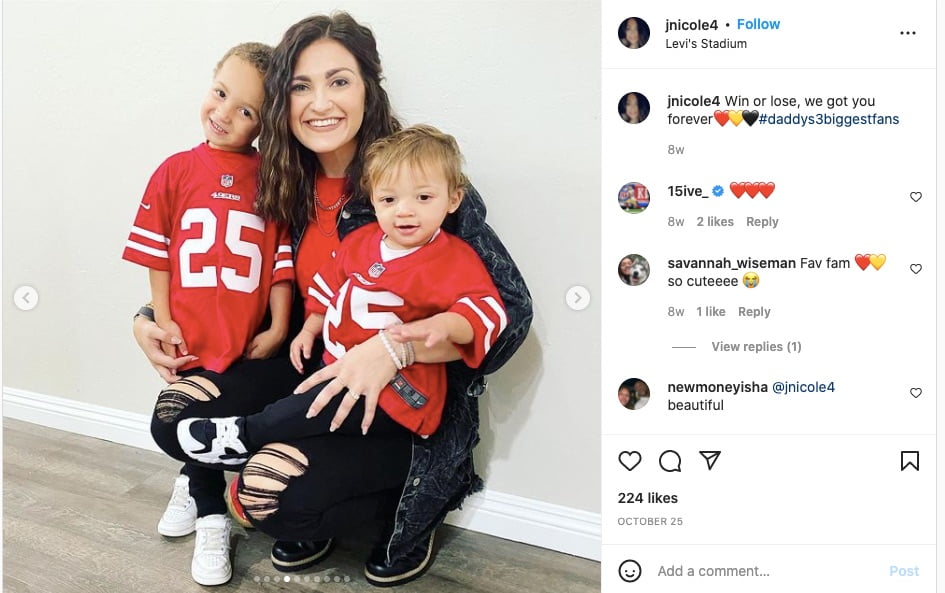 Jasmine and Elijah welcomed their first son Emerson Reid Mitchell on February 23, 2018, and to their second son, Elliott Ryan Mitchell on September 24, 2020.