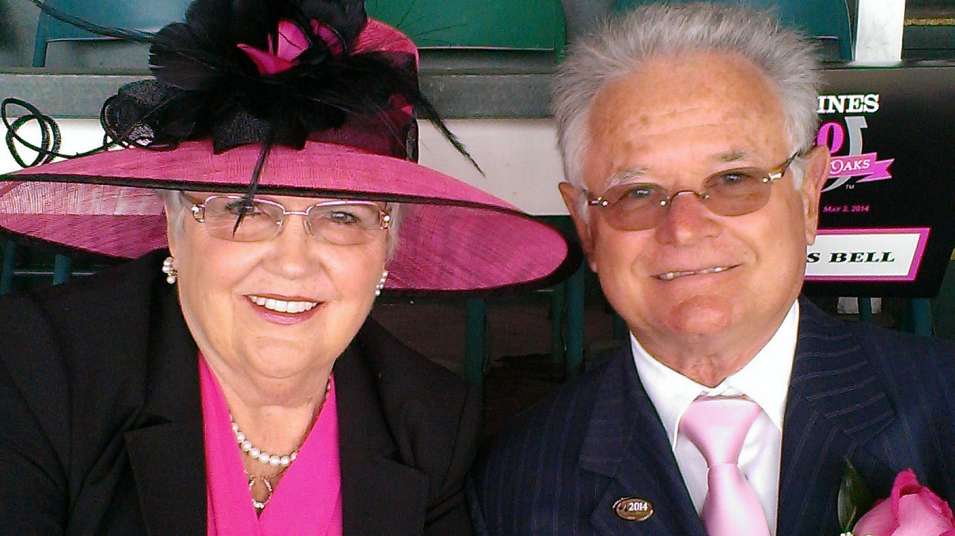 Faye Sherman is not the wife of any of the two men who owned Kentucky derby and Preakness Stakes winner California Chrome, but she is the wife of Art Sherman the legendary  horse trainer who is responsible for the impressive performance of the three-year-old Thoroughbred racehorse.

Art Sherman was the top choice of California Chrome’s owners Steve Coburn and Perry Martin, Because..

“he’s old school. He’s a regular guy … He can spend quality time with every horse.”

And it was the best decision Perry and Coburn made, in 2013 California Chrome won the King Glorious Stakes, and the Graduation Stakes, this year she began by winning the California Cup derby, then the san Felipe  Steaks,  Santa Anita Derby, and two of the Triple Crown Classis the Kentucky Derby and Preakness, they are one away from becoming a Triple Crown winners if they win the Belmont Stakes.

Art’s wife Faye Sherman, 74, was born Faye Glenda Sherman. She met her husband in 1950 in Chicago thru a mutual friend, the rest is history Faye and Art Sherman have been happily married for 53 years. She was not interested in horse or horse racers whatsoever when she met Art, but it was a matter of time until the horse fever hit her. She worked for 30 years at the betting window and the Gift Shop at Bay Meadows Racetrack in San Mateo.

They are the proud parents of two handsome and amazing sons, Alan and Steve both horse trainers. actually it was Steve who worked with  California Chrome’ owners who send his father to Perry and Coburn..

“I trained for (California Chrome co-owner) Perry Martin and they had this horse, they said, that they wanted to race in Southern California,” Steve Sherman said. “They asked if I knew any trainers down there, so I said, ‘Yeah, how about my dad?’”

Faye ad her family were at Churchill Downs to cheer for both Art and California chrome who has become a part of Faye’s family.

“You always hold out hope (for a Derby win); I think every trainer does,” Faye said. “But as Art got older, he probably thought he was too old and that time would run out before he got one. But you’ve always got that hope, that dream.”

“I was just praying that the horse would stay out of trouble, and of course when they got to the turn and Victor moved him, I just had the feeling that, we were going to win. It was one of the most thrilling moments of my life, and (after he won), I turned to Art and screamed, ‘We won the Derby!’ and I cried.”

“I still cry,” she said, pausing to collect herself. “It’s just a special thing for Alan and Art and Steve. Alan, when he wins, like at the Derby or Santa Anita or San Felipe, he’ll grab his dad and hug him and kiss him, and that’s emotional for me.”