Gail Pereira is the lovely and beautiful wife of Mike Pereira, Vice President of officiating for the NFL and longtime sports analyst for Fox Sports.

Gail’s husband is one of the most respected men in the NFL; Mr. Pereira was born Peter Michael Pereira on April 13, 1950 in Stockton, California.He is one of two children born to Lydia and Al Pereira, also parents to Mike’s older sister Linda.

It was thru Linda that he met his wife Gail while he was in college. Gail Pereira formerly known as Gail M. Jones (b. Aug. 1947) was a student at Cal-Davis; like Mike she was married to another man when she saw Mike again while on a vacation trip to Portugal with Linda Pereira in 1988. Mike first married Carin Olivet in June, 1973.

The attraction was mutual, but nothing happened then, but until couple of years later, when they saw each other again. Luckily this time neither of them was longer married.

The story: Mucho Macho Man galloped 1 1/2 miles and then schooled in the paddock, all product of the … END_OF_DOCUMENT_TOKEN_TO_BE_REPLACED 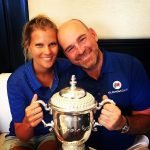 Grace Barber This stunning young gal is Grace Barber; she is the current girlfriend of … END_OF_DOCUMENT_TOKEN_TO_BE_REPLACED 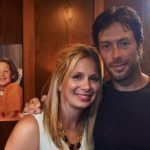