Heidi Strobel aka Heidi Hamels; she is a former Survivor contestant and an MLB wife! The blonde happens to be the wife of Texas Rangers pitcher, Cole Hamels.

Heidi Strobel was born on October 29, 1978. She holds a Bachelor of Arts degree in exercise physiology, secondary education and physical education from Drury University in Springfield, Mo.

She gained national fame in 2002, when she left her middle school teaching job to take part in the cast of the sixth season of the reality show Survivor: The Amazon.

During her stint on the reality TV show, she is best known for standing on a wooden perch in the middle of a blackwater river in the Amazon, hungry and exhausted in the way that makes you do strange things; preparing to take her clothes off for Oreo cookies. She also became the first person to receive the Individual Immunity necklace from another player. She finished in fifth place.

Subsequently, after the show the gorgeous blonde returned to school and got her master’s in Education with a specialty degree in International Education from West Chester University in Pennsylvania. 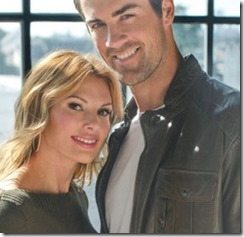 Heidi Strobel became a married woman, on December 31, 2006. She is five-years his senior. They spent their honeymoon traveling Africa.

The couple who’s been married for nearly 10-years are the parents of three children; Caleb Michael, born on October 9, 2009; Braxton, born on November 2, 2011, and their adopted daughter Reeve.

Furthermore, Heidi Strobel along with her man, created an organization in 2008, known as The Hamels Foundation; which funds childhood programs in Philadelphia and Africa. Thanks to their Foundation, they recently opened a school in Malawi.