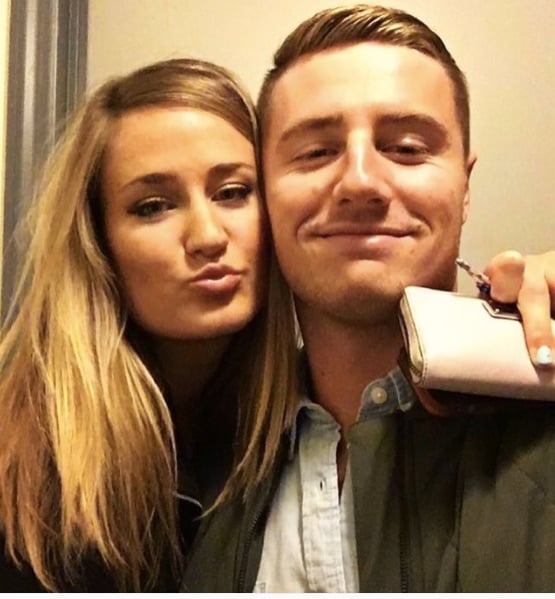 Meet pretty Jackie McCarty; she is the girlfriend of NFL player Connor Cook. He is a quarterback for the Oakland Raiders; prior to the NFL, Connor played at Walsh Jesuit High School in Cuyahoga Falls, Ohio and college football with the Michigan State Spartans at Michigan State.

Ever since he was selected by the Raiders in the 2016 NFL Draft, fans began to wonder whether or not Connor has a girlfriend, surely at the time he was single and the girl who got everyone’s attention was his utter hot sister Jackie Cook. Oh yeah we all love her!

But in the recent months, we found that Connor is no longer single, his girlfriend is this lovely gal. You can see several photos of her on Connor’s Instagram as well as on his sis Jackie.

It seems that these two go way back to high school, we found photos of them together from 2012 and  like Cook, Ms. McCarty went to Walsh Jesuit.

Jackie McCarty from Cleveland, Ohio attended Walsh Jesuit High School and Duquesne University. Jackie is one of the children born to Maureen and Richard McCarty.