Cristen Métoyer is no stranger to some of you, she is the sister of Aja Metoyer and in Dwayne Wade’s former flame and baby mama. She is also one of the stars of VH1’s Basketball Wives. Check her out!

First thing, first, Cristen Metoyer, 32, has been dating former NBA player Joe Crawford for the past eight years; together they have a beautiful six-year-old daughter. Crawford, played with the New York Knicks in 2009. He was originally selected by the Los Angeles Lakers in the 2nd round of the 2008 NBA Draft.

Prior to the NBA, Joe played college basketball with the Kentucky Wildcats.

On the latest season of Basketball Wives, Cristen claimed she suffered a miscarriage, but her half-sister Aja said, there was no miscarriage whatsoever, but an abortion. (See it in the Video below). 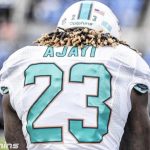 Jay Ajayi Jay Ajayi is indeed the ground force behind the Miami Dolphins; prior to the NFL, the … END_OF_DOCUMENT_TOKEN_TO_BE_REPLACED 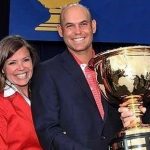 Julie Haas Meet the lovely Julie Haas; She is the pretty wife of pro golfer Bill Haas, the North … END_OF_DOCUMENT_TOKEN_TO_BE_REPLACED 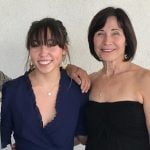