Meet Habiba Abdul-Jabbar; she is the ex-wife of former NBA player Kareem Abdul-Jabbar. He played for the Milwaukee Bucks from 1969 to 1975 and the Los Angeles Lakers from 1975 until his retirement in 1989.

After his retirement, Kareem turned to coach, he first was assistant coach to the Clippers in 2000; head coach for the Oklahoma Storm in 2002; and subsequently assistant to his former team, the Lakers from 2005 to 2011.

They have a great relationship until according to Grier he converted to Islam and she started studying Islam.

Pam said he initially told she didn’t have to convert, but he later changed his mind.

“I can only marry a woman of the same religion.”

But Pam didn’t like what she was learning, and especially the attitude towards women When she had some questions she asked Kareem, but his answer wasn’t a relief.

“why women had to walk behind men,” she asked, “that’s what Allah wants.” he responded.

Then his friends converted to Islam, and they changed their attitude towards her, they avoid touching her, she wasn’t allowed to speak unless spoken to or enter the room they used to watch television together unless they call her.

On her 21st birthday, Kareem gave her an ultimatum.

“If you don’t commit to me today, I’m getting married at 2 this afternoon. She’s a converted Muslim, and she’s been prepared for me,” he said, adding, “once you become Muslim, you might appreciate another wife.”

Habiba Abdul-Jabbar was born Janice Brown, she is the momma of his children Habiba born in 1972, Sultana born in 1979 and son Kareem Jr. born in 1976. 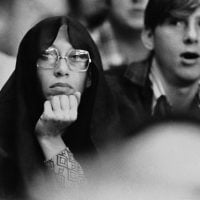 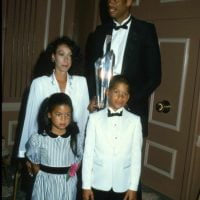 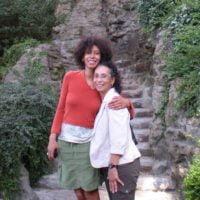 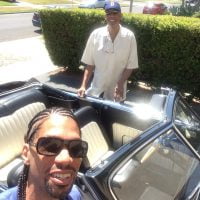 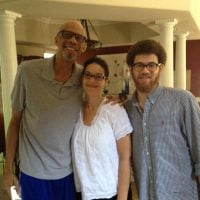