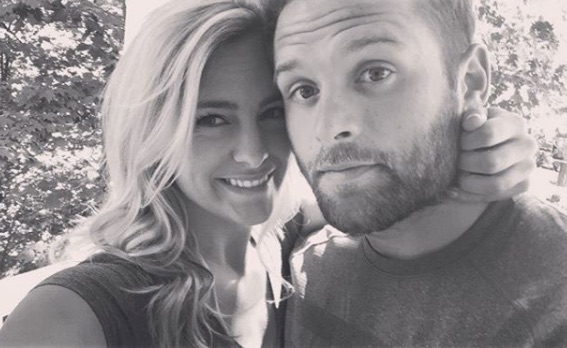 Meet Kelsey Burton; she is the beautiful girlfriend of Michigan-born ice hockey player Bryan Rust. Her 5’11” beau is a winger for the Pittsburg Penguins. Rust is the younger bro of former AHL player Matt Rust.

Prior to the NHL, he played college hockey at the University of Notre Dame. The Penguins selected him in the third round (80th overall) in the 2010 NHL Draft.

Rust didn’t play with the Penguins right away, instead, he made his AHL with the Wilkes- Barre/ Scranton Penguins during the 2013-2014 season. Eventually joined the Penguins on December 13, 2014. He scored his first goal against the Tampa Bay Lighting on December 15, 2014.

In addition to playing for the Penguins, Bryan represented the US  at the  2010 IIHF World U18 Championships in Belarus.

Kelsey Brianne Burton was born in Sault Saint Marie in Ontario. She graduated in 2015 with a Honours Bachelor with Specialization in Communications and Media from the University of Ottawa.

Her working experience, include working as a sales associate for Roots Canada between 2009 and 2013; previously worked as a player Services associate for OLG, and subsequently was a Multimedia journalist for The Sault Star in Ontario. 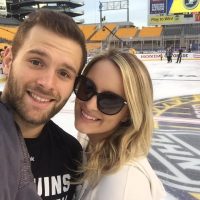 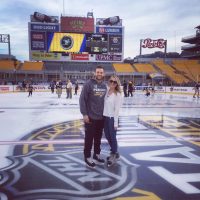 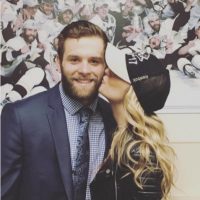 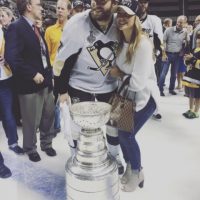 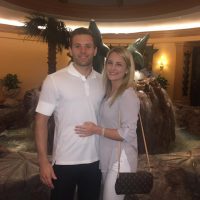 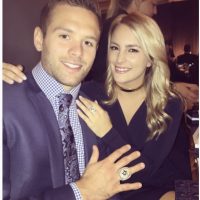 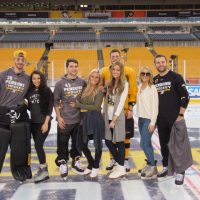