Prior to signing with the Lakers on July 13, 2017, Caldwell-Pope played for the Detroit Pistons, the team that initially drafted him with the 8th overall pick in the first round during the 2013 NBA Draft.

He also played college basketball with the Bulldogs at the University of Georgia and at his hometown of Greenville, GA where he attended Greenville High School. 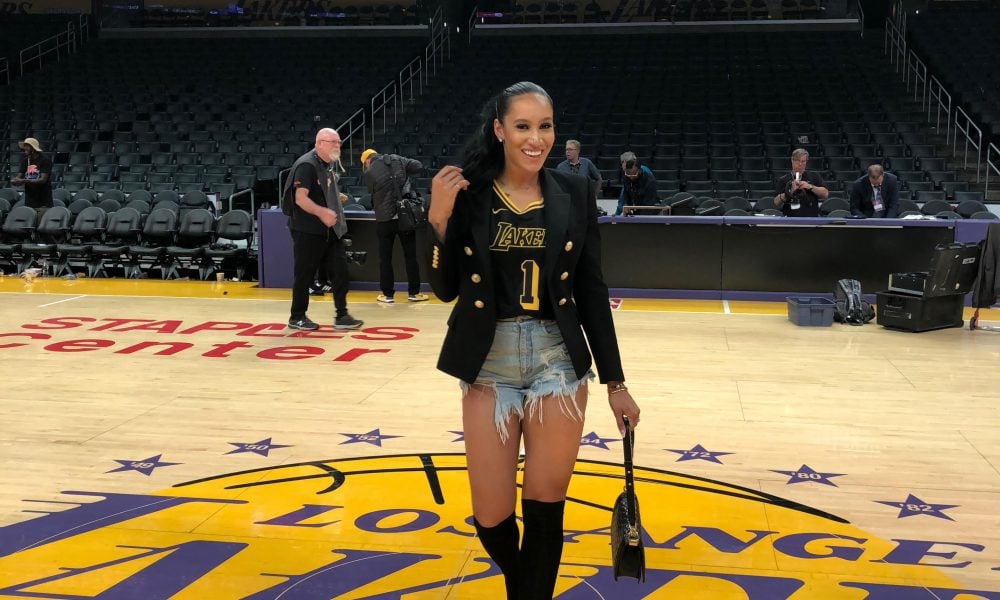 Dallas, Texas native McKenzie Caldwell-Pope was born McKenzie Raquel Redmon; she graduated in May 2013, from Louisiana Tech with a degree in Business Marketing; she also studied abroad in Paris for some time.

McKenzie has been into fashion ever since she was a little girl; so getting jobs related to fashion was a no-brainier.

I have always loved fashion. I was the freshman in high school trotting through campus in heels! HA! Buy one get one for $10 at Charolette Russe was my jam! But I always had a passion for making my outfits look luxury even on a budget

One of her first jobs was as a sales rep at Forever 21; subsequently, job a job as a visual merchandiser at Victoria’s Secret. After college, she worked for a local designer, KimiKouture.

It was while working there that she met Kentavious.

I met my husband (Kentavious Caldwell-Pope) in Dallas, Texas three years ago. He plays for the Detroit Pistons and they were in town to play the Dallas Mavericks.

At the time, I was working for a local designer and we were hosting an event at a lounge in the city.

Kentavious and his teammates had an extra night in town and happened to show up at our event (fate!).

As the night went on my friend noticed him staring at me, but he was too shy to speak. He ended up asking my friend to introduce us and….. the rest is history!

Dating wasn’t easy, not only because it would be a long-distance relationship, but because McKenzie had to be sure if he was the right man to bring into her son’s life. Kenzo, was just one when Kentavious came into their lives.

I have always been extremely protective over my son, Kenzo, and hadn’t dated anyone else since he was born.

I didn’t allow Kenzo and Kentavious to meet until about 6 months into our relationship, but from day one they have had an unbreakable bond.

The way he loved my son, made me love him even more. Even three years later, to see them together still makes my heart melt. At that point, I knew he was the one.

In addition to Kenzo, Kentavious and McKenzie are the proud parents to two more gorgeous and amazing children; 3-year-old Kentavious Jr. and 1-year-old Kendrix. 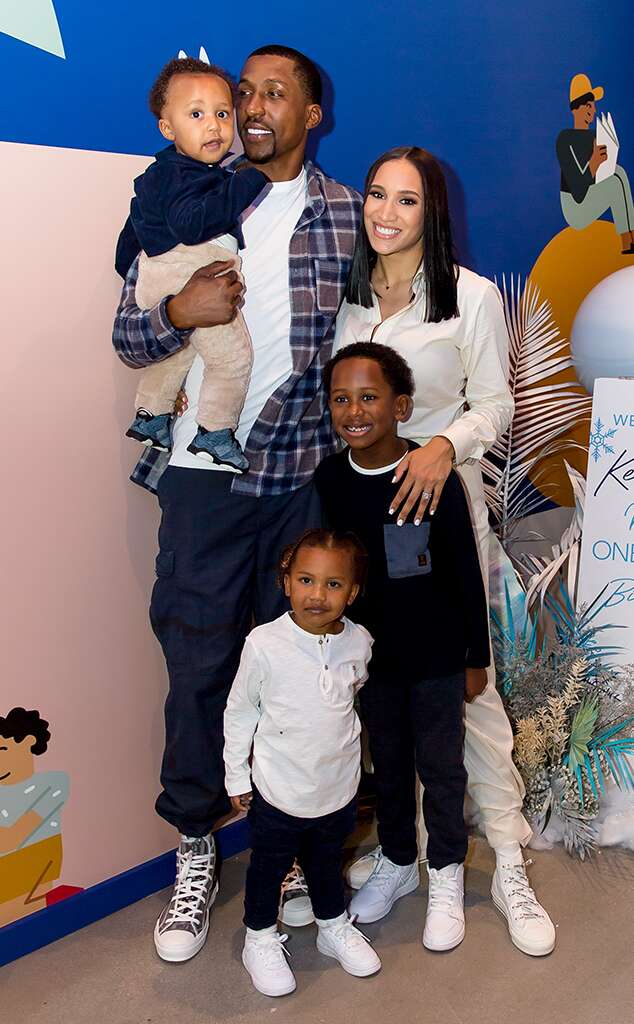 They dated for a while and flew back and forth, but then Kentavious did what his heart told him to; the date was October 8, 2015.

“One day I was getting into a car to fly back to Dallas when Kentavious stopped me, put a ring on my finger, and said he couldn’t let me leave again without the promise that my home would be with him from then on,”

McKenzie and Kentavious tied the knot on June 11, 2016, at the St. Regis in Atlanta.

Mrs. Caldwell-Pope is first and foremost a wife to Kentavious and mom to their three kiddos, but when she finds the time, she would go to YouTube and upload the most interesting videos. Check out her channel McKenzie in the Mirror here.