Motorcycle racer Valentino Rossi is dating his beautiful girlfriend Linda Morselli, a stunning, sweet and very clever brunette you have probably noticed by his side. Would you like to meet her?

Indeed Rossi is a very lucky guy, even luckier to be dating a girl like Linda Morselli.

5’9” Linda Morselli a statuesque  Italian fashion model, who was crowned Miss Elegance at the Miss Italy beauty pageant in 2006 where Linda represented Lombardia, has been dating Rossi since 2012.

25-year-old Linda was born on November 15, 1988 in Giussano, a town in the province of Brianza, she has been modeling since she was 18. She met Rossi at San Marino Grand Prix in 2008, where she was a Grid girl and held  the umbrella for Valentino. 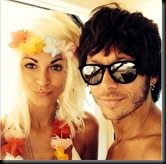 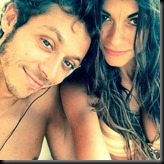 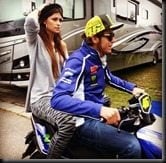 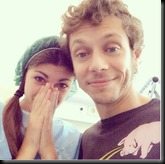 Rumors about their relationship spark after they posed for Septimis Benedusi for a photo shoot on SportWeek.