This is Jon Leach;  a former tennis player and the loving husband of Lindsay Davenport, the eight-time World No. 1, 2014 Tennis Hall of Fame inductee and current coach for tennis player Madison Keys. 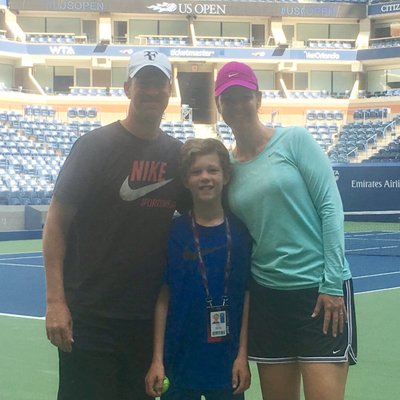 Jon Leach, the brother of former coach Rick Leach, was born on April 18, 1973; to Leach, the former USC tennis coach.

Jon played tennis at USC, made his Grand Slam debut in 1991 at the US Open, his partner David Witt. He played with Brian Macphie at the 1992 Indian Wells and with Brett Hansen-Dent at the 1994 US Open. He played his first and only single patch at the 1994 Indian Wells.

Jon is nowadays an investment banker for Mongan Stanley; they lived between their homes in Irvine and Laguna Beach, Cali