Meet Mariam Hernandez; this lovely lady is a Spanish actress and the girlfriend of NBA player Ricky Rubio. Her stud is the Spanish point guard player with the Minnesota Timberwolves. In addition to playing in the NBA, Rubio is on the squad of Spain National Team.

He played with FC Barcelona, prior to his NBA Draft selection.

It is believed Mariam and Rubio started dating in the summer of 2016. This beautiful Española was born on April 25, 1983, in Fuerteventura, Las Palmas, Spain.

She moved to Madrid at the age of 19 to pursue acting; her acting debut was in the t.v series Cuestion de Sexo (It’s a Matter of ). Over the years, Mariam has been in over six films, more than a dozen of short movies and close to 20 television series. 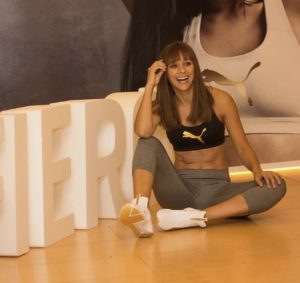