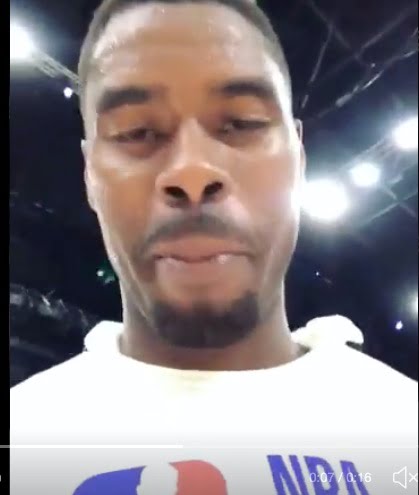 Who is Marvin Williams’ Girlfriend?

Sheena Gordon an outstanding athlete at UNC is the longtime girlfriend of NBA player Marvin Williams. Her boyfriend is a small forward with the Milwaukee Bucks; prior to joining the Bucks in February 2020, Marvin played for the charlotte Hornets, Utah Jazz, and the Atlanta Hawks.

Marvin the son of Andrea and Marvin Williams Sr. got his name after Marvin Gaye (actually his grandma named his father after the singer); he was born in Bremerton, Washington on June 19, 1986.

He played high school basketball at Bremerton High School and with the Tar Heels at the University of North Carolina, where he averaged 11.3 points, 6.6 rebounds and 1.1 steals in 22.2 minutes per game.

The Atlanta Hawks selected him in the first round (2nd overall) in the 2005 NBA Draft; on July 11, 2012, Atlanta traded him in exchange for Devin Harris to the Utah Jazz.

Luckily, the Milwaukee Bucks added him to their roster on February 10, 2020.

Marvin and Sheena met at UNC, where this gorgeous young lady was a member of the track & field/ Jump teams.

She was born on September 26, 1983, in Erie, Pennsylvania. Ms. Gordon is the daughter of John Gordon and his wife Mrs. Beverly Gordon.

It seems that Sheena has two sisters; Chelsea and Tiffany, ages  32, and 42, respectively.

5’11” Sheena attended McDowell High School and UCLA, before transferring to the University of North Carolina, where she studied exercise and sports science; she graduated in 2012,  from the  Georgia State College of Law.

While in addition to track and Field, Sheena was a  middle hitter for the girls’ volleyball team.

She was a member of the Olympic High Jump team winning the bronze at the 2002 Junior Olympics and second place at the 2012 Olympic trials.

According to the photographer at Fancy This Photography, Marvin’s close pal Deon asked them to capture the moment when Marvin got on one knee and asked Sheene to spend the rest of her life by his side.

You can see those beautiful photos here.

We couldn’t find when and where Marvin and Sheena tied the knot, if they ever did, he talks about his girlfriend on this 2018 article.

That is a head-scratcher, indeed but we found out how difficult it was leaving their daughter Ari (born in May 2015) at home when he has to play.

“It’s very difficult to leave [Ari] now because she understands I have to leave, but she’s not sure when I’m going to come back or how long I’m going to be gone,” added Williams. “That becomes very difficult, but thank goodness for FaceTime. I don’t know how parents did it in this profession 10 years, 20 years ago when you couldn’t see your kid every day. Skype and FaceTime do change the game a little bit, but it is difficult to have to leave her.”