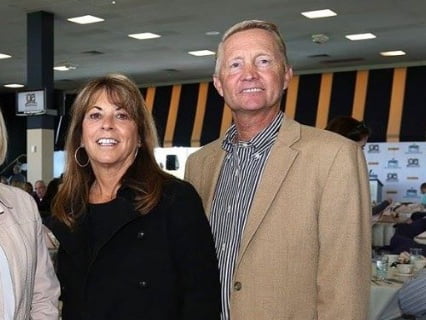 Meet Natalie Servis; she is the lovely wife of Thoroughbred racehorses trainer Jason Servis. Her husband who gained fame after at the 2019 Kentucky Derby, when his horse Maximum Security won the race, before being disqualified for blocking horses.

Firstly, you need to know that Mrs. Servis was born Natalie Ann on December 9, 1955;  Jason & Natalie tied the knot over four decades ago.

Together they have one son Garrett Servis, a real estate agent with Douglas Elliman in North Palm Beach, Florida.

Garrett was born in  Long Branch, in Monmouth County, New Jersey; he graduated with a bachelor’s degree in marketing and business from Brookdale Community College. While in college, Garrett learned about exercising racehorses as well as Thoroughbred trade at Monmouth Park.

Natalie Servis and her husband live in Eatontown, New Jersey.

On March 9, 2020, Servis along with Jorge Navarro and two dozen officials became involved in what authorities described as a widespread international scheme to drug horses.

Jason is not only being charged with giving Maximum Security the three-year-old colt owned by Gary and Mary West a performance-enhancing drug called SGF-1000, but also conspired with a vet to make it look like a false positive for another substance and recommending the drug to other trainers.

The indictment reads that Jason Servis gave performance-enhancing drugs to virtually every racehorse under his care; adding that “the charges in this indictment result from a widespread; corrupt scheme by racehorse trainers, veterinarians, PED (performance-enhancing drug) distributors; and others to manufacture, distribute and receive adulterated and misbranded PEDs and to secretly administer those PEDs to racehorses under scheme participants’ control.”

Furthermore, between 2018 and February 2020, Jason Servis entered racehorses in 1.082 races. Maximum Security, who cross the finish line first at the Kentucky Derby; also won the 2019 Florida Derby, Haskell Invitational, Bold Ruler Handicap, Cigar Mile and the richest of all the 2020 Saudi Cup; taking with him the $10 million prize.

“Yesterday, Jason Servis, a trainer we have used for 5 years, was indicted on multiple charges regarding using an illegal substance in horses. This news is extremely disturbing and disappointing;”

“Therefore we will be moving all our horses from Jason Servis as soon as arrangements can be made with other trainers; Maximum Security will be sent to Bob Baffert.” 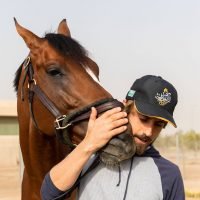 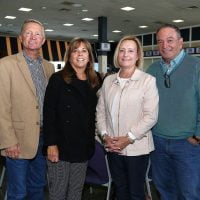