Meet the incredible Angela Mooney; first and foremost, this beautiful lady is the lovely and proud mother of college basketball player Matt Mooney, the talented 6’3″ guard for the Texas Tech Raiders at Texas Tech University who is having the time of his life!!

“My Identity is in Jesus Christ,” Matt wrote on Twitter. His faith, identity, and purpose he has in life are all thanks to his family, who planted that seed from day one.

Every accomplishment, every triumph, Matt gives the glory to his heavenly father!

Firstly, let us tell you that 54-year-old Angela Mooney was born Angela Levy on February 16, 1965, in Illinois. She studied Regina Dominican High school in Wilmette, Illinois, from where she graduated in 1983.

Furthermore, Angela Mooney is the Director of Communications at West 40 ISC #2 in Hillside, Illinois; before that, from 2007 to 2014, Angela was the educational programming coordinator at Brainetics. 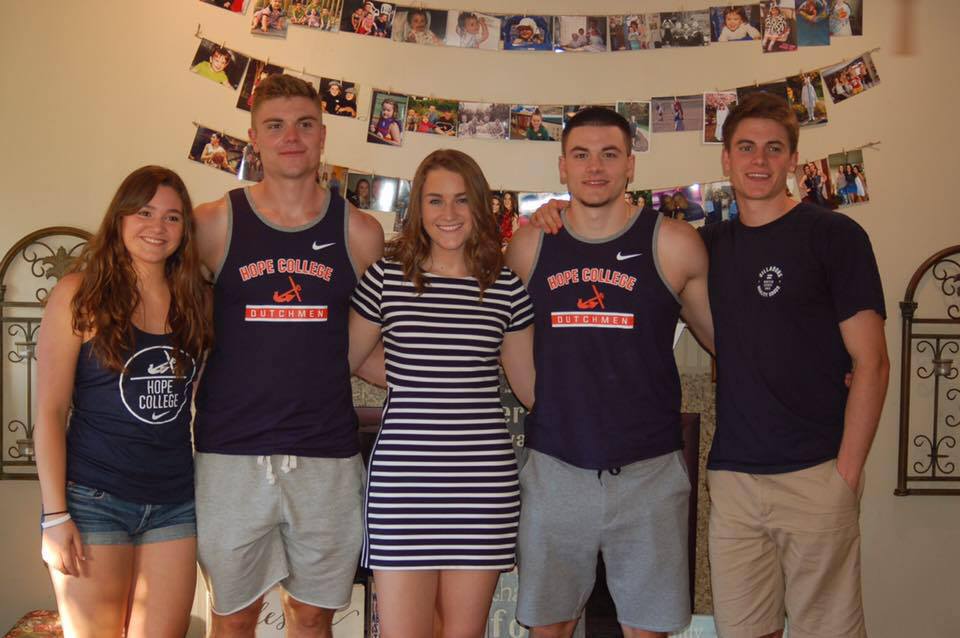 In addition to Matt, Angela and her beloved husband Michael Mooney have three more children; Daniel a baseball player at the University of Miami; Joe, who plays basketball at UC Davis; daughters Mary Kate who attends Hope College and Rachel who studied at Carmel Catholic High School.

But momma Angela, dad and siblings aren’t Matt only fans, in addition to thousands of fans around the nation, his grandpa is by far his #1 fan!

(Check Matt’s grandpa on the video below.)

“He made me famous,” Grandpa said. “He makes me famous. I just say, ‘I’m Matt’s grandpa!’ and everybody loves me.”

“My grandpa, he sat at every one of my practices in high school,” Mooney said.” “[I’d be] coming out of school, and the other students were like, ‘Hey man, your grandpa’s in the gym,’ and it would be like 3 o’clock. But no, it means the world to me that they’ve supported me all along, and they’ve been there for me all along.”

Moreover, you can find Angela Mooney on Instagram here.