Meet the lovely Anne De Paula; the current girlfriend of Cameroonian NBA player Joel Embiid, the standout center player for the Philadelphia 76ers. Before joining the Sixers in 2014, Embiid played college basketball for the Kansas Jayhawks at the University of Kansas. 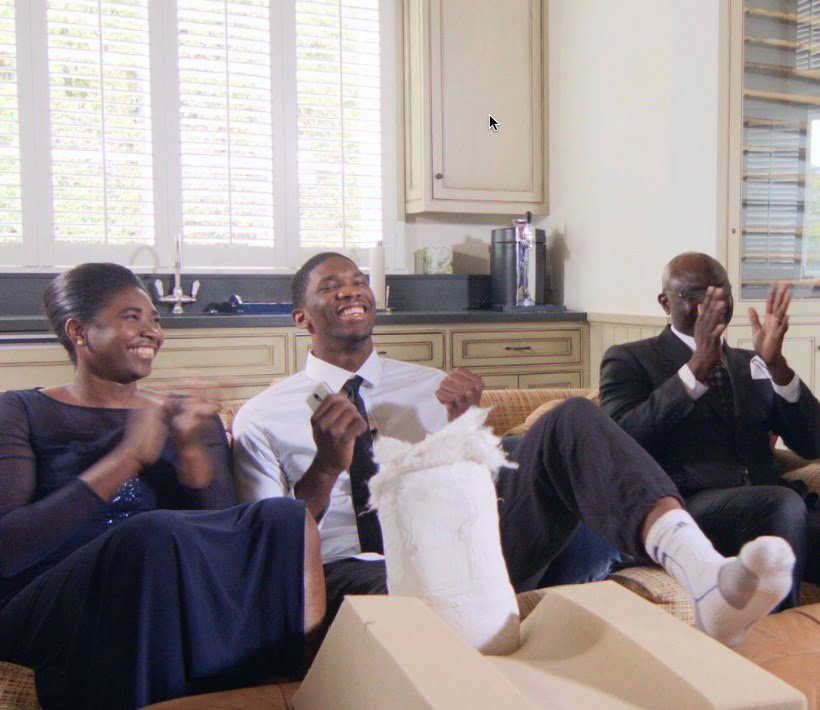 Joel Embiid is one of three children born to Thomas and Christine Embiid. His father Thomas is a retired military colonel who bak in the ay was captain of the handball team. His momma Christine was an athlete too, a fine volleyball player. 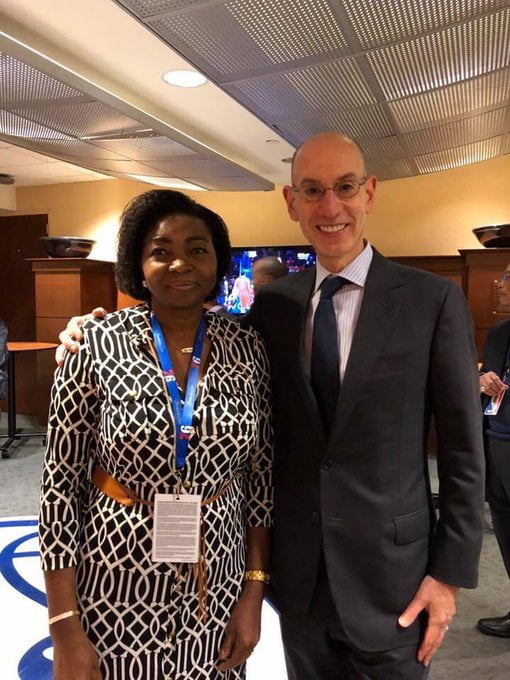 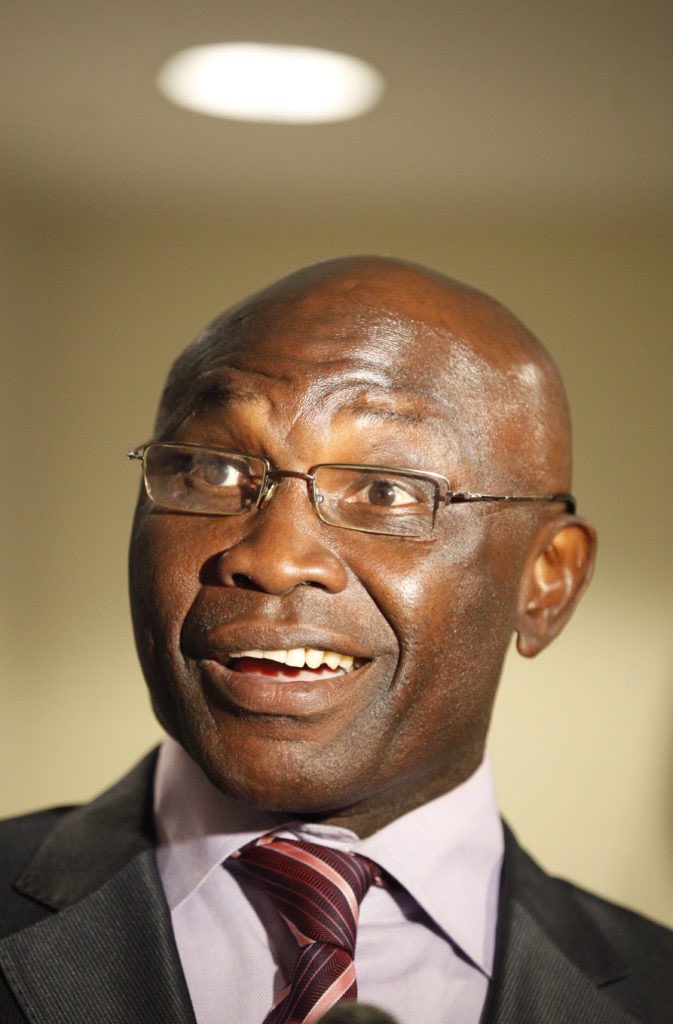 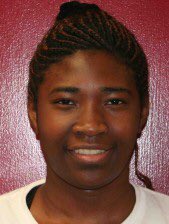 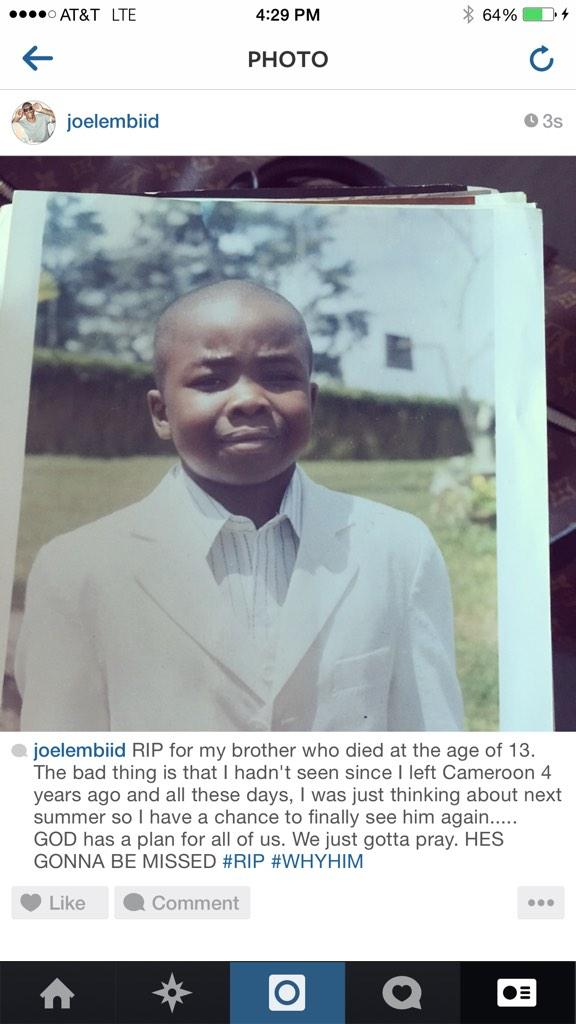 Arthur Embiid was just 13 when he was killed in a horrible accident back home, According to Joel, Arthur was walking to his home with some of his classmates when he was struck by a truck.

Just like that, my brother was gone.  He was so full of life, and somehow he was just gone. Nobody could believe it.  It was a shock to our whole family, and honestly it’s something we’re still dealing with.

I was only able to go back home for a few weeks for his funeral. When I came back to Philly, I kept rehabbing, trying to get better … but I was in a really bad place. With Arthur gone, I felt like I had lost my purpose in life. I really just wanted to quit the game and go back home to Cameroon to be with my family. And, you know, it’s not like a movie where someone sat me down and had some conversation with me, or I picked up a basketball and all of a sudden everything was O.K.

Joel Embiid played basketball at Montverde Academy and The Rock School in Florida before committing to play for the Kansas Jayhawks at the University of Kansas from 2013 to 2014. He opted for Kansas over offers from Florida and Texas.

In his only season with the Jayhawks Embiid averaged 11.2 points, 8.1 rebounds, 1.4 assists and 2.6 blocks in 23.1 minutes per game in 28 games. He was named to the USBWA All-America Freshman Team, Associated Press All-America Second Team, NABC All-District 8 First Team

How Old is Joel Embiid?

Joel Hans Embiid is 28 years old. He was born on March 16, 1994, the eldest son of Thomas Embiid and his beautiful wife Christine Embiid.

Where is Joel Embiid From?

Jol Embiid is from Cameroon, he was born in Yaounde, the capital of Cameroon; because of that Embiied is fluent in Bassaa, French as well as English.

As of April 2022, Joel Embiid net worth has been estimated at $35 million. In addition to his salary from his contract with the Philadelphia 76ers, Joel Embiid earns roughly $6 million from his endorsement deals with  Amazon, Mountain Dew, Under Armour, Paqui Chips, Hulu, Crash On the Run. 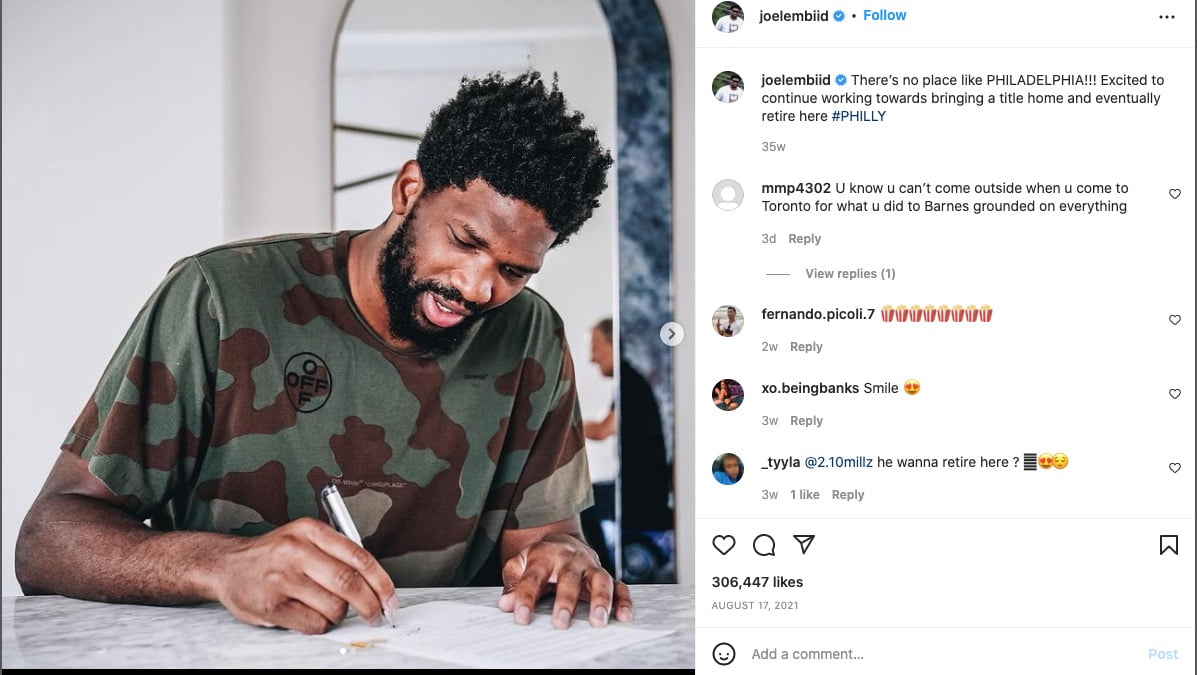 Here is a timeline of Joel Embiid’s injuries.

Joel Embiid is not married just yet, but he has a girlfriend with whom he shares a beautiful son.

Joel Embiid’s girlfriend Anne De Paula a Brazilian fashion model has been dating her 7’0″ stud since 2018. Anne was born on March 31, 1995, in Rio de Janeiro Brazil, Anne made her way into Sports Illustrated after winning the magazine’s Model Search in 2017; she has been in the swimsuit issue ever since.

Ms. De Paula said she got into modeling thanks to her momma who asked her if she would be interested in modeling after an agent in Brazil asked about Anne.

“I became a model by accident, or I would say because of my mom,” she tells Maxim. “She asked me if I wanted to do a professional photo shoot after she was approached by an agent in the city. And here I am now. Thanks, mom!”

That was when she was 14. Lots of amazing things have happened to her career. 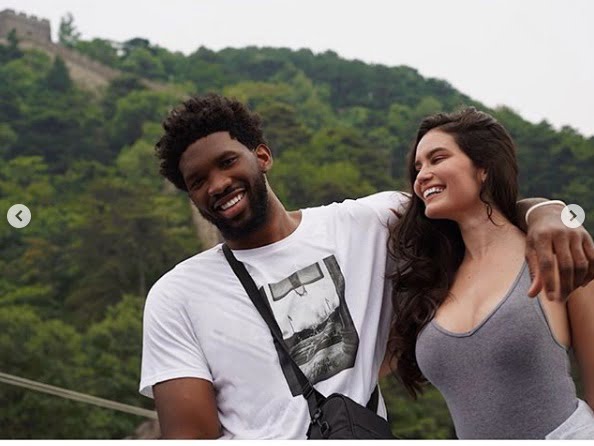 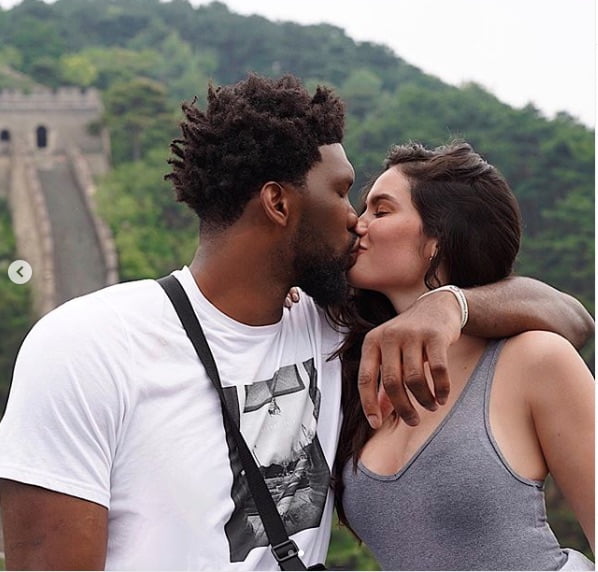 Prior to her relationship with Embiid, Anne dated Irish singer Danny O’Donoghue, frontman of the rock band The Script. 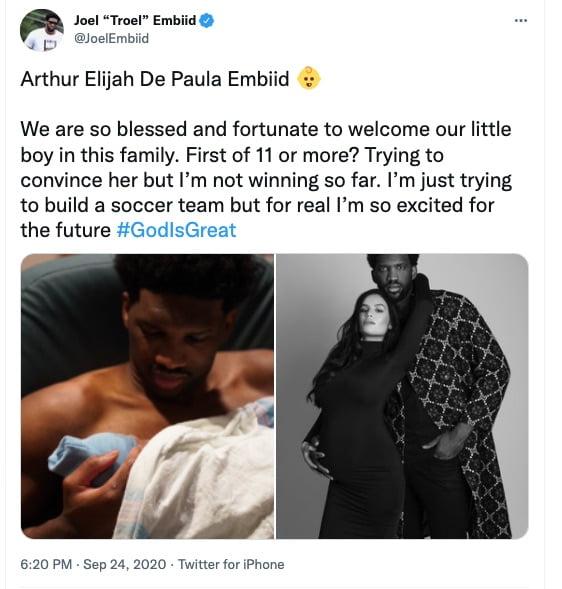 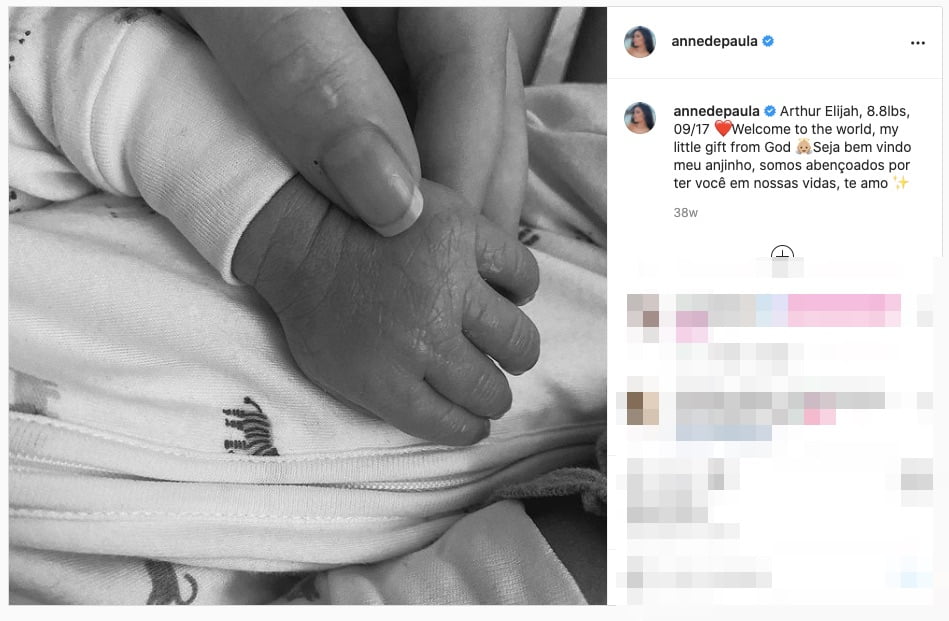 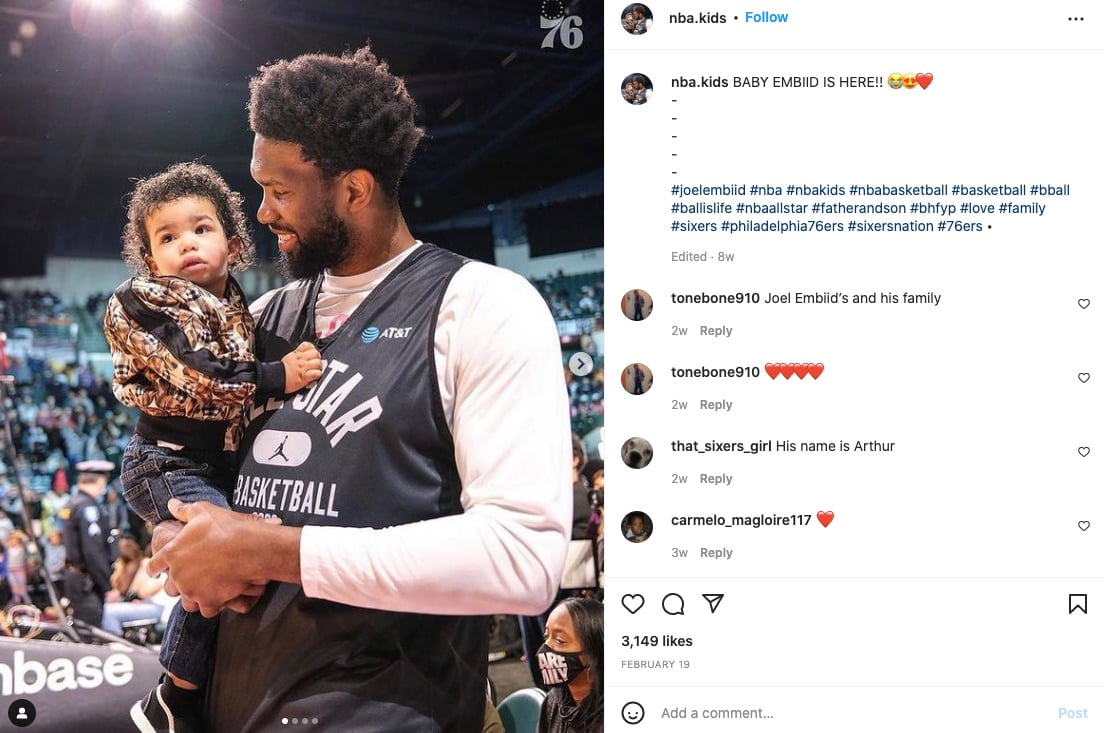